What did Lore get from collaborating with the Crystalline Entity?

In the Next Generation episode DataLore we are introduced to the Data's brother Lore and the Crystalline Entity. Through the episode it is shown that Lore had a partnership of sorts with the Entity, having been responsible for it attacking the colony Omicron Theta and planning to feed the Enterprise crew to it.

While it is true that Lore held little regard for humans, believing them to be a lesser species, he doesn't come off as someone who would help another for no personal gain. So what did Lore receive from the Crystalline Entity in return for leading it to, or bringing to it, sources of food. Was Lore doing this simply for the feel good feeling of killing people, or was there some other motive?

IIRC he used the CE to get revenge on the colonists for having him deactivated. He thought they were all jealous of his abilities but they were really just afraid of him because Lore saw them all as inferior.
In a later episode (Brothers), Noonian Soong reveals to Data and Lore that the colonists were terrified of Lore as he was malfunctioning.

Lore needs to use the Crystalline Entity to kill the colonists as he's unable to disobey his creator; Dr. Noonian Soong.

We know that Lore was built with a more "human-like" personality than Data as well as being exposed to the scanned memories of the colonists on Omicron Theta. Whether this process is what pushed him over the edge of sanity or whether he was always going to go insane is not explained but regardless of the cause, Dr Soong identifies that the colonists were terrified of Lore and petitioned Soong to deactivate him, something that he was able to do with ease.

Soong stands and turns to Lore.

There's no canon reference as to when Lore first learned to communicate with the Crystalline entity but what's apparent is that somewhere between the date of his creation and his ultimate deactivation, he made contact with entity and drew it to the colony with the main intention of killing the colonists, something that Lore can't do because of the block on his free will

SOONG : (continuing to Data) Lore is far from the maniacal android you have made him out to be. In any case, he'll obey me. He always did.

The Crystal Entity appears to be both sentient and intelligent, responding to direct verbal commands given by Lore over a communication channel. Since the entity isn't bound by the same restrictions as Lore (e.g. to obey Soong) it makes perfect sense that Lore would have contracted out the murders to a third-party hitman. 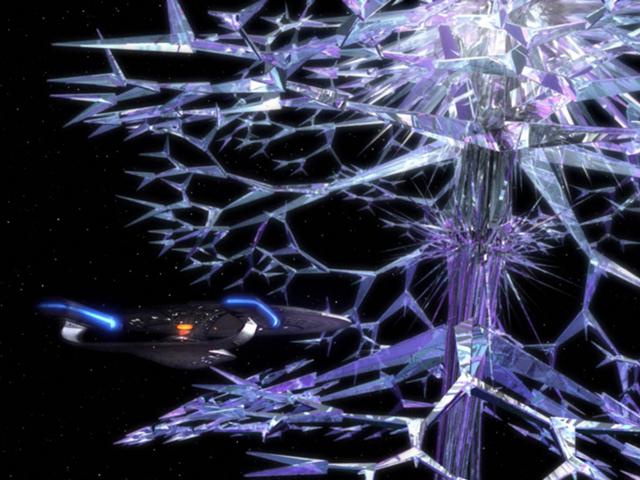 My understanding was that Lore used the CE to take revenge from the colonists, but it is not clear then why he called it back to feast on the Enterprise.