What color is the sun of Apokolips?

I recently watched Superman/Batman: Apocalypse, and as noted in the question Does Superman have super powers outside of our solar system? Superman and Supergirl have all their powers on Apokolips. The answers pointed to the fact that Kryptonians get their powers from any yellow sun, can potentially store energy from our yellow sun when away, etc...

What I want to know is what color is the sun of Apokolips? It seems like there is a lot of explanation of why a Kryptonian might have powers there, implying that it's sun is not yellow. I am curious because it seemed that Supergirl was there for a while and I would have assumed that her powers would have faded by the time the Justice League arrived if the sun wasn't yellow.

There is no definitive evidence of the color of the sun of the Fourth World, the home of New Genesis and Apokolips. Since they are both in a completely different universe, one that is closer to the Source, there may be extenuating circumstances for Kryptonians maintaining their powers there since it has been implied the Source is at least partially responsible for metahuman abilities.

The Source can be considered the Consciousness of the DC Comics Universe, where it is the non-religious equivalent to Buddha-nature. It is the "source" of all that exists. Alternatively, it can be considered a description of the Creator God of the Universe, a science-fiction analogue based on Judaeo-Christian belief. Mostly associated with the New Gods, the Source was the supposed origin of the "god-wave" that is believed to have been responsible for creating and empowering the "Gods" of the DC Universe with their divine abilities. It also seems to be partially responsible for the ability of DC residents to develop super-powers, especially those which defy physics. (emphasis mine) --Wikipedia > The Source

In previous DC continuities, particularly in the Silver Age, Superman has visited both New Genesis and Apokolips and retained his powers sufficiently to operate in both places. However, the strongest beings of these realms rival Superman in physical abilities. Beings such as Orion and Big Barda have comparable superhuman strength and Darkseid's is considered even greater than Superman's under most conditions. 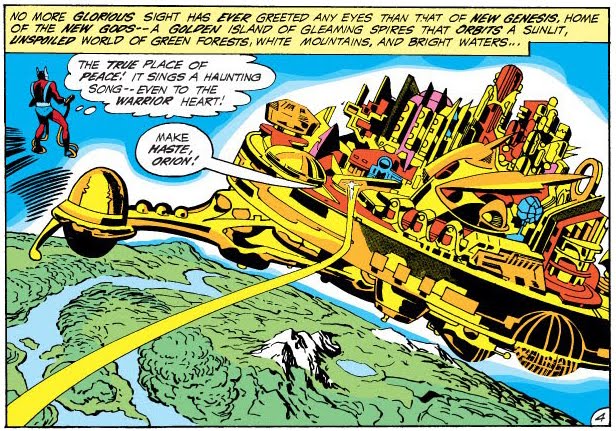 On New Genesis, the sky is lit and blue, so there is a possibility of there being a yellow sun in the New star system shared by both planets. Given the polluted skies of Apokolips, the sun is never seen in any event.

Given this information, we are forced to make assumptions:

There was an Elseworlds graphic novel titled Superman, The Dark Side where Superman's was transported to Apokolips by Metron and whose powers did not develop on Apokolips. Darkseid created a battle armor which channeled the power of the Apokoliptian fire-pits to his Kryptonian body, giving him a semblance of his Kryptonian might. He later discards this armor on Earth, once exposed to yellow sun radiation. 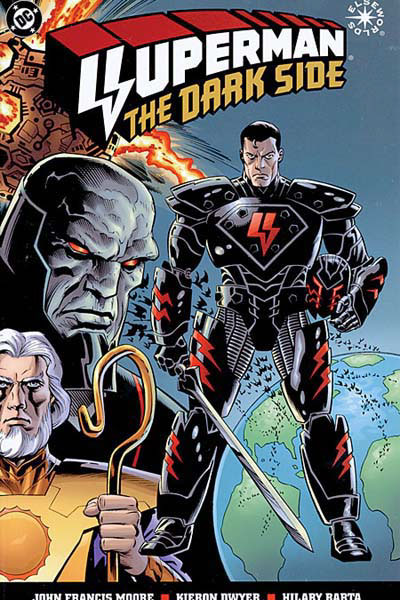 5
Does Superman have super powers outside of our solar system?

6
Why did Superman & Supergirl start to suffocate instantly when Luthor made our yellow Sun red?
5
How were Krypto and Superboy able to fly after Luthor made our yellow Sun red?
5
Does Superman have super powers outside of our solar system?
3
Do Kryptonians know about the effect of yellow suns and how did they use it?
1
Why not make "supermen" on Krypton?
0
What was Mongul referring to about red suns?
3
Is it canon that Superman became stronger than Zod because he spent more time exposed to our yellow sun?