What are the links between “After Earth” and Scientology?

I've seen a couple of comments about Scientology and the movie After Earth, and it seems like there may be a belief that the movie is a thinly-veiled propaganda piece for Scientology.

In what ways does After Earth demonstrate Scientology principles, imagery, etc.?

Having read Dianetics cover to cover, it was easy to see this movie was espousing many of the concepts of L. Ron Hubbard's creation.

Mastery of Fear and Emotion

One of the main goals of Scientology is teaching its followers to abandon supposedly harmful and unnecessary emotions such as fear. As members progress through the Church of Scientology, they are supposed to suppress their harmful emotions and traumatic memories of past lives to gain mastery over matter, energy, space and time, or MEST.

Will Smith's character is almost robotic in his mastery emotion, so much so, it allows him to escape the tale's big bad, the Ursa.

Throughout “After Earth,” Will Smith’s character Cypher remotely guides his son from the spacecraft in which they crashed. Cypher not only gives Kitai advice on how to achieve immediate goals, but also guides him into overcoming his fear and traumatic past. Additionally, Kitai wears a suit that measures his vital signs, which Cypher uses to guide him more effectively.

Scientologists have an interview process called auditing. When followers are audited, Church of Scientology leaders interview them for hours about their past lives, fears and greatest faults, all in the hope of pushing the followers past their unresolved issues. Similar to “After Earth’s” biosuits are devices called electropsychometers, or E-meters, which Scientology leaders use to monitor the followers being audited. 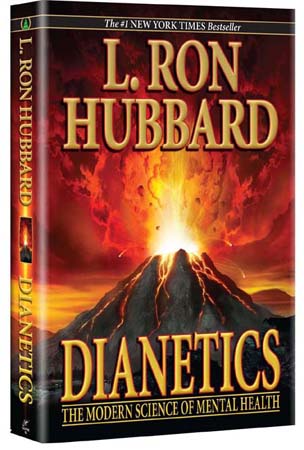 Volcanoes are big in Scientology. The erupting volcano on the cover of Hubbard’s “Dianetics” is not there by accident, as volcanoes play a major role in one of the central myths of Scientology. The religion purportedly incorporates a series of metaphors called space opera that detail our past lives millions of years ago across wars on alien planets. One of these is the story of Xenu, which is reportedly revealed to Scientology members who reach Operating Thetan Level III by parting with pretty big chunks of change and undergoing years of study. International Business Times

Note the appearance of the volcano on the cover of the Dianetics book, it is an almost perfect match for the volcano in the movie, seen below. Volcanos play a huge part in the Scientology culture and are a signature element used in almost all of their significant advertising and print media.

The 1968 and subsequent reprints of Dianetics have had covers depicting an exploding volcano, which is reportedly a reference to OT III. In a 1968 lecture, and in instructions to his marketing staff, Hubbard explained that these images would "key in" the submerged memories of Incident II and impel people to buy the books. --Wikipedia >Influence of OT III on Scientology

Since the 1980s, the volcano has also been depicted in television commercials advertising Dianetics. Scientology's "Sea Org", an elite group within the church that originated with Hubbard's personal staff aboard his fleet of ships, takes many of its symbols from the story of Xenu and OT III. 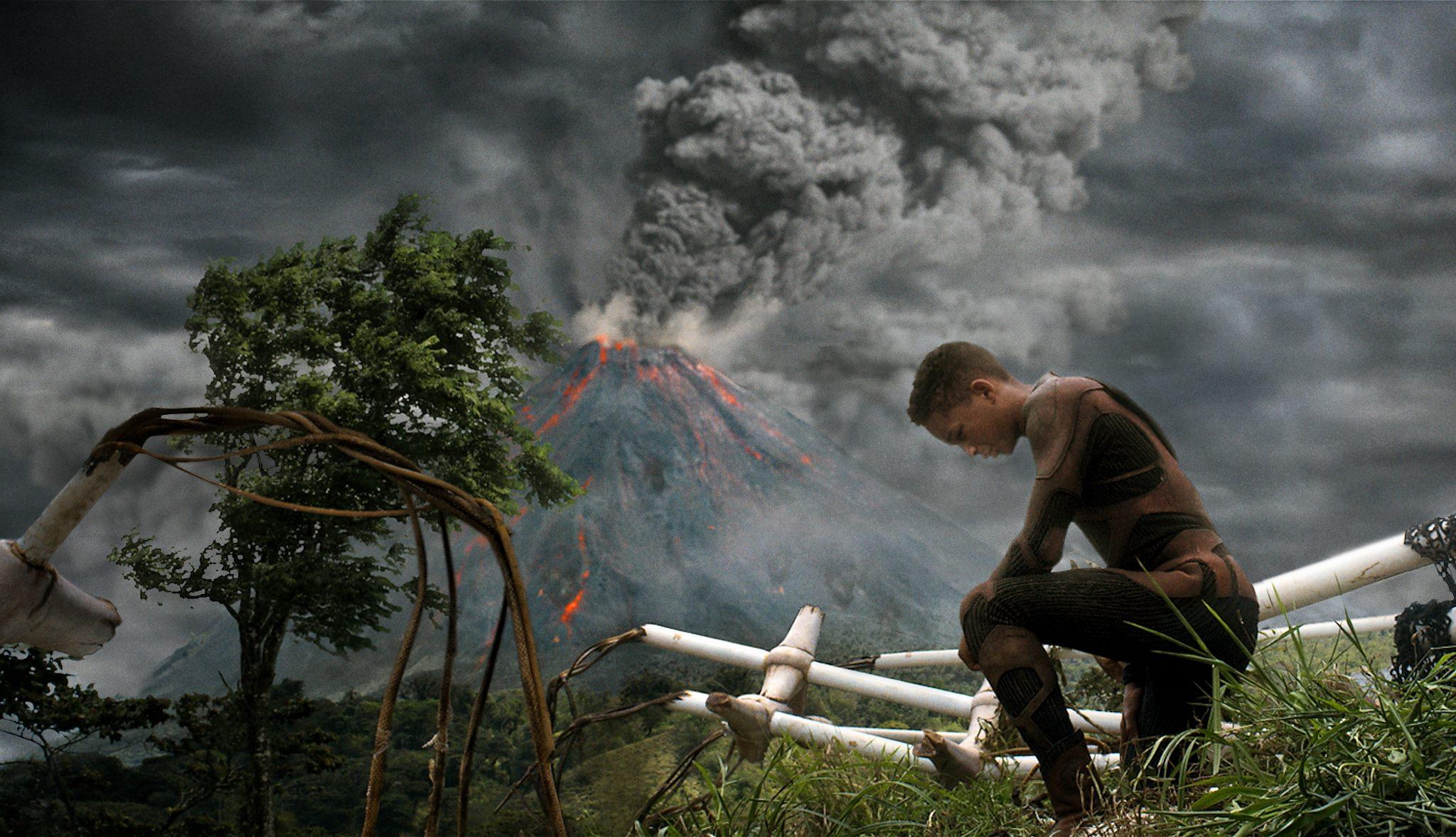 Will Smith does not claim to be a Scientologist but he considers many of the ideas used in the religion to be "brilliant" and has made many donations to facilities teaching Scientology's ideas. Will Smith is credited with writing the base story for this movie, so his perspective should be considered when discussing what underlying themes may be present.

Peter David, who was involved with the script from the second draft and wrote some of the tie-in material, has said on Twitter that Scientology was "simply not an element" that was considered.

"@jonrhein I was involved with the script from the second draft. Scientology was simply not an element."

Not the answer you're looking for? Browse other questions tagged after-earth l-ron-hubbard or ask your own question.

46
Is there any evidence for the bet between Robert A. Heinlein and L. Ron Hubbard?
16
Did L. Ron Hubbard Foreshadow Dianetics and Scientology in Earlier Works?
8
In the movie After Earth, why were humans unable to breath Earth's atmosphere?