Why do the Martian aggressors in Robinson Crusoe on Mars look the same as those in War of the Worlds?

The Martians in the film Robinson Crusoe on Mars (1964) look near identical to those in War of the Worlds (1953).

Was this a deliberate story element, an artifact of production such a cost-saving (they have the same director), or something else? 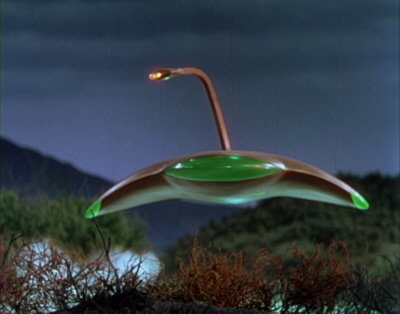 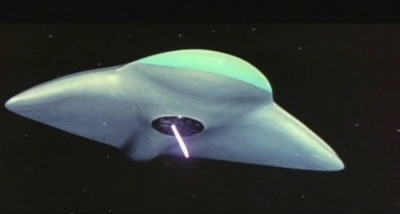 According to the IMDB:

The Martian spacecraft are left-overs from The War of the Worlds. Director Byron Haskin was involved in both projects, although George Pal is often given sole credit for the earlier classic.

Props in Hollywood are often stored and repurposed in other movies after getting a new skin.

In the appendix of Kenneth Von Gunden and Stuart H. Stock's TWENTY ALL-TIME GREAT SCIENCE FICTION FILMS, it is noted that:

"According to (Al) Nozaki, it's possible that DRAWINGS based on the War Machines from WAR OF THE WORLDS were used for the spaceships in RCOM rather than three-dimensional models."

This idea is borne out by the staccato motion of the ships, and the fact that every shot of the RCOM ships is from the very same angle, and zoomed in or out to appear to move.

Not the answer you're looking for? Browse other questions tagged movie mars war-of-the-worlds or ask your own question.