Is there a fictional language in Star Wars named after mechanical engineering professor Cemil Bagci?

In a recent (now deleted) answer to a question on scifi.se about why a translator who could speak Bocce was needed in Star Wars: A New Hope, the claim was made that the language is actually "Bagci", and was to honor the engineer, Cemil Bagci, who built R2-D2.

I was able to find what appears to be an official press release by Tennessee Tech University, where Bagci taught, that repeats this claim:

Cemil Bagci, a long-time mechanical engineering professor at Tennessee Technological University, provided advice to George Lucas' production company on how to animate models of robots, how drive motors work and how linkages are put together -- in engineering terminology, the fundamentals of kinematic motion.

Bagci's contribution is commemorated in the movie with "Batchi" -- the language spoken by household computers and home robots. "Tell your uncle if he gets a translator to make sure it speaks Batchi," Luke Skywalker's aunt calls out in an early scene

Note that the Wookieepedia and Wikipedia both reference the language's name as "Bocce", and not "Batchi", as claimed in the 1997 press release from Tennessee Tech.

Are there official sources that confirm a link between the language referenced by Aunt Beru and the engineer from Tennessee Tech? Can anyone confirm that Bagci "provided advice to George Lucas' production company on how to animate models of robots, how drive motors work and how linkages are put together -- in engineering terminology, the fundamentals of kinematic motion"?

Cemil Bagci was a professor of Mechanical Engineering at the University of Tennessee until 1996.

There's no firm evidence to suggest that Bagci was the designer of R2-D2, in fact Ralph McQuarrie is credited as being the cover artist for the first confirmed sighting of R2-D2 (complete with waving arms) on the cover of The Adventures of the Starkiller: Episode 1; 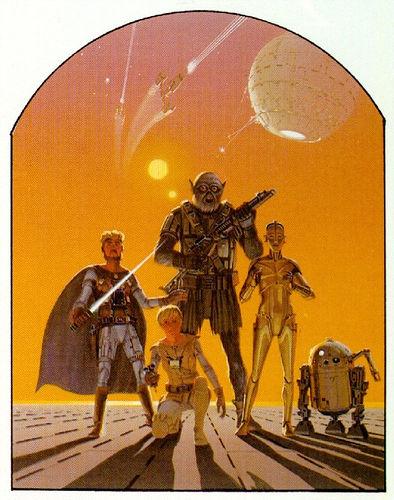 There are also some some (unfortunately undated) McQuarrie concept sketches that supposedly pre-date the book cover; 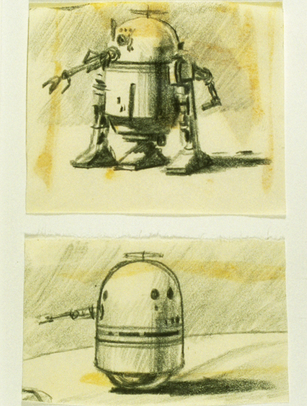 When asked in a brief interview for his university website (dated January 01/31/97) whether his name was commemorated in the film, he confirmed that this was the case but stated (modestly, it seems) that his contribution had been minor.

Bagci's contribution is commemorated in the movie with "Batchi" -- the language spoken by household computers and home robots. "Tell your uncle if he gets a translator to make sure it speaks Batchi" Luke Skywalker's aunt calls out in an early scene as Luke and his uncle head out to bargain with diminutive Jawas over their collection of junked robots. One of the rejects did speak the language, and so C3P0 and his companion R2D2 begin their adventure in the film.

"The connection hasn't escaped Tennessee Tech students. "A student came into my office just yesterday," Bagci said on Friday. "He said he wanted to ask a question and it wasn't about coursework, it was about 'Star Wars.'" It was also little surprise. In the 20 years since 'Star Wars' debuted, Bagci says doctors, acquaintances and even strangers have commented on his name and asked if there was a connection to the acclaimed science fiction trilogy. The fact that Bagci speaks rapid-fire Turkish-accented English underscores the connection, students wryly note."

Given that he didn't die until 1998, we could reasonably assume that he would have requested a correction if this press-release had made false assumptions.

There's also an interesting article on the Official Star Wars website relating to the problems that John Stears, Mechanical Effects Supervisor for Star Wars had encountered;

In 1976 when Stears approached animatronics experts for help in creating the droids of Star Wars, he was told that it would be 'virtually impossible' to create mechanical beings with the functionality he described, even for a film, without many years of work. Stears gave up on the experts, and his crew had the robots ready in a few months. Admittedly, there were many difficulties with the experimental original working droids, especially in Tunisia, where their radio-controls often went haywire, but in the end the creations of Stears and his crew became a truly convincing set of cinema droids, and R2-D2 was the standout.

Given that following the "consultation" the decision was taken to have a human actor inside R2-D2, it does beg the question whether the 'experts', presumably including Bagci were in fact correct that a fully animatronic R2-D2 would have been impossible.

On a side note, it's also worth noting that the word "Bocce" isn't found in any of the Star Wars screenplays or scripts until August 1, 1975 at the same time as the technical description of the "'droids" is greatly expanded, lending greater credence to the suggestion that the name was included after a technical consultation had taken place.

I was a Mechanical Engineering student at Tennessee Technological University in the early to mid '80s. Dr Cemil Bagci was originally from Turkey and did possess the thick accent afore mentioned. He was my instructor in Machine Design I & II. Not only was Dr Bagci a genius in mechanical design, linkages and drivetraines he was also a programming guru in the most advanced engineering programming language of that era called Fortran. This engineering programming language was used to solve the most complex computations required to design working machines with 6 degrees of freedom. I also have had the privilege of working with both his sons (Ismael & Ali). Dr Bagci was ahead of his time in regards to robotics and understood fully that it would take the advent of electromechanical drives and controls (that we now know as servo motors) to enable animatronics and accurate control for the movement of articulated robotics. It has been my understanding and belief that the reference to the droids being able to speak BAGCI (not Batchi nor Bocce) was in honor of his contributions to the young George Lucas and his engineering teams to develop working robots for the original Star Wars movie released in 1977. JK Automotive Project Engineer

Dr. Bagci’s son, Ali, is an acquaintance of mine. He has told me stories he remembers of his dad leaving Cookeville to go to California and Tunisia to work on the production. He even has production paperwork his dad brought back with him from his trips. The language being called Bagci is a tip of the hat to Dr. Bagci.

30
Why would the Larses need a translator droid that spoke Bocce?