What is the map of Barsoom that Carl Sagan had outside his office?

Read the wiki article on Barsoom that references the fact that Carl Sagan had a map of barsoom.

I can't find a very good one on the Internet and even if I did, it would be extremely cool to have the same one that Carl Sagan did. So, just in case someone can find maps that match the time period, that might answer the question, even if it's impossible to find the exact map.

This is reputed to be Edgar Rice Burroughs' first map of Barsoom. Since this map was created there have been multiple attempts to map Barsoom from various writers and publishers telling stories on Barsoom. 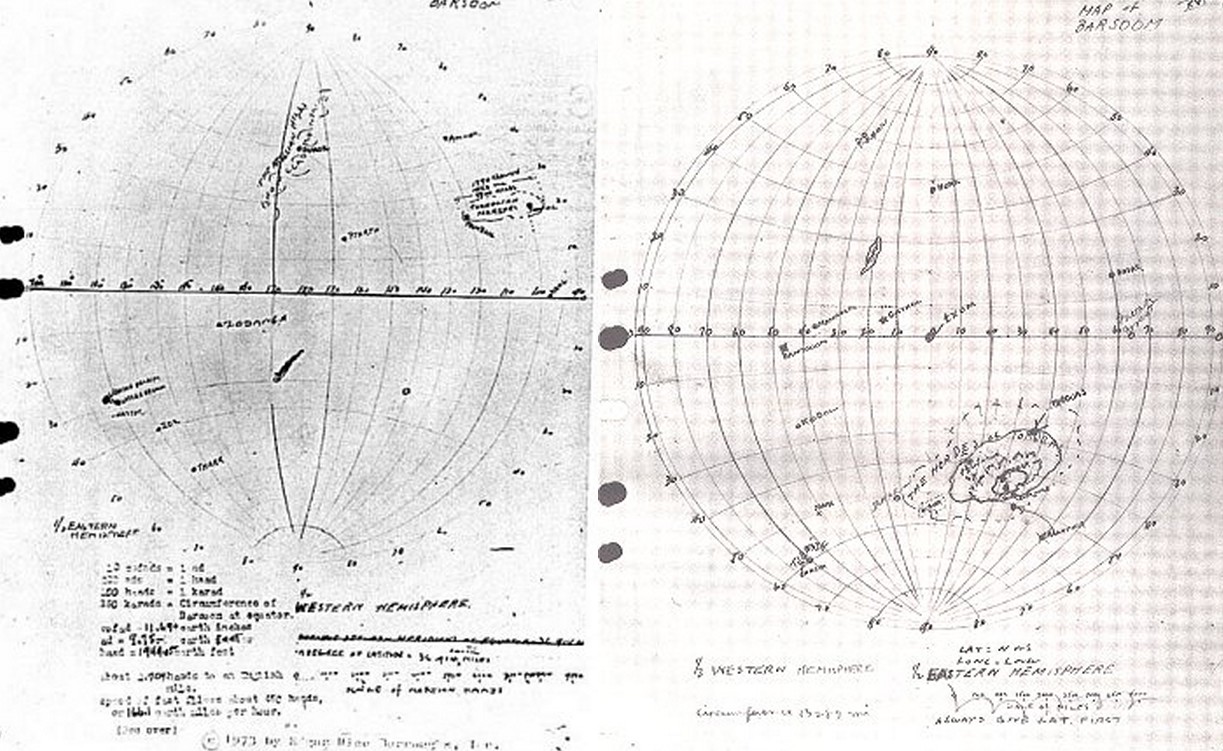 Edgar Rice Burroughs drew crude maps to locate his John Carter's adventures, but he was not a cartographer. Moreover, his work constitutes entirely a second hand account. He was not the source, rather, he related tales told by John Carter. Accordingly, as a dedicated and prolific scribe, he may be forgiven for the occasional error.

In the 1940's a substantially more elaborate map was drafted, intended to overlay ERB's Barsoom over the map of Mars as it was known then. That original Map of Mars has turned out to be highly inaccurate, and so the superimposition of Barsoomian locations must be taken as equally inaccurate. In fact, the most compelling thing about the 1940's map is that it was an attempt, and it was clearly ERB’s intention to superimpose Barsoom onto Martian geography. ~ Den Valdron from the Geographers of Mars Series

Since this first map, many more fanciful maps have been draw and created and even though the original mapping of Mars to Barsoom is considered to have been a failure, it did not stop writers from creating new maps and imagining new tales on Burrough's Barsoom.

Wow, great question. All I could find is this link with many maps of Barsoom on it.
(So, take your pick!)
One of the pictures is by cartographer Larry Ivie apparently drawn in the 1960s.
Here's a closeup of the image.
If I'm reading the wiki correctly, Dr Sagan was at Cornell from 1976-1996, therefore this map could be a contender but as you stated this might be impossible to find.

Not the answer you're looking for? Browse other questions tagged john-carter carl-sagan or ask your own question.

9
Is the Encyclopaedia Galactica in the Hitchhiker's Guide a reference to Asimov's Foundation Trilogy Encyclopædia Galactica or a tribute to Carl Sagan?