Who is the most powerful user of the Force?

I just saw a commercial for the new Star Wars game where Starkiller vaporized an entire platoon of stormtroopers with a single energy blast or something.

What are the effective limits on the Force and who is its most powerful user within both the accepted canon and Legends?

If you go by canon's theory that midi-chlorian counts are The Thing:

"The Father" kept "The Son" and "The Daughter" at bay, and made sure there was balance in the Force.

"The Father" also made sure the that Abeloth didn't destroy or ruin the universe.

Entire religions were spawned after "The Ones."

In the Star Wars Universe nobody was more powerful in the Force than "The Father" as he kept things in order for all that time and had a huge responsibility, without him things would have fallen apart.

Since you included "Force entity" in your question, this is a clear cut answer.

The Father: You cannot imagine what pain it is to have such love for your children and realize that they could tear the very fabric of our universe.

AS: I don't understand.

The Father: It is only here that I can control them. A family in balance. The light and the dark. Day with night. Destruction replaced by creation.

AS: Then why reveal yourselves to us? There are some who would like to exploit our power. The Sith are but one.

The Father: Too much dark or light would be the undoing of life as you understand it. 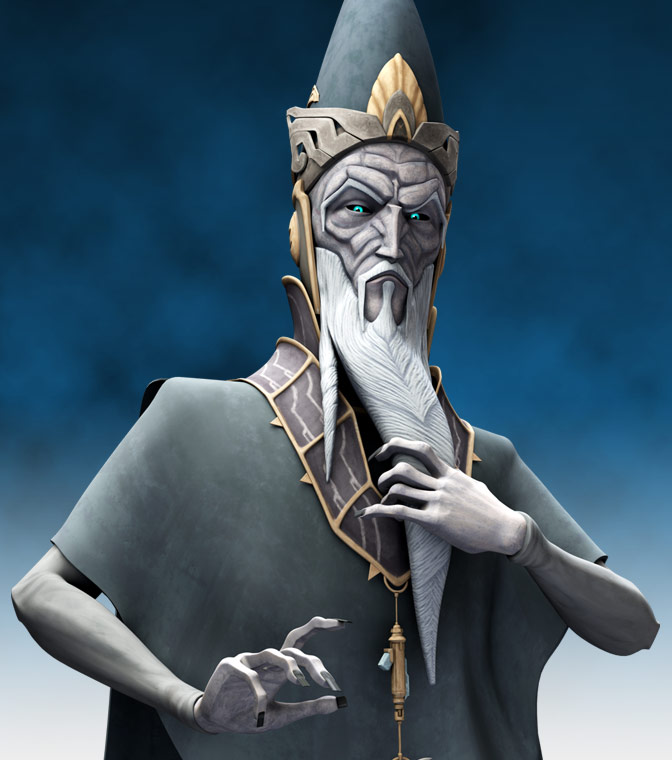 So the guy keeping "life as you understand it" together and holding the Force in the balance for over a million years is definitely the most powerful Force wielder ever.

I can include more quotes, but clearly The Father is the most powerful Force wielder. After him come The Son, The Daughter, and Abeloth. These beings are stronger in the Force than multiple Jedi or Sith combined.

The Sith Emperor. I just read Star Wars: The Old Republic: Revan, and I have to say he is the most powerful. Before the age of 10, he killed his mother and foster-father and by 10 took over his planet and forced his biological father to flee.

At 13, he gained the attention of Marka Ragnos and quickly became a Sith Lord. He created the Sith Empire, destroyed 9 members of the sith council at once. He bent Revan and Malak to the dark side, made himself immortal, and possibly unleashed the most perverse force technique to date- completely "ate" his homeworld of Nathema, turning it into a place completely devoid of the Force.

The Father from the Clone Wars series is a hot candidate. It is not entirely clear whether Anakin is stronger in raw power but Father and his offspring sure do things I am rather sure are unique.

In general, the question may be ill-posed. There are multiple examples of Jedi being stronger than others in some areas but weaker in others. A prominent example would be Corran Horn who is useless at telekinesis but has the rare talent to absorb raw energy.

It should first be noted that Force abilities & power fluctuate depending on the medium. In the comics & video games, we have seen displays of power that absolutely blow away anything we've seen in the films or Clone Wars series. That said, I'll break the answer up into two sections - the current (Disney) canon level, and the Legends/Everything level.

As of August 2015 (we still haven't seen the new trilogy yet), the single most powerful Force user in existence is Luke Skywalker. Luke possesses all of the raw talent & power that his father Anakin did, and Anakin was believed by Mortis to be the most powerful user of the Force to ever exist.

After becoming Darth Vader, Anakin found his abilities "capped" by his alterations. Luke, however, is not as limited by a loss of body mass like his father was, and therefore should be capable of reaching nearly his maximum potential - a potential that would rival or exceed anything we saw from Anakin. Whether or not we will see this potential on-screen remains to be seen, but is quite possible as an older Luke appears in the new trilogy coming up.

Other contenders would be:

If we look at the entire SW universe - the Legends continuity, games, everything - then we find a plethora of candidates. The most likely contender, however, would be Abeloth. Known as The Mother, Abeloth's power seems to exceed that of even Mortis since it took both Mortis AND his children to imprison her. Even in a very weakened state, she faced off against numerous Jedi and Sith (often several at a time) yet consistently held her own, and the Force itself seems to be at her beck & call. She also had the ability to manipulate and outright control others, as well as cast illusions across an entire planet (not to mention hiding her rather gruesome appearance).

Abeloth known as the bringer of chaos and an entity of the Force. It required the combined powers of 3 Celestial beings and an ancient race of builders to imprison her and she has the power to exist in multiple forms on multiple planets simultaneously. She is by far the most powerful being that exists in the EU.

The Celestials are probably number 2.

Zenoma Sekot is probably number 3. An entire planet with the power to use the Force.

I believe he is the strongest user of the Force. His power and hatred is so strong he corrupts himself with his own Force, sucking it out of others and feeding constantly on the energy around him. His body completely became a pit of pure dark energy and Force that he had to seal his soul in his robes and mask. Its even told that he devoured an entire Force enriched planet to nothing, taking all its life energy and Force to feed himself. The more Force he fed off of and used, the more his hunger grew for more. He goal was to take the Force out of everything in the galaxy and supposedly bring "balance".

Supposedly Galen Marek. Not the clone, the one who died saving the rebel leaders. When he was 6 he could already Force-pull the saber outta Vader's hand, and he didn't even know about Force yet. And during the fight with Shaak-ti he freaking tased the giant pit of tentacle thingy half dead, and he was only 16 or something. Then he stopped a freaking star-destroyer on its path after he defeated a staff-guard and a whole station full of troopers, and those staff-guards are either Sith lord or Jedi master used-to-be or Revan himself (it was in the novel). He even defeats Darth Vader, and the Emperor. If he went ahead and killed the Emperor, then he won't be dead because of the Emperor's stealth-attack-with-critical-damage. Even so, he still took the full blast of Emperor's lighting for about half a minute, and detonating the Force, blowing one-fifth of the Death Star's surface to trash. On Wookieepedia, Luke is said to be the overall most powerful Force-user, but also that Galen would took his place if he did not die at the age of 18.

Even though Darth Vader apparently had a huge midichlorian count, he didn't wield the Force as skilfully as Palpatine (a.k.a the Emperor) who stayed in the shadows and ripped apart the galaxy with his Machiavellian manipulations and treason. He built a vast army of cloned stormtroopers and converted the Republic into the evil Empire in a similar way to Hitler, eventually resulting in genocide and the destruction of worlds. It seems likely all the time he was doing this he was using his Force powers to persuade, manipulate and disappear those who stood in his way. That is the true power of the Dark Side. By comparison what did Darth Vader actually achieve with his powers? Sure he stopped a blaster bolt with his hand. Choked a few guys.

Daniel BDaniel B
1522 bronze badges
2
Add a comment  |
Highly active question. Earn 10 reputation (not counting the association bonus) in order to answer this question. The reputation requirement helps protect this question from spam and non-answer activity.

1
Was/is Darth Vader the most powerful force user?
17
What does a high Midi-chlorian count actually mean?
16
What is the biggest display of power through the Force in Star Wars?
9
Can Luke deflect and absorb Force lightning?
2
How many midi-chlorians does Luke Skywalker have?
3
How hard is it for Jedi to use the force
1
Who is the most influential Sith? (Canon and EU acceptable)
-5
Who is the most powerful Jedi in canon?

51
How did Darth Sidious manage to diminish all of the Jedi's ability to use the Force?
2
How is Force Lightning possible?
18
What Legends material did The Force Awakens explicitly contradict?
9
Can the Death Star kill stars?
15
Are Legends legends?
2
Is The Force Awakens logo a tribute to the roleplaying game?
7
Does standing or hanging upside down improve one's connection to the Force?
11
Were the Stormtroopers on the Death Star ever intended to be a ground assault force?
8
Who decides who is a Sith Lord?
5
Has there ever been a red Twi'lek who wasn't a Dark Jedi or a Twi'lek Dark Jedi who was not red?