Why do Jawas always wear hoods? Even indoors. What do they look like?

What are Jawas supposed to look like under their heavy clothes? 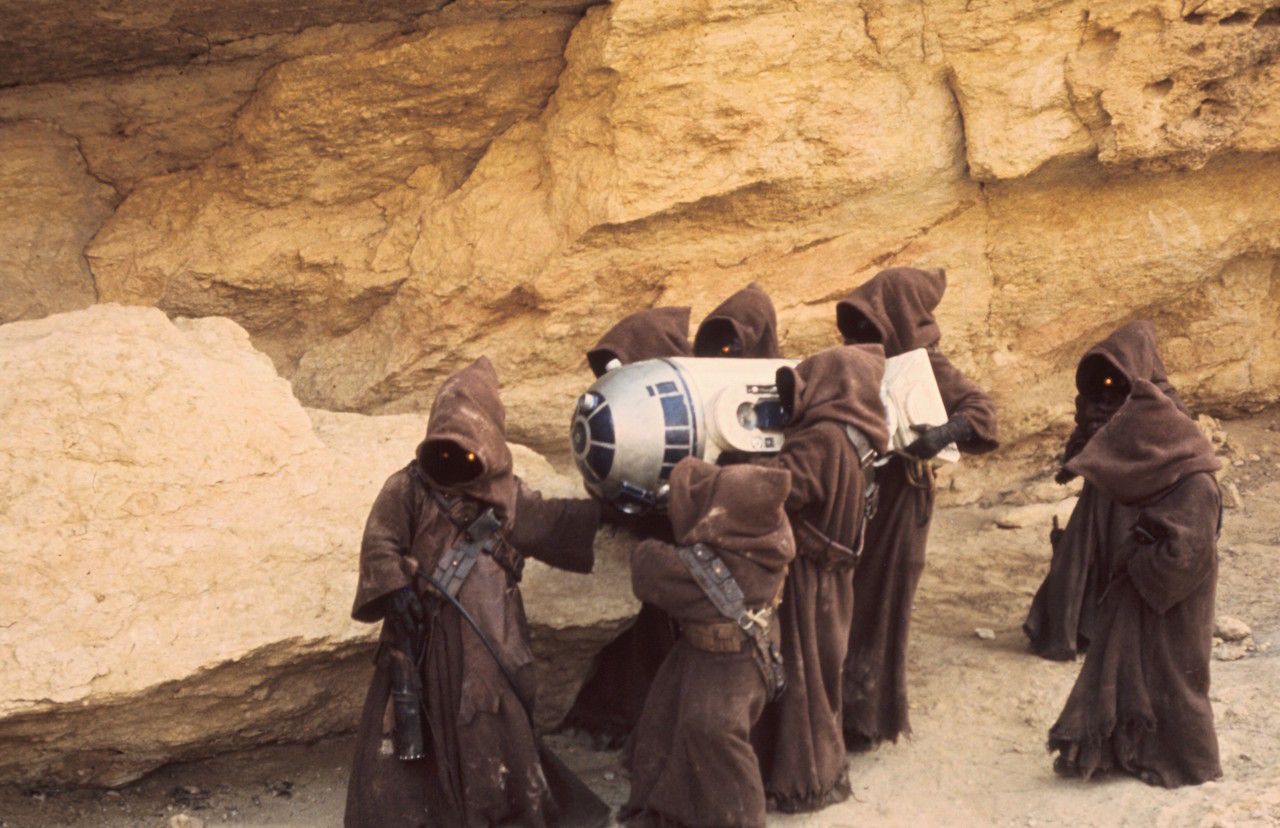 The short and easy answer: because those make for cheap, quick costumes.

And for the robes, those are used much like the ones from Dune, to hold in moisture, hide their identity and to dissipate their body heat. The glowing eyes they seem to have is the result of polished orange gemstones that are sewn into the robes to protect the Jawas’ eyes from the bright sunlight (no mention about WHY they would evolve such delicate eyes in such a hostile environment).

The robes are also soaked in some liquid which smells awful (to us), but helps keep them hydrated, and helps them communicate (with smell).

Why wear a hood, even indoors? Why do you wear clothing over your groin, even when it's really hot? Why do women cover their chests, even when they don't cover much else? Why do Muslim women wear veils? Why do orthodox Jews wear those little hats?

Clothing is not always functional. It is also cultural, and in that regard, it ceases to require rational explanation.

According to Ralph McQuarrie, the intention was to keep their identity purposely mysterious. Although he mocked up some "under the mask" concept art (and later books claimed that they were "rodent-like"), the reality is that the hoods were an artifice to hide their appearance from the camera. 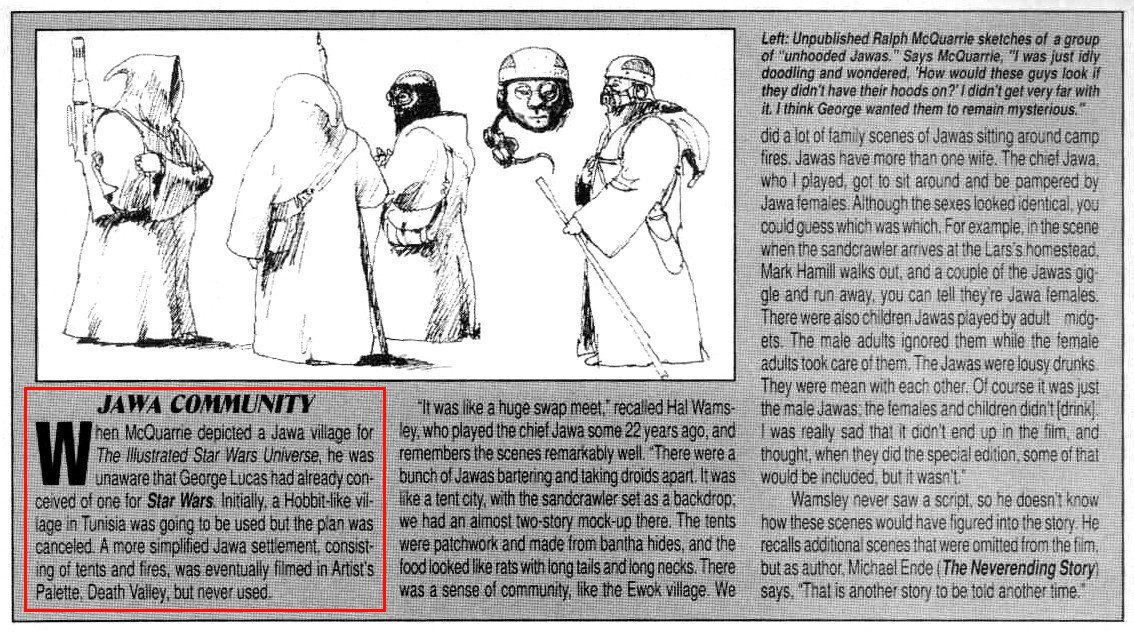 Because in the original Star Wars movie the actors were children. So they needed a costume to hide that fact.

Sometimes these props come about only due to the practical, real life problems the producers face.

The robes are cultural and practical (cultural as in tradition, practical as in their doused in chemicals that allow for scent to become a factor in communication, they keep in moisture allowing for cooling, and if a jawa steals something its pretty much impossible to tell which one).

No one's 100 percent sure what they look like, but from skeletal remains it seems they are rodent-like. Also, they DON'T speak Ewok, they speak their own language called Jawaese (really, look it up) which Lucas based on sped up Zulu.

The reason for delicate eyes is likely they interrupted the evolution process, by wearing veils beneath their hoods with gemstones over the eyes, leading to no need for stronger eyes. As for Tantooine's desert appearance, Tusken raider legends claim that the ancestors of the Tuskens and the Jawas insulted some great traveler or another, who then fried the planet with a death star-esque cannon which turned the surface of the planet into glass, which then shattered into sand.

Not the answer you're looking for? Browse other questions tagged star-wars aliens a-new-hope or ask your own question.