In comics, how many people have been killed by Superman?

Superman has to kill Zod after realizing he will not stop in his revenge. (I assume also that the fight against rogue kryptonians caused civilian casualties since the power they deployed breaks through entire buildings.)

So in the comic canon how many people have been killed (consciously or not) by Superman? Does he never kill enemies? What about non-humans and artificial intelligences?

The comic canon character of Superman does his absolute best to avoid killing other sentient life forms. If we were playing the Hero System games, his power limitation would be Code Against Killing, full time, absolute, complete with psychological breakdown if broken. With very few exceptions in his very long history, Superman did not kill his enemies.

Strangely enough it was not always this way. Early 1940 Superman was much less discriminating in his handling of mobsters and other reprobates, threatening them with great physical injury unless they complied.

It was early in the 1950's where he started getting his squeaky clean Boy Scout reputation complete with his Code Against Killing. Now part of this was due to the Comics Code Authority which mandated particular behaviors so most superheroes during this time cleaned up their act.

Superman is a bit less discriminating with robots (which explains why many of his enemies in the Max Fleisher's films were unintelligent robots. Back in the 50's and 60's artificial intelligence was much less well known so Superman treated anything which considered itself living to be so and was reluctant to kill them as well.

Superman's code against killing was nearly absolute during the Silver Age and wasn't effectively challenged until the Post Crisis (Superman #22) where Superman confronts the Phantom Zone villains from a parallel reality. 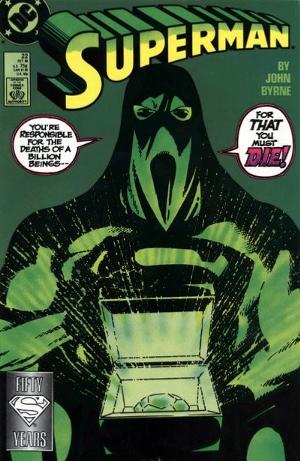 These Phantom Zoners murdered all six billion humans living on their world and were seeking a path to other realities. Superman confronts them, passes judgement for their crimes and kills them with Kryptonite from their reality (harmless to him). 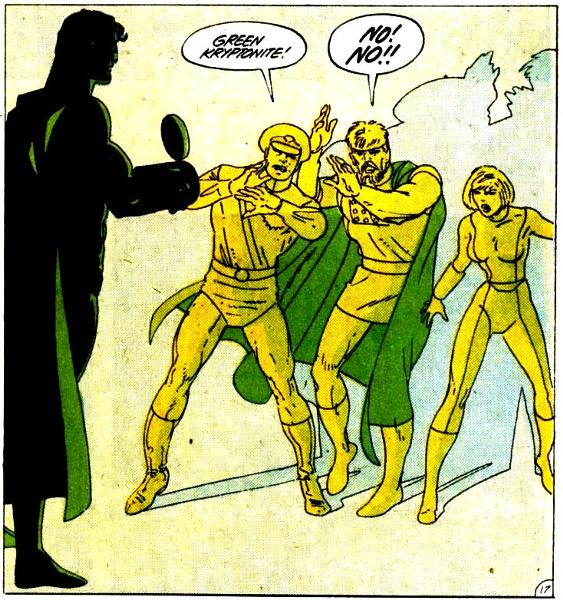 This is his most famous act of judgement until he battles the monster Doomsday, where he and the creature battle each other to a standstill and kill each other with their last simultaneous blows. 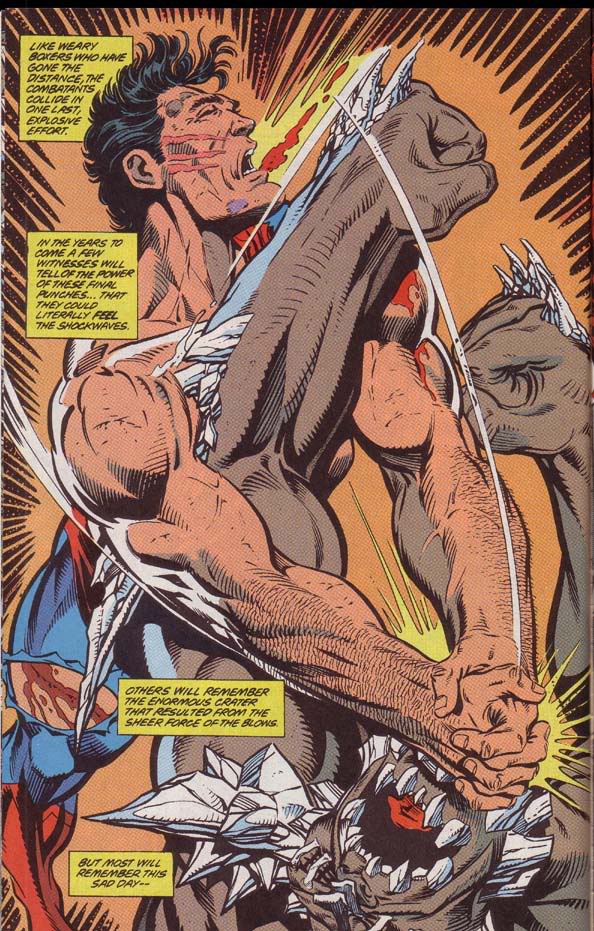 There are alternative universe versions of the character which have killed, the most infamous of these is Superboy-Prime. Superboy-Prime slaughtered his way across the DC Universe until he was imprisoned in the Source Wall.

Rather recently, in the alternate events of Injustice, Superman kills the Joker by punching a hole through his chest (after the Joker kills Lois and the (in utero) child of Supes/Lois).

Superman also used one of Waverider's time travel devices to leave Doomsday stranded at the End of Time, where Doomsday met the one force he could not overcome: entropy.

He has also killed Hank Henshaw (the Cyborg) by vibrating him to pieces.

Also, in issue #583 of Action Comics (Superman: Whatever Happened to the Man of Tomorrow? Part 2) , a storyline written by Alan Moore, Superman kills Mxyzptlk. Now, as it was published in Action Comics, I would suppose this story to be canon.

Not the answer you're looking for? Browse other questions tagged dc comics superman kill-count or ask your own question.

0
Has Superman ever been this violent?
85
Why, exactly, does kryptonite hurt Superman?
40
Is Superman always holding back?
16
In comics does Batman have a rule against killing?
18
Is kryptonite made of the element krypton?
8
Wasn't Superman supposed to care more about human life and assets?
1
Does Superman too have a no kill rule?