Minbari, blue spot on their heads

What is the blue spot that Minbari have on their bald heads? Does it have any significance? I can't find any information about it, only about the bone ridges. 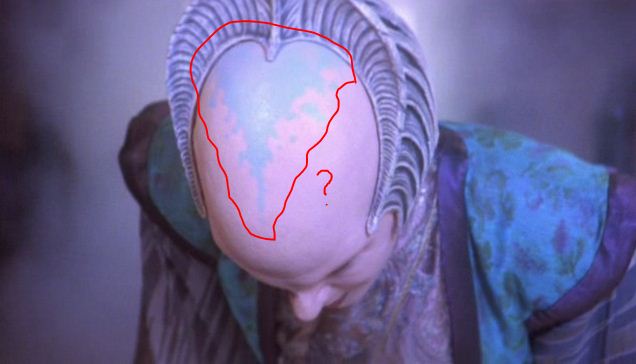 No definitive in universe answer exists.

If we consider evolutionary reasons for animal coloration in most species, color could act in any number of potential ways: 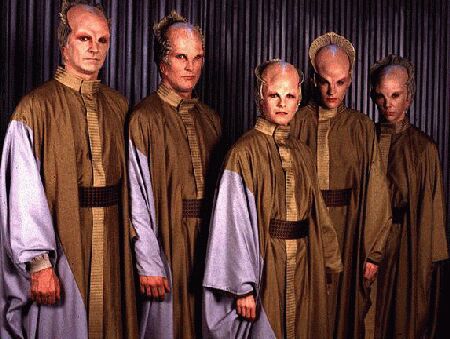 In the case of the Mimbari:

From the blog of one of the makeup artists involved in the design work, Greg Gargonowitz, the original coloration was supposed to make the Minbari appear aquatic and the coloration would have had more of a camouflage-like effect.

Credit for this production information discovery goes to GGLog and sm4. I am adding the information only for completeness. 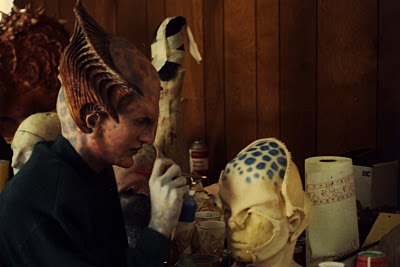 Based on GGLog's hint, I did some research and found a blog of the Babylon 5 special effects artist and design specialist Greg Aronowitz.

Just like the drawings, just like the approved color tests. I was going for an underwater feel. But for the bigwigs at WB, my design was “To alien”. That’s an exact quote. I know, I STILL don ‘t understand it, either. Then they said, “Make him more human, flesh color.”

And this his how Delenn's make-up was supposed to look for the pilot: 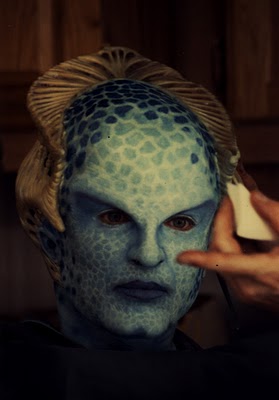 Another interesting fact: notice that he addresses Delenn as HIM. Read more in the blog.

It's a remnant of the original blue and speckled colour scheme for the makup which covered the entire face which the studio felt was too extreme, and ordered changed just before filming of the pilot began.

20
How does time travel work in Babylon 5?
10
Why didn't Zathras react to seeing Delenn the same way he reacted to seeing Sheridan and Sinclair?
35
Who destroyed Babylon Stations 1-3 and why?
5
Minbari caste distribution
16
Are Minbari stronger than humans?
5
In the Babylon-5 saga, are the only Minbari with facial hair descendants of Valen?
8
How did the Earth Force captain know the Minbari cruiser had its weapons ports open?
5
What is the nature of the Minbari Warrior Caste?
11
How long do Minbari live?
10
Did Humans and Minbari merge into a single “first-one like” species?