Does Superman need to eat?

I see related questions such as:

Does Superman need to breathe? and Bruce Banner needs to eat, but does the Hulk?

But does Superman need to eat? And if so, what happens if he doesn't?

Again, this will depend on which version of the canon hero you are reading about. The most classic interpretation of the character, the Silver Age Superman also known as the Pre-Crisis Superman, was completely powered by solar energy.

The physics for why the Silver Age Superman was completely invulnerable, inside and out, were never completely explained (no surprise) so we were forced to accept his invulnerability meant he was proof against most environments and toxins without question. Only under the presence of Kryptonite (of a variety of colors) or the energies of Chaos magic would he be susceptible to any kind of toxin, drug, or biological agent.

Post-Crisis Superman seemed a bit more human and mentions more than once:

The Modern DCnU Superman has as yet not revealed whether he needs to eat, sleep or breathe long term. I suspect DC will continue with the tradition of having Superman emphasize the SUPER while minimizing the MAN aspect of the character.

Lois Lane specifically asks Superman about this when she interviews him in the 1978 Superman film.

Lois Lane: How old are you?

LL: I get it. You don't want anyone to know. And how big are you? How tall are you?

LL: I assume then that the rest of your bodily functions are normal?

S: I beg your pardon?

LL: Well, putting it delicately, do you eat?

Kal-el possesses the biology to process food and drink and breathe. But thuthfully, his powers already ignore the laws of physics. Even if he didn't need to eat per se as sunlight energy would be sufficient to metabolize, that's only energy. His body has to synthesize proteins, amino acids, ATP and other organic chemicals that make up his body and that matter has to come from somewhere. Plants don't "Eat" sunlight, they catalyze and convert it into a soluable chemical energy (Sugar) to metabolize or store for later use, they also manufacture chemicals needed for their physical structure (Cellulose and lignin); that requires chemical inputs of Carbon, Hydrogen, Oxygen and Nitrogen and Magnesium and metabolic trace elements like iron, manganese, etc. I would surmise Superman has a finite chemical reservoir as we all do and his body is simply more efficient at recycling nutrients because the energy needed to do it comes directly from an outside source; unlike basic human metabolism where 60% of our metabolic energy is lost as heat.

According to Clark himself, no, he does not.

In Action Comics Vol 1 #800, the post-Crisis version of Clark told Lana Lang that he saves on living costs because he doesn't need to eat. This conversation took place on the day he moved away from Smallville, so he hadn't become Superman yet when he said this. 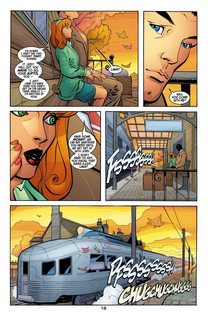 Not the answer you're looking for? Browse other questions tagged dc superman food or ask your own question.

13
Can Superman Starve To Death?
31
Does Superman need to breathe?
14
Bruce Banner needs to eat, but does the Hulk?
3
What is Superman's metabolic rate?
3
Is Superman immune to narcotics?