What is the Romulan commander's name?

In TOS: The Enterprise Incident, the female Romulan commander whispers her name into Spock's ear.

COMMANDER: Yes. Yes, it will, Mister Spock. You do know I have a first name.

SPOCK: I was beginning to wonder.

COMMANDER: Well, I do. Would you like to hear it? (She whispers in his ear.)

SPOCK: How rare, and how beautiful. But so incongruous when spoken by a soldier.

Does the canon give her name or is it in non-canon only? 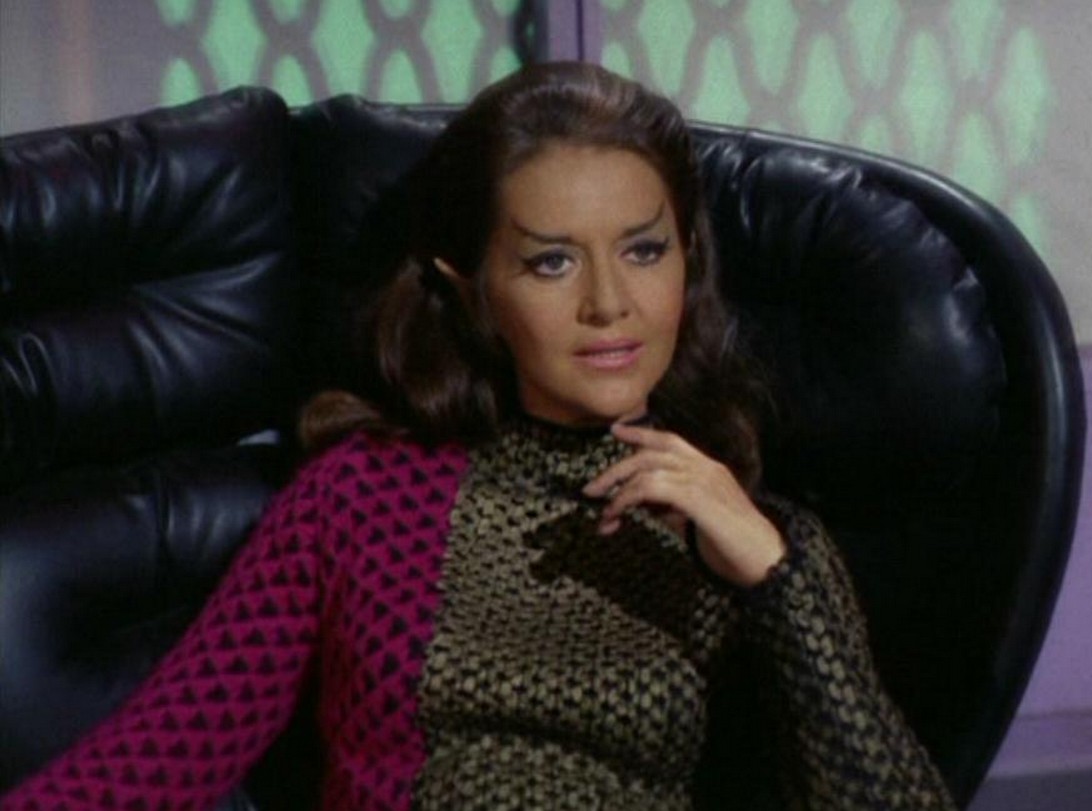 I'm assuming that canon essentially means any of the 5 live action TV shows or any of the movies. (I know, at least while there were still TV shows and movies in production, that's what producers considered canon.) (As to if the animated series is canon, well, that's a major debate in itself.)

The Romulan Commander's name is never spoken out loud. While this is a negative that's hard to prove, all I can say is the local networks used to re-run Trek late at night and would let episodes run over the time slot so the entire episode could play out without anything cut. At the time video tapes decks were for professionals, but I had a cassette tape recorder I used to record a number of episodes, including The Enterprise Incident. I listened to it many, many times (I had no life as a teen in the 1970s and 1980s) and almost memorized it. Her name was never mentioned in the episode.

As to later discussions, while there may have been brief references to the episode (such as comments about Romulans and cloaking devices), the Commander was never mentioned again. (I watched for it!) For a series in the 1960s, that was normal for a TV series. At that time most shows made each episode a stand-alone with very little references to other episodes.

In the movies or later live action shows, there was never any reference to this event at all, much less to her name.

As I reember, there was a fan parody of the episode in Trek magazine and the Best of Trek books, where the Romulan Commander said her name was "Trampolina".

I also remember that there was an article in Trek which stated that different novels gave five different and inconistent stories about the Romulan Commander's fate after "The Enterprise Incident". Reading all of the novels mentioned might lead to another name or two for her.

Not the answer you're looking for? Browse other questions tagged star-trek star-trek-tos names or ask your own question.

26
What is the origin of Hikaru Sulu's last name?
6
Romulan ambassador Nanclus
17
Why is Worf always called by one name?
1
Chakotay says he's never met boothby before, but clearly he had, why?
2
What is the etymology of Spock's name?
16
What made Romulan Ale Romulan?
10
Why are the crew surprised at Romulan cloaking technology in the “Enterprise Incident”?
15
Did Kirk's captaincy of the Enterprise have a canon starting date in TOS?