Short story with teleportation from Mars (or another planet) to Earth

Short story, definitely no later than the 1980s, but probably much earlier, in which there’s a chap on Mars (I think — could be the moon or another planet) in a base or ship (can’t recall which) that’s failing. He steps in the teleport and walks out at the other end on Earth to (I think) a hero’s reception. Meanwhile, back on Mars, the original man sits down to look towards Earth and awaits his death.

The clone/teleport is used to explore an artefact on the moon that horribly kills those who try to explore it. The astronauts that finally completes the exploration are left with the conundrum that they can't return to Earth as their original copy is there.

"To be Two or not to be" from Paul Broks's Into the Silent Land: Travels in Neuropsychology 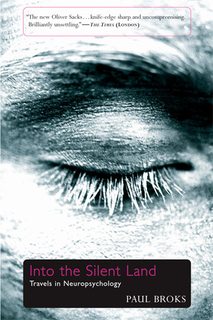 It’s set in a world where teleportation exists and people are scanned, the digital self sent to Mars, reconstructed atom by atom, while the original is vaporized. The story then posits the idea of the teleportation machine malfunctioning and not vaporizing the original person. There is an upcoming movie adaptation.

Short story, definitely no later than the 1980s,

in which there’s a chap on Mars (I think - could be the moon or another planet) in a base or ship (can’t recall which) that’s failing. He steps in the teleport and walks out at the other end on Earth to (I think) a hero’s reception. Meanwhile, back on Mars, the original man sits down to look towards Earth and awaits his death.

The doomship is a probe that is encountering an odd astronomical phenomenon at the edge of space. It is crewed by copies sent to it by teleportation. But on the ship, the combination of radiation and high G in the probe are killing everyone. He needs to send a second copy to find out why the probe-ship seems to be going bad. The goal is to create an orbiting station.

Everyone sent will die, but the sender is fine back home. They might get a plaque later.

This is exactly how it works.

If I recall correctly E.R.Burroughs' "John Carter" had a device that teleported John Carter to Mars. I've read it only once and thus I cannot confirm this with a paragraph from the book but everything Burroughs wrote gets stuck in your mind somehow.

Also I think it was mentioned that there existed bodies in both locations.

In the story the man being teleported waits in the tiny, coffin-like teleportation cylinder after the teleportation was supposed to have happened. He is told that the technicians suspect that there was an error on the receiving side and can't complete the process until they know what happened. The man in the tube realizes that the error is that they don't know if the duplicate him arrived properly, so they don't want to push the button that destroys him until they have confirmation.

I read it in a sci-fi anthology called "The Best Science Fiction Anthology" and then a year.

"Think like a Dinosaur" by James Patrick Kelly has that kind of teleportation device, but the plot is entirely different.

"Doomship" uses a tachyon transmitter to transmit a duplicate of a man (with certain professional skills) to the far ends of the galaxy. It is a suicide mission for the duplicate who is expendable. The original has rendered his services before by allowing himself to be duplicated. His wife/girlfriend voices objections to the practice because of the possible termination of an exact duplicate of her partner. After that the story is all about the mission and the being(s) that have been created by the tachyon transmitter to complete a mission that was meant to consume the lives of the duplicates. I don't recall the story ending with any survivors but the mission was a success. I read "Doomship" in a 1974 sci-fi anthology titled the Best of 1974 sci-fi, or something like that. Might be off a year or two but that's when it came out.

"Think Like A Dinosaur" has similarities and I never read it but saw the Outer Limits version of it. Great story that examines the moral implications of a technology that destroys you but doesn't. So it is in the mind of the subject who volunteers.

"Doomship" infers that dilemma, "Dinosaur" makes that the central theme of the plot when something goes wrong with the transfer.

"Reasons and Persons" by Derek Parfit.

Look deeper, the core of this story is far deeper than what you've suspected in your post.

34
Does any science-fiction handle the ethics of teleportation (“kill and clone”)?
8
Need book ID help - long distance travel by cloning
13
Astronaut stranded on Mars and teleports back