Which civilization was more advanced, Minbari in 1260 AD or Humans in 2254 AD?

The question as in the title, motivation for asking contains spoilers:

When Babylon 4 travels through time to help Minbari fight the war with Shadows, was the present Earth technology (2254 AD), especially in military, more advanced than Minbari past technology (cca 1260 AD)?

The answer is based on Babylon 5 Wars (B5W), a science fiction tabletop miniature wargame considered canon by J. Michael Straczynski.

The Minbari ships visible in historical videos played by Delenn in episode War Without End are Minbari cruisers of Shadow War era. These cruisers are called Tinashi War Frigate in B5W. 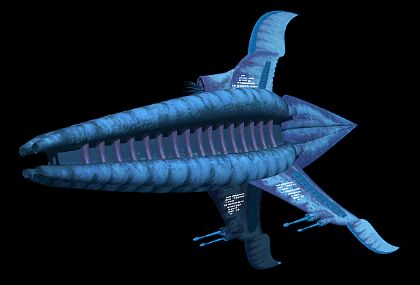 Based on specs of Tinashi War Frigate and Hyperion Heavy cruiser, we can assume that Minbari technology was more advanced than human and remained stagnant until the second Shadow War when they received Vorlon technology. This is probably explained by no need for further advances (especially in military) during the peace times and technological superiority in Earth-Minbari war.

The Minbari tech of circa 1200 AD is not visibly significantly less than that of 2260 AD. We see this in both the artifacts (still in use by the Grey Council, most notably the triluminaries) from that era, and in Sinclair's arrival in the past as Valen. They were spacefaring and presumably using Gravity Drives already during the 1200's Shadow War. We know the Vorlons made use of them, and also had not shared technology with them.

It's also stated that they are the oldest of the Younger Races still active. The Vorlons and Shadows being the last of the ancient races...

Given that Earth in 2260 is not yet Shadow-Tech augmented as a rule, and is not using Gravity Drives, and can't even acquire Minbari ships as targets... At worst, the Minbari of the 1260 Shadow war are a slight bit ahead; at best, they've been stagnant for millennia, and only start to advance again in 2259 with the Vorlons finally giving them the boost up to Organic Ships (such as the Whitestar).

Recall that the Babylon project was a joint effort between Minbari and Human. Thus, they included some form of "modern" Minbari tech, and could probably be used to bump up the tech level of the past ships. In addition, it's something of a morale thing. Giant space station appearing in the midst of your darkest hour, heavily armed and having room for hundreds of thousands of injured, refugees, or non-coms. That kind of thing would have seriously bolstered the Minbari's spirits, given them some hope, and something else worth fighting for.

If that isn't enough, here are also facts from the show itself:

21
How does time travel work in Babylon 5?
15
Humans with Minbari Souls
3
Why did Delenn's appearance change so drastically from fully Minbari to more human?
16
Are Minbari stronger than humans?
11
Wouldn't the Minbari recognize Babylon-4 as it was built?
10
Did the Minbari ever tell anyone who declared war against the humans?
8
How did the Earth Force captain know the Minbari cruiser had its weapons ports open?
14
Why did the Shadows help Centauris fight the Narns and not the other way round?
9
How was Babylon 5 able to wage war against Earth, given that Babylon 5 was grossly outnumbered in terms of resources?
10
Did Humans and Minbari merge into a single "first-one like" species?