I read a book years ago that was about a hunchbacked boy. I remember there was space travel, a ship, a female and other characters.

I also remember he had an incredible itching on his hump. He was helping someone then his hump split open and he had wings. His name was Fayrei or Fayrie, I can't remember what he was called before he told his name.

There was a sequel when he started looking for his own kind.

This sounds like Flight in Yiktor, by Andre Norton. The third of five books in the Moon Singer series. The character's name is Farree. When he is found by two characters from the first two books, Krip and Maelen, he is called Dung. 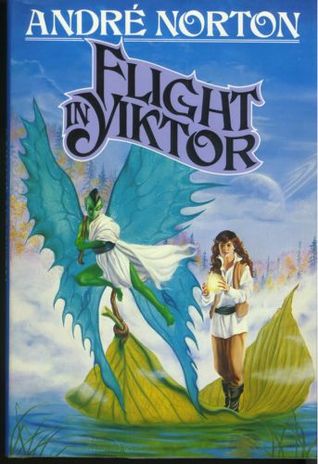 A psychic sorceress, a telepathic adventurer, and deformed ex-slave use their extrasensory powers to stop an intergalactic organization of thieves from looting the planets.

12
Fantasy book where people are born with a magical talent
10
Identifying a fantasy/scifi series/book about abandoned colony/world
6
Scifi book with FTL travel that caused the ship to split into multiple copies
8
Fantasy book with color-coded magic with gold magic as highest and enchanted armor
17
Looking for a fantasy series with ferrets, elves and a foul mouthed dwarf
9
Young adult fantasy/scifi novel about Ancient Egypt
9
Children's Book: boy sprouts wings, tries to pull them out but it hurts too much?
6
SciFi book where a poor boy uses his brain to power a spaceship
16
Animated film/TV series where fantasy sorcery was defeated by appeals to mundane science
8
Danish fantasy book with a small travelling man and a warrior named Mira who meets a minotaur