At the beginning of the film, Loki arrives at the S.H.I.E.L.D base where the Tesseract was housed. Due to instability with regards to Tesseract dimensional travel, the base was subsequently destroyed. I don't have access to the film right now, so I don't know if the location of the base was given during a screen crawl, but from the surrounding environs, I figure it to be somewhere in the Southwest region.

Where exactly was this base and was it some sort of headquarters or research station?

The mysterious site is the legendary energy and technology research facility, Project P.E.G.A.S.U.S. In the comics, P.E.G.A.S.U.S. stands for Potential Energy Group/Alternate Sources/United States. In the Avengers movies, no location is listed for the site.

Project Pegasus first appears in the Marvel Universe as a research site dedicated to discovering new energy sources and understanding alien technologies. The staff there were highly classified and possessed information regarding parallel and alternate realities. The site also functioned as a prison for supervillains with unusual powers. Several Marvel characters have served terms working security at the facility, including The Thing, Quasar (Wendell Vaughn) and most recently Darkhawk.

Created in Marvel Two-in-One #42 (August, 1978) by writer Ralph Macchio, Project: Pegasus was originally intended to research alternative (and unusual) forms of energy, but has also been used as a prison for super-powered individuals. The location of this facility is described as being in the Adirondack Mountains in New York State. -- Wikipedia -> Project Pegasus 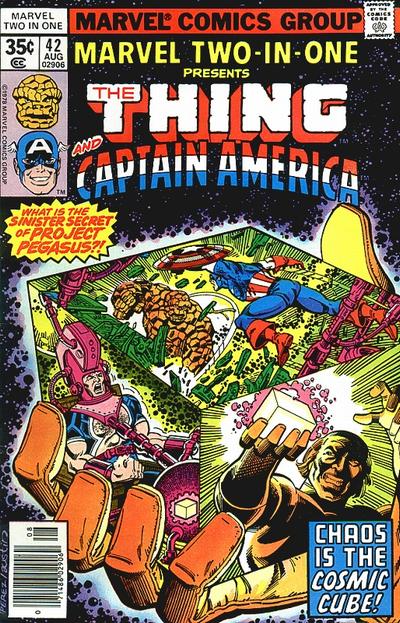 Appearances in the Marvel Cinematic Universe

Staffed with scientists studying and creating energy technology and alien weaponry, Project P.E.G.A.S.U.S appears to be and underground S.H.I.E.L.D.'s research and development hub. Presumably there was more than one location of P.E.G.A.S.U.S after its destruction of a research center in Avengers. 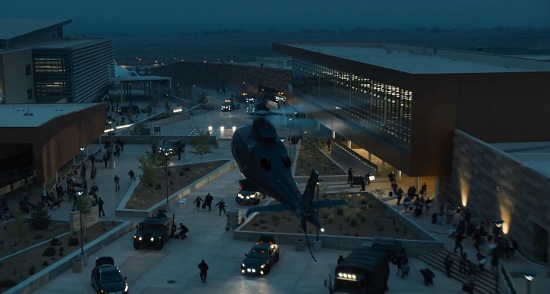 Marvel has decided to release more information on Project P.E.G.A.S.U.S. in their new digital comic release Fury's Big Week, a prelude to the incidents in the Avengers movie.

Set in Marvel Studios movie continuity, it’s the first of 8 issues, subsequent issues will run on Tuesdays for 99 cents an issue. It has been written by Chris Yost and Eric Pearson and drawn by Luke Ross. And it mentions a certain Project P.E.G.A.S.U.S. and it’s relation to the cosmic cube from Thor.

The base location is actually a high school in Albuquerque, NM. Atrisco Heritage Academy.

21
Who was Nick Fury talking about on the ship?
15
Where did S.H.I.E.L.D. receive its funding?
29
Where is Stark Tower located?
14
What was the point of threatening to drop Loki 30,000 feet?
12
Where was Loki at the beginning of the Avengers?
13
Who was the third guy that was affected by Loki's sceptre at the start of the Avengers movie?
20
In the Avengers movie what exactly was Loki's plan for the Chitauri?
6
Was S.H.I.E.L.D. inspired by any real world organization?