Has DC published any non-New 52 comics since the reboot?

In September 2011, DC Comics rebooted (almost) their entire line of main continuity comics. They called this event The New 52, as there were 52 ongoing titles rolled out as part of the event. I'll admit to only mildly following DC's comics in the wake of this, but my understanding was that every mainline book (i.e. not their kids line, not Vertigo, etc.) was ended and rebooted as part of this. Wikipedia mentions there was one exception to this, Batman Incorporated published one last book in October 2011 and then had a new volume begin that was a New 52 title.

Besides that one exception, have all the main DC comics been New 52 books since then?

No. And unless there is a drastic change in policy, their previous universe has ceased to exist. (See Teen Titans Go! below for the last exception). Everything published by DC Comics since their "soft reboot" of the DC Universe wears the mark of the New 52 Universe.

There have been two dozen new books that have been released since the first new universe offerings. Great efforts are made to bring new characters into the new 52 parallel Earths which now comprise the DCU multiverse. The one exception "Batman, Incorporated" has been since cancelled.

Since this is a "soft reboot" much of the history of the DCU has remained the same, except where the new universe alters previous existing canon. Just a couple of examples: 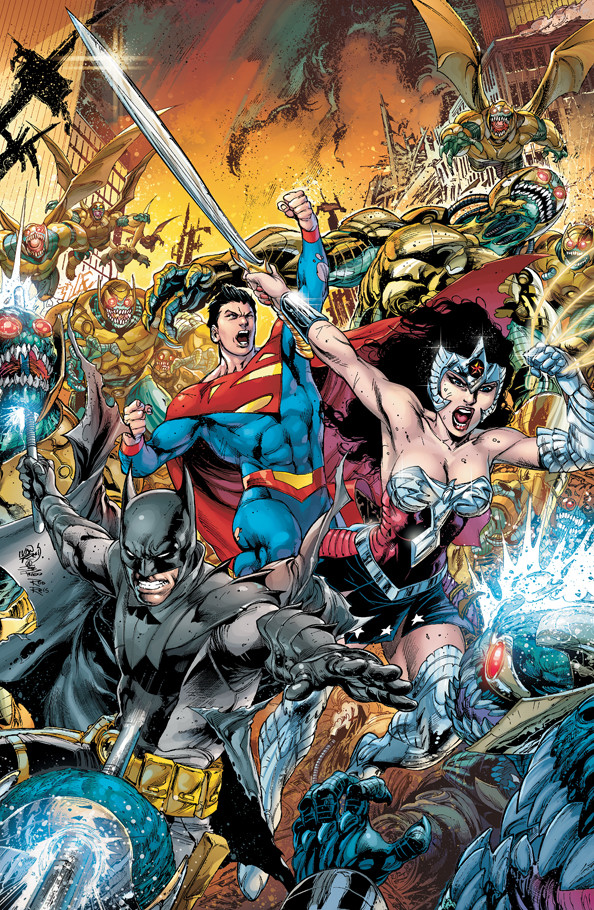 DC does not want to have any outstanding works which reference the previous DCU which is one of the reasons theorized by many to have lead to the death of the popular cartoon series Young Justice.

There are several comics launched since then that do not carry the New 52 Logo. First off is nearly all of the digital/web comics (Batman beyond, Superman beyond, JL beyond, Injustice, etc). These are most likely excluded since they are not a classic printed comic.

Then comes a few of the comics that are not 'DC world' comics such as He-Man (printed under DC not Vertigo, etc). There's also Young Justice, which does not seem to be part of New 52 either.

More recently, Batman Black & White, does not seem to be either. So there is a small percent of comics DC is working on that are not new 52, but most of those are digital.

10
In the new 52 how is it possible Bruce Wayne has a 10 year old son with Talia?
14
The New 52: What Titles Don't Mix Continuity For New Reader?
2
Do the New 52 comics make any references to pre-new-52 works?
7
Since the 'New 52' reboot, are there any characters in DC comics that are not neurotypical such it could be considered a handicap (ie, not eidetic)?
6
In the New 52 Multiverse, are there multiple Apokolips/New Genesis?
3
Did the events of Convergence have any importance for The New 52?
13
Did Barry Allen reboot the DC continuity in 2011 creating the DC Universe known as “the New 52?”
13
How did DC Comics reboot Superman in 1986?
5
Is there an official reason why J'onn J'onzz, The Martian Manhunter, was not seen in the 1970s and 80s “Superfriends” cartoons?