Fantasy trilogy from the 80s, main character is an excellent archer, short but not a hobbit, more like a race of short elves

Back in the late 80s/early 90s I read a great book with the following plot line:

Race of short people (not exactly hobbits, more like short elves or something) were living in peace in their little village. Their village was surrounded by a wall made of thorns. One night a bunch of evil wolves attack the village, the little folks man the walls and fight off the wolves. The main character is a really good archer. One thing leads to another and the main character and his friends in up in a castle, because evil is sweeping over the land and that is where the forces of good make their stand. Anyway the castle is overrun, the main character and some sort of human princess type and maybe a few others escape. The next book seems like it covers the escapees adventures. Ring any bells?

It was on the shelves of book stores around the same time that the Dragonlance books were coming out. I started the first book and never got a chance to read the other two in the trilogy, but I always wanted to.

This is The Dark Tide (Iron Tower Trilogy) I read this about the same time as you and was stunned how similar to LOTR it was. But it's good. Like an old friend :)
The world needs more stories about little people.

According to this reviewer, the author, Dennis L. McKiernan, wrote it as an homage to Tolkien. 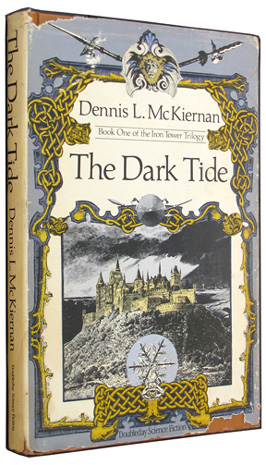 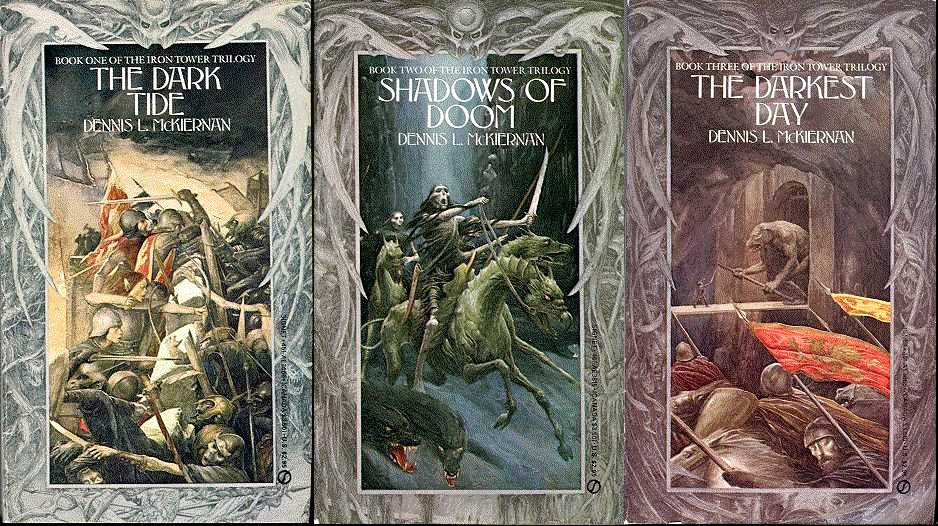 19
Urban Fantasy novel: magic, the internet, and laptop trolls
4
Teen/YA Sci Fi book where the main character is forced to be a space smuggler
7
Book about a demon trying to build a subverted fairy tale to win a contest
24
Series of books featuring dragons, enchanted forests, magic swords, etc
4
Sci-fi/fantasy short short story: creepy bookstore matron
6
Looking for Sci-Fi trilogy, where main character is born a woman but spends the majority of the series as a man
16
Fantasy Book about shadow people invading?
2
Anime with teenager fighting huge fish-looking monster that could fly