Are the rules to BSG's sport Pyramid ever explained?

In Battlestar Galactica season two episode four Resistance, Starbuck and Samuel Anders play a pickup game of Pyramid. The two seem to be following a set of rules, but nothing is clearly outlined in the episode. Are the rules of Pyramid ever explained? If not explained in universe have they been outlined elsewhere? Does anyone actually play this "sport?"

Yes, there are rules to the game, though no single episode explains them all. 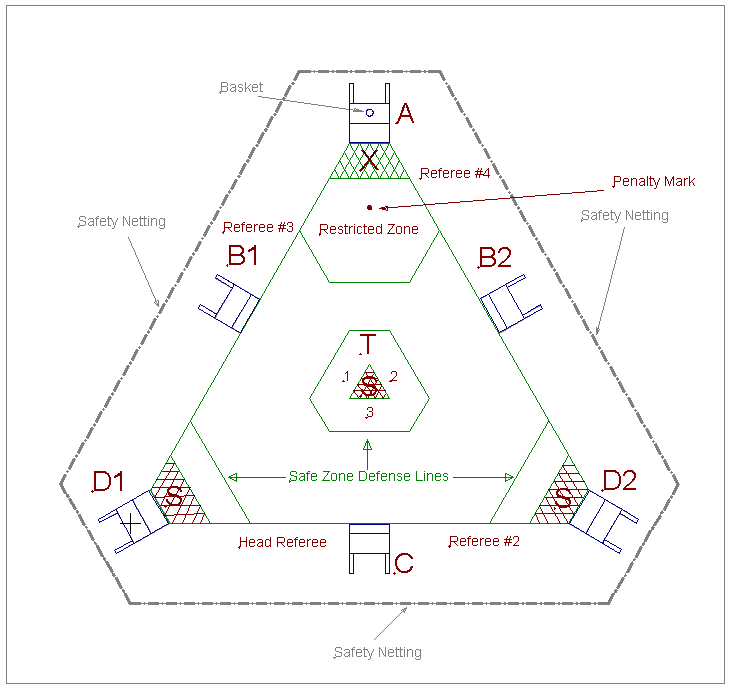 Pyramid has also enjoyed a present day, playable variant which shows the game in action with all of its peculiarity. A sporting group lead by the Colonial Triad League, posts their own rules and playing area schematic. A full list of their Pyramid Rules can be found here on their rules website page.

From the video, the game certainly seems playable with a lead-in bouncing pass (for variability in the kickoff) and the required bounce before any attempt at a goal keeps the game variable, unpredictable and best played by those with decent hand-eye coordination.

23
What are the names of the 12 original Battlestars?
7
Do the Centurions ever come back to Earth?
12
Who are the two people that look like Baltar and 6 at the end of the series?
12
Why are there no other intelligent aliens in the 2004 Battlestar Galactica universe?
8
Were the Mark VII Vipers ever retro-fitted and used?
22
Why sacrifice Pegasus?
3
Why are the Final Five accepted by the robotic Cylons?
6
What exactly is "the cycle" that has happend before and will happen again and was it ever fullfilled?
4
Was a baseship ever called a basestar in the 1978 Battlestar Galactica?