Does someone know (or can calculate precisely enough by his eyes) Planet Express building's dimensions and schema of inner rooms?

All I have found so far is this image, but it is from a game so I am not sure how accurate it is according to the series.

This one looks different and more real: 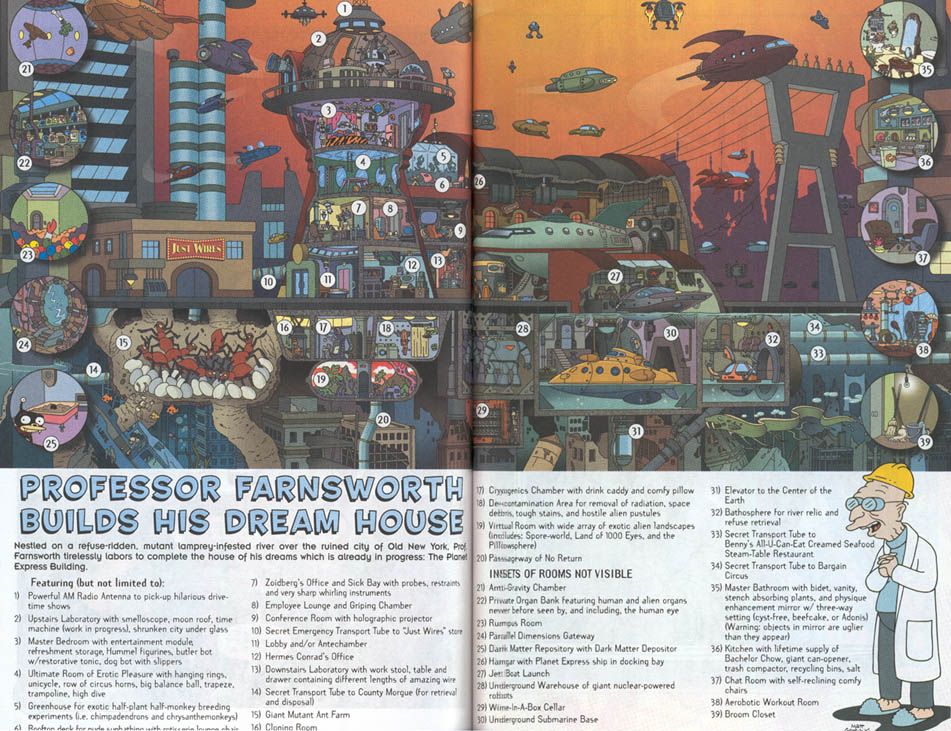 Pictures are Courtesy of The Infosphere (Futurama Wiki)

The Planet Express buiding's layout changes from episode to episode, much like th "magic door" beneath the stairwell in The Simpsons, which sometimes leads to a closet and other times leads to the basement. If one listens to the commentaries for many Futurama episodes the creators of the show actually make fun of this phenomenon, which also occurs in Bender's chest compartment - which Matt Groening refers to as being like Felix's bag, as it contains whatever Bender needs it to contain for the story to progress - and in the Planet Express ship itself.

Since the layout of the building, aside from the main central room, changes in every episode, there is no set floor-plan possible, let alone available for viewing. They made the one above up for the purposes of the game, but it has been contradicted by many episodes of the series. Note the complete lack of the newly-revealed "Chart Room" in either of those maps.

An in-universe explanation of this could be similar to an episode of Star Trek: Enterprise, the name of which escapes me, where the crew discover a time-travelling spacecraft that is larger on the inside than it is on the outside. I believe the solution they devise (while admitting that, since this vessel is from the future, they don't actually understand if their idea is correct) is that the extra space is in an artificial dimension. Farnsworth may have done something similar in his home.

Not the answer you're looking for? Browse other questions tagged futurama architecture or ask your own question.