How do you keep a Jedi in jail?

I know the traditional view on the Jedi gone bad is to either:

But how would I go about constructing a prison to store my errant Jedi in while they are being rehabilitated? I'd like to deal with the confinement that might be required for minor infractions such as using a light saber to open the baked beans all the way up to the dark and scary ones like having a girlfriend and letting the dark lord mess with your head till your willing to cut off Samuel L. Jackson's hand.

Ysalamiri were furry, lizard-like tree-dwellers about 50 centimeters in length native to the planet Myrkr, most known for their ability to repel the Force by creating a Force-neutral bubble.

A Force cage wouldn't work for all Jedi because of the possibility of a Jedi teleport.

The Rakata had a prison planet, Belsavis that had something along the lines of stasis technology for the more dangerous force using criminals.

In the Old Republic Era, these prisons were used to imprison the Sith Dread Masters for at least several years during the war.

If you end goal is restraining them, I would think encasement in Carbonite would work pretty well. It keeps them technically alive but fully immobile and unconscious so they aren't able to use their powers.

However, if your plan is to jail them so they can be rehabilitated having them frozen isn't going to work out to well.

Obi-Wan was held captive in a Geonosian containment field during Episode II. This is a pretty good canon example of how to hold a Jedi (or Sith) captive. It seemed to do the trick just fine. Not sure how Force teleportation would affect this though. 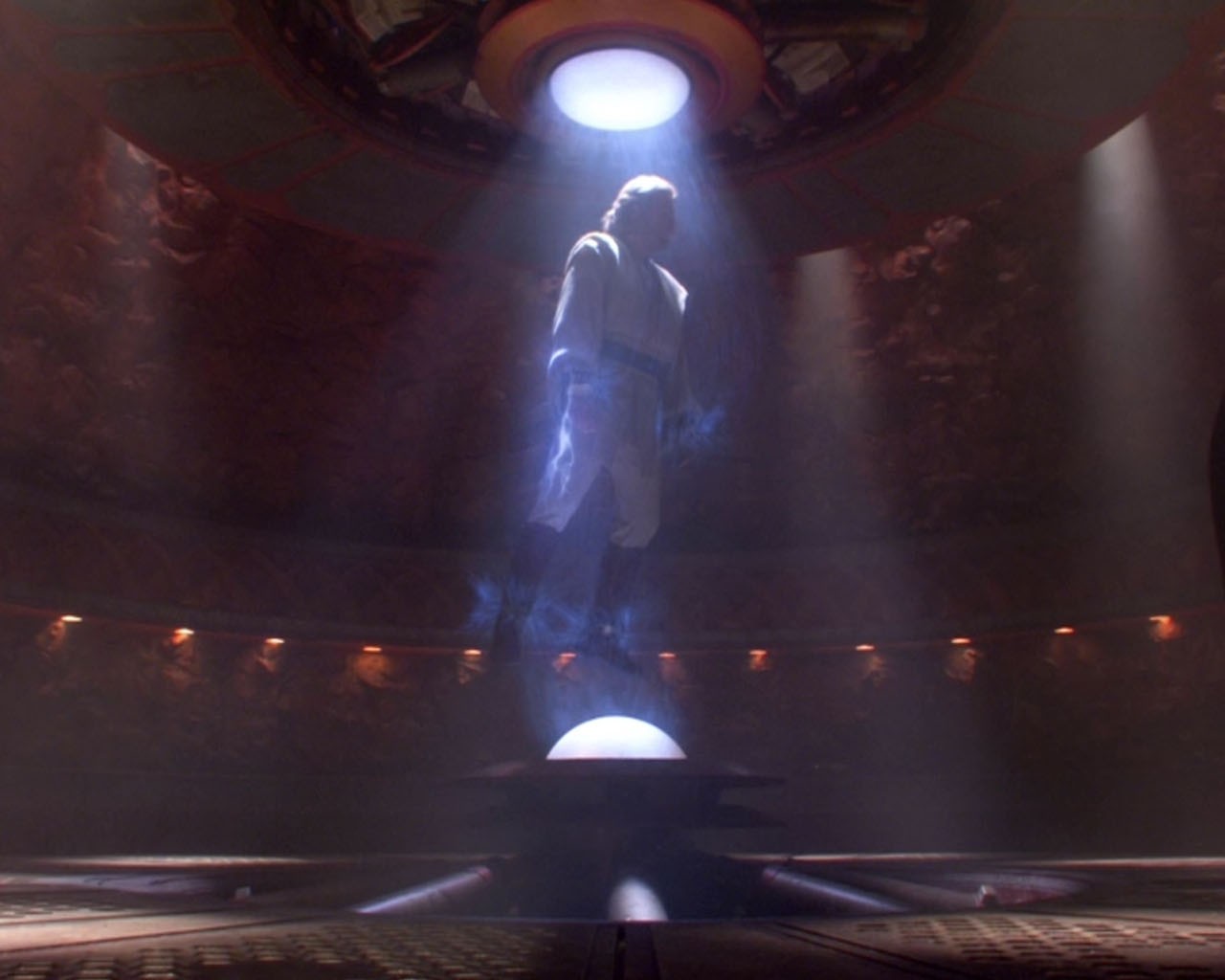 Keeping them in containment while they have access to their powers could be impossible on the long term. Their ability to bend their surroundings and to manipulate the minds of their guards makes a classic prison scenario impossible.

So, instead of keeping them inside some jail, a much better approach could be to make sure that there is no place for them to escape to. Jedis, after all, are biological beings, they cannot survive in really harsh environments. Dedicating a prison planet for them, or even better, creating a jail in space, with no possible access to a space ship should keep them pinned for a long time.

Petty jedi criminals guilty of using a lightsaber for inappropriate purposes could be sentenced on prison planets, survivor style, with no guards or spaceports whatsoever. Extracting them after their sentence has expired should prove to be difficult because means of getting to the surface and then back to space have to be solved somehow (food and supplies can be dropped from orbit). Another big disadvantage of prison planets is that it is a great way for power-hungry jedis to start their carreer and start building their relationships. The planet has to be blockaded by a sizeable military force at all times, of course. You don't want someone to just go there, land, and save their evil buddies.

For dark and scary Jedis the solution could be more simple, as there are fewer of them. I, for one, would simply build a nice habitat in space, surrounded by thick automated defenses and put him inside. Organize monthly food drops in form of packages without their own propulsion systems (for example by shooting them directly into some input port of the habitat). The zone around the habitat would be restricted at all times, so that no human being is allowed to get closer than a couple of kms, or whatever the range of the bad guy's powers is. As an extra layer of defense by manned patrol ships could be organized to take care of whoever is trying to sneak past the automated defenses, but having something like this could turn to be a security problem, especially if someone wants to make a Hollywood-style movie about the escape of a dark lord.

Jedis who had committed minor infractions would presumably still comply with a punishment from the council, so that's not really a problem. If they don't, then, well, see above...

you could always stick them in a Force cage and keep them inside of it for as long as you need. As how to capture a Jedi in order to stuff him/her in a force cage just watch Episode III and substitute the live ammo with fast working neurotoxins designed to overpower Jedi or some such. Coz once in the Forcecage or a stasis chamber it is over and done for that individual. The only way for them to get out is if the power went out or somebody intentionally let them out.

71
If a Jedi knight were frozen in carbonite, would they be able to use their Force powers?

67
How old should you be when you begin Jedi training?
35
How do Jedi leave the Jedi order?
9
SW prequel Yoda: "Attachment leads to jealousy, the shadow of greed, that is". What does this line mean?
6
How long were Jedi Councillors' term lengths?
8
Can a Sith/Jedi use the force to physically keep someone alive?
21
Which predictions of The Last Jedi: Darths & Droids Bingo were correct?
3
Why did the world of the Republic tolerate the Jedi at all?