How did Cyclops originally control his optic blasts?

I have seen the X-Men films, but have not really been a fan of the comic books.

I have always wondered if Cyclops just bandaged his eyes permanently growing up, and how he came to realise that ruby controls his "optic portals to another dimension".

He didn't. He has never had full, permanent control of his optic blasts over his history. He has had brief periods where his power was under his control due to either temporary physical or psychological alterations to his body or mind.

Marvel has always hinted at giving Scott some level of control but never commits to it for very long, possibly because it is the visor and the lack of control which makes the underlying psychology of the character so compelling. Cyclops is a man whose power and responsibility to the Mutant Movement is something that requires precision and vision, both which are part of the use of his visor to control his power. 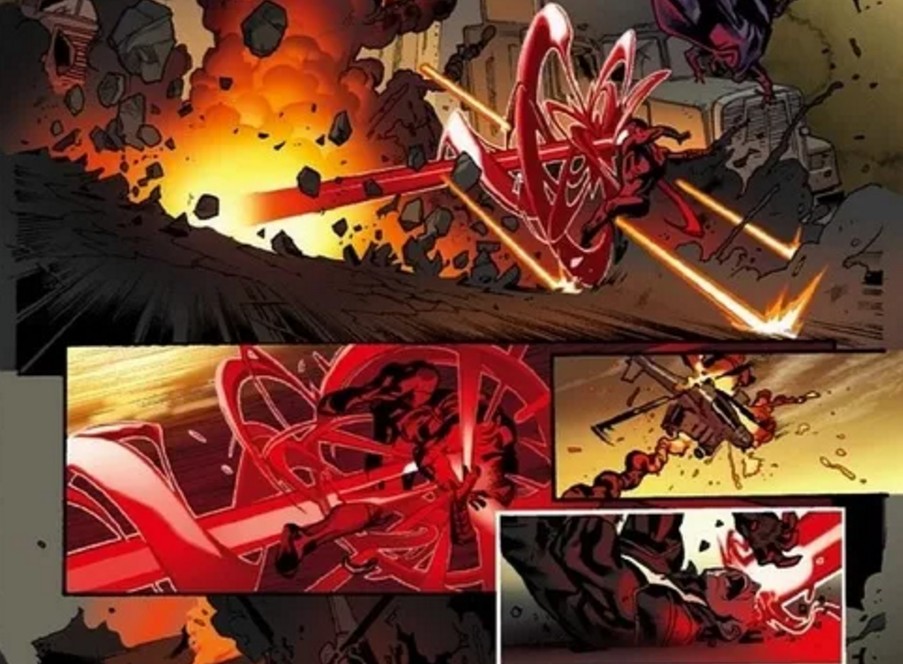 It's been a while since I've read the comics, and lord knows it's probably been retconned a few times, but he did have ruby quartz glasses as a teenager, which you see briefly during X-men Origins: Wolverine. It truth, it's not his glasses that control his mutant ability, as it neutralizes it. Everytime he blasts somebody with his optical beam, he is actually adjusting a small bar that opens up his visor to let a beam pass. It is mentioned in the comics that Cyclops is a master at accuracy; that he could even unlock a locked keyhole for a door with precision. He can change the opening for his visor to a very fine-tuned laser-like beam, to a full-on blast. I don't know just how powerful a full-on blast of his happens to be, but it has been suggested and noted the Scott Summers is top-tiered in terms of power.

24
Has Cyclops of the X-Men ever developed the power to control his eyes?

7
How does Cyclops see?
20
How can Cyclops miss with his optic blast?
15
Was Xavier's surprise at Magneto's helmet ever retconned?
3
Havoc and Cyclops current fox franchise of X-Men
19
Can Cyclops' eye-blasts hurt him?
3
How come Mimic needs glasses like Cyclops?
9
What do we know about Cyclops' eye dimension?
7
How can Cyclops' optic blasts burn or melt objects?