How did R2D2 smuggle the lightsaber into Jabba's palace?

In Return of the Jedi, Luke engineers his escape/rescue mission by planning ahead and storing his lightsaber in R2D2's chassis.

How, exactly, does he accomplish this without Jabba's security noticing? I would assume that any droid employed at Jabba's palace or on his sail barge would be fitted with a restraining bolt, but that by no means assures that the droid is safe.

Wouldn't the guards do some sort of security scan, to check for concealed weapons, explosives, etc.? Especially since the two droids literally walked up to the front door and announced that they were gifts. Jabba doesn't really strike me as the trusting type, nor is his business the type where I would expect him to last very long without fairly strict security (bounty hunters walking in the door with thermal detonators notwithstanding).

Is there any canon/Legends explanation for how R2D2 was able to show up without anyone noticing a Jedi weapon in a launcher housed inside of him?

A case of hiding in plain sight and using your enemies preconceived notions against them. Deception is a powerful tool to a weak mind. 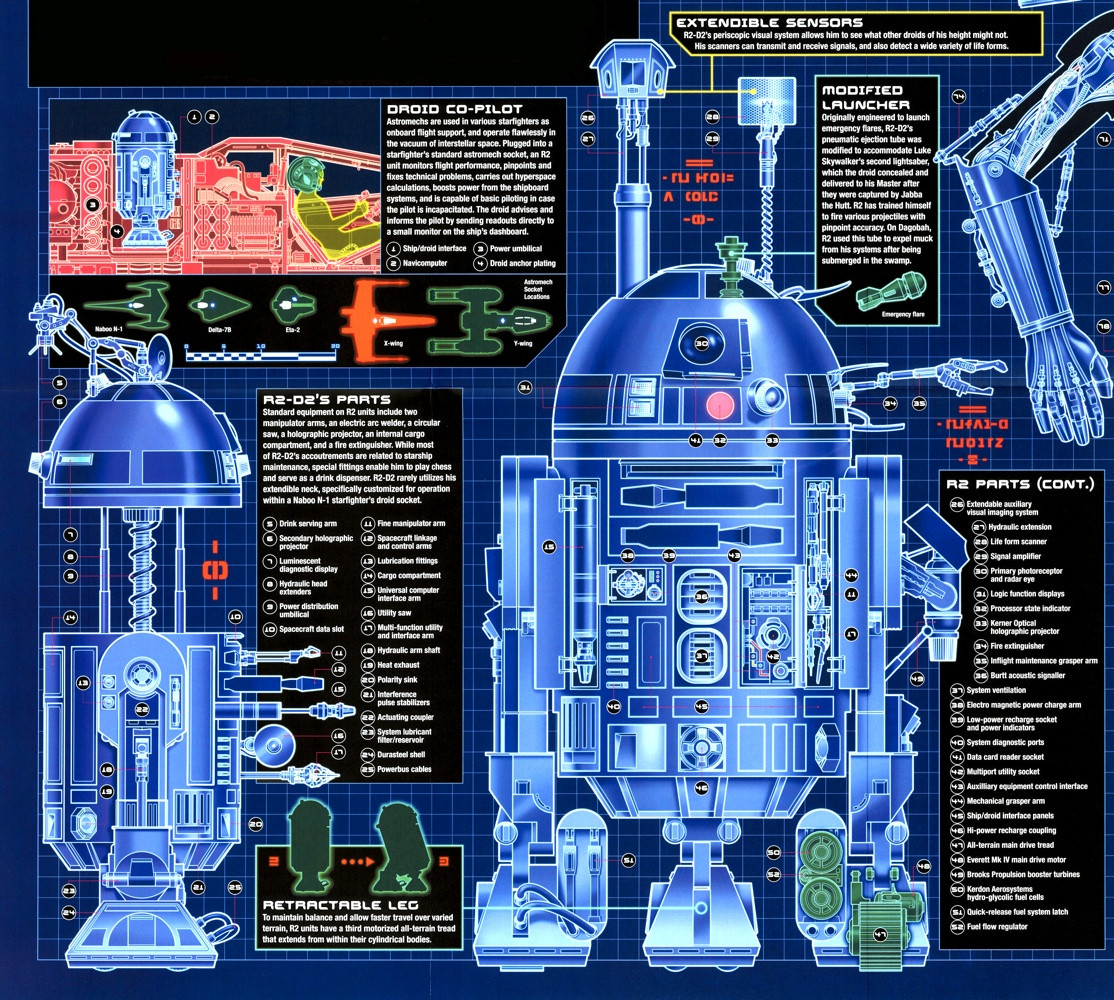 In Standard R2 Units that spot that shot out the light saber is used for flares so they probably wouldn't check at all due to the real purpose of the slot.

18
How did Luke know that R2D2 would be on Jabba's barge?
14
Why doesn't Luke's lightsaber cut Jabba's guards in Episode 6?
28
What did Luke do to Jabba's guards?
19
What did C-3PO mean about Chewbacca never returning from Jabba's palace?
8
Why did Jabba's skiffs have magnets on them?
8
Was that frog thing outside Jabba's Palace that eats an animal and burps in the original Return of the Jedi?
26
Why did they bring C3PO to Jabba's palace and other dangerous missions?
8
What is the name of the creature outside Jabba's Palace that gets eaten in Return of the Jedi?
5
What was the clawed hand that tried to grab C-3PO in Jabba's palace?
10
So is Slave I (Boba Fett's ship) just sitting there, abandoned, near Jabba's Palace?