They don't always wear a hat, but when they do, it's pointy.

The primary reason writers still use the witch's hat in their literature is because the pointy hat is a form of writer's shorthand, a means to indicate to the reader we are seeing a witch, a being of power, of dark pacts, potentially dangerous, to be respected and feared. Yes, it is the very definition of stereotyping, but it works.

This image of the witch is personified for most modern people by the portrayal of the Wicked Witch of the West. (see below) 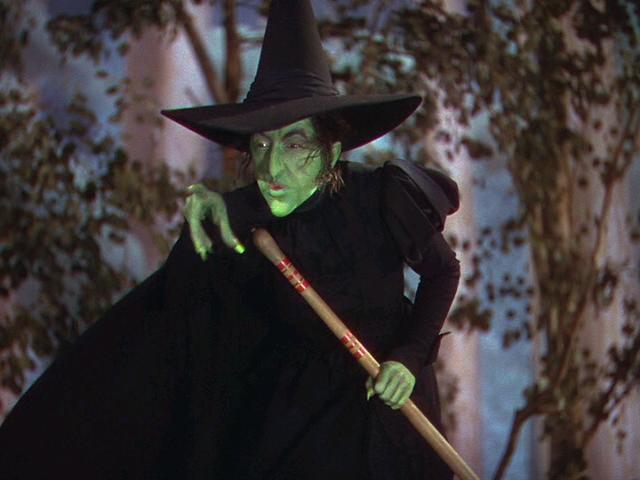 History of the Witches Hat

The stereotypical images of a witch is that of an ugly, old hag wearing a tall, black, pointed hat with a broad rim. There are different theories as to the origin of this stereotype, none of them certain. 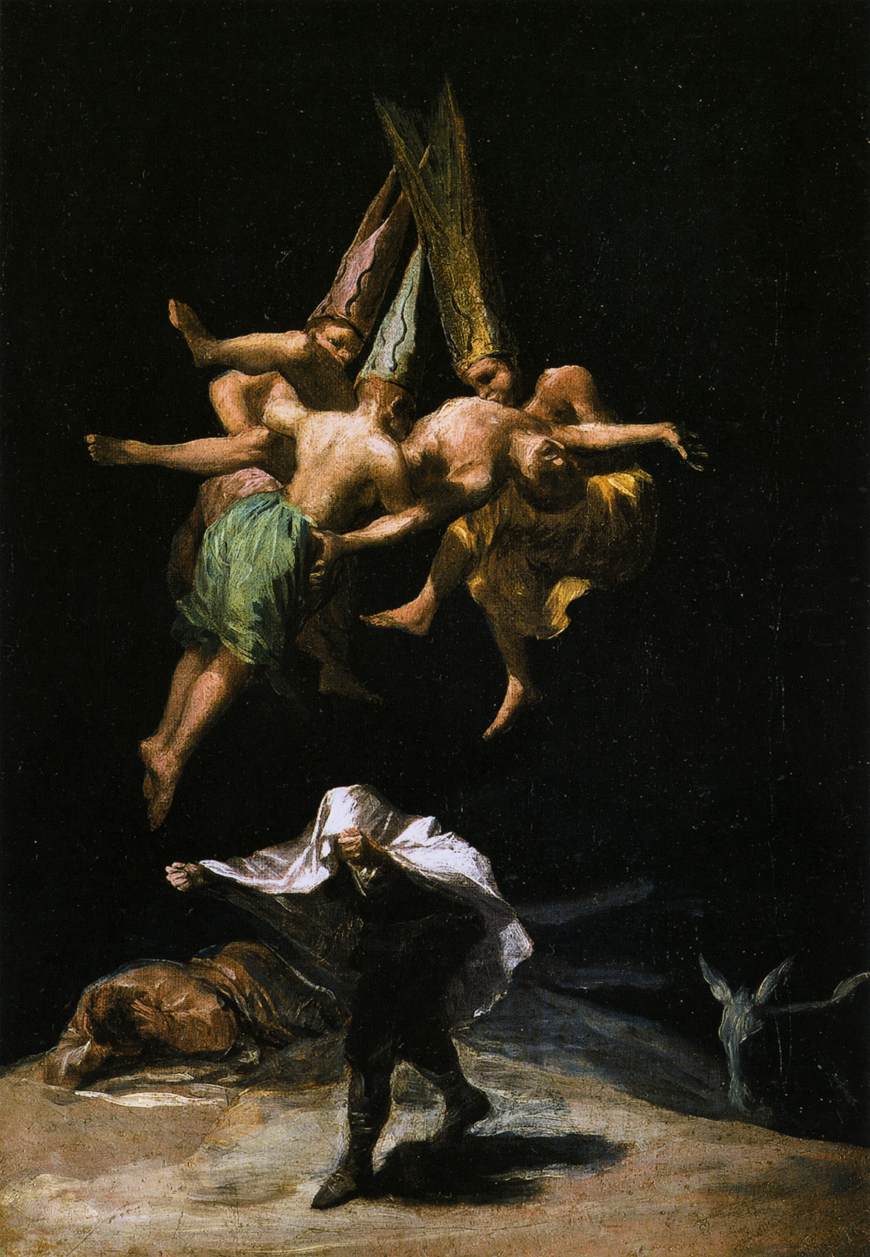 It is images like this one which help to cement the pointed hat as a harbinger of magic, of potential evil, of forces dark and beyond the ken of mortal men. The history of wizards hats didn't hurt their reputations either.

Doing my own research, I noticed there were many images that included a buckle, much like a Quaker's hat, which has the same appearance except with a round dome. Among the Quakers, their hat was a symbol of social power and allegiance to their religion and each other.

Jews were forced to wear special "Jew hats" in 13, 14th and 15th century Europe. It was common to demonize Jews, so it's a fairly small step to imagine that figures wearing these hats were caricatured as being in league with the devil.

The pointed hat (of witchcraft/wizardry) is a grotesque symbol of religious bigotry. 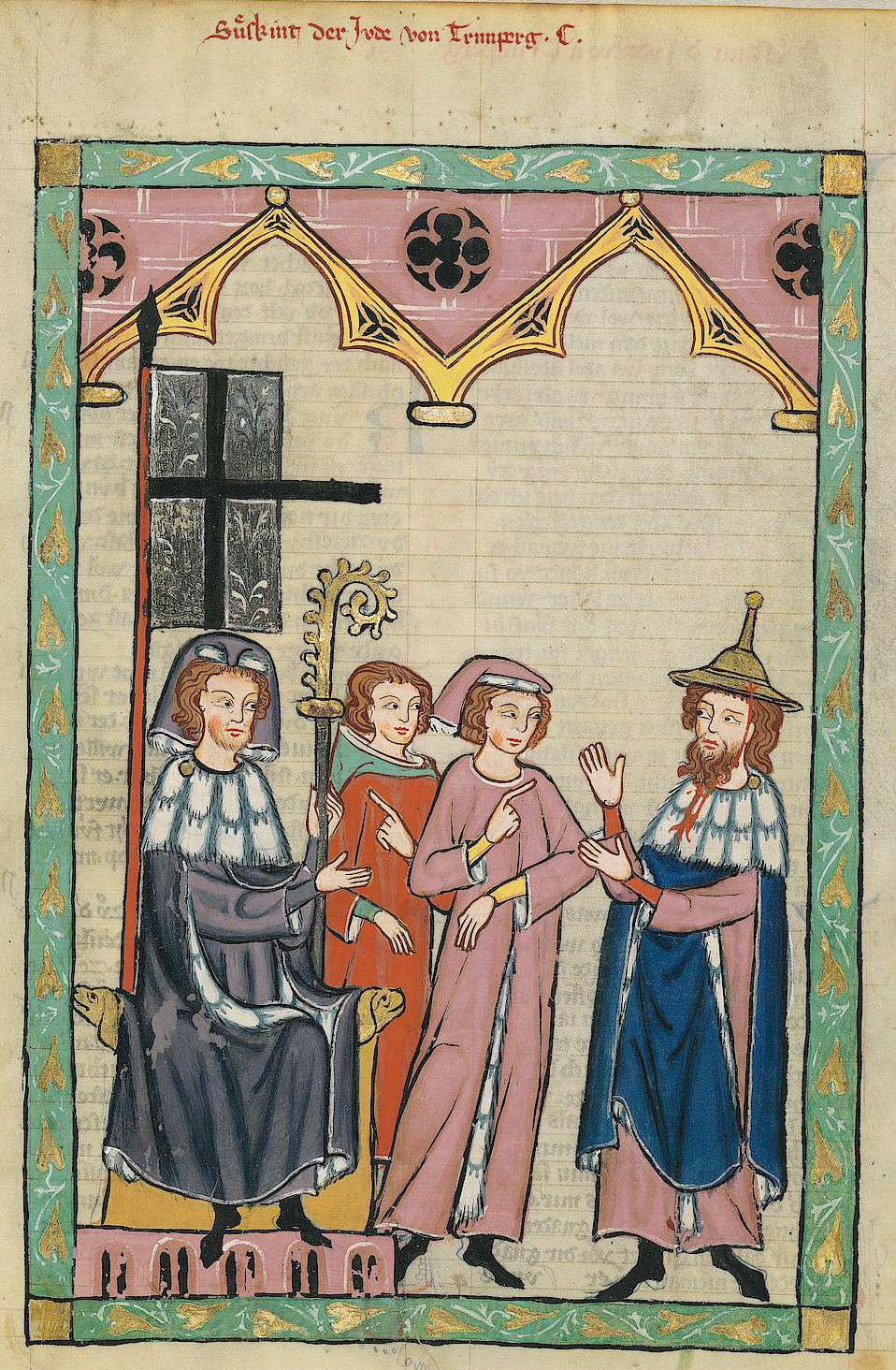 Someone, posted it already but got shut down hard for some reason. But the witches hat is symbolizing the cone of power. A witch generally casts a circle for a spell and And the power collects to a point to release a spell. -source any book on ritual witchcraft.

The conical hat allows the witches to concentrate their sacred power. The conical traps the energy of the body and earth so that the witch can be centered with a power that is infinite.

A witch is a healer, plain and simple, and they've been persecuted throughout the centuries for the same reasons any other non-mainstream groups have been: fear of the unknown, and ignorance.

Witches are not creatures of evil, and they've never swooped down from the sky to harass people or eat small children. A witch is a protector, not a destroyer, and each witch has a unique personality, just like any other human being.

As for the hat... the cone-shaped hat traditionally worn by witches is symbolic of wisdom and intelligence, not being a dunce (good hell, the person who thought that one up needs a swift kick in the ankle). Its pointed shape represents the cone of power, which is associated with the circle, the symbol of the sun, unity, eternity, rebirth, and the triangle.

Not the answer you're looking for? Browse other questions tagged origins wizards costume witches or ask your own question.

2
Why do Wizards look like this?
67
Did Tolkien popularize the generic description of a wizard?
40
When do students wear their hats at Hogwarts?

3
How do characters with long lifespans blend and be accounted for within the Muggle world of Harry Potter? (E.g. Wizards and Muggles)
13
Do Squibs have a prolonged lifespan, like other wizards?
73
Why do Tolkien's wizards look Human, and not Elven?
67
Did Tolkien popularize the generic description of a wizard?
5
Story ID: A children's book about a school for Witches and Warlocks
8
Why do the Wizards have staffs over wands?
112
Why aren't Muggles extinct?
9
Did any witches/wizards (non-Squibs) ever choose to live as Muggles?
12
Does J.K. Rowling distinguish between a sorcerer and a wizard?