In Starcraft, are the Protoss inspired by anything special?

Is there any particular inspiration source for the Protoss ?

The answer would either present a source credited by a Blizzard official talk or would present a Scifi work that predates the development of Starcraft (1995) and in which there is a race that definitely reminds the Protoss.

Focusing on the gameplay angle rather than the storyline, the abilities of the Protoss somewhat match that of the "psychic warrior" class of Dungeons and Dragons. However, it has been argued that all three races are a ripoff of warhammer 40K stemming from a failed deal between blizzard and the Warhammer franchise. As Kalissar mentions below, Warcraft was born out of a similar failure by Blizzard to license Warhammer.

Others claim the Warhammer40k connection is a myth, but both visuals and the crystal & energy backstory make the Starcraft Protoss and the W40K Eldar seem very similar. They are both the most advanced race in their universe, both proud and ancient and both possess psionic powers and like sleek shiny armours.
Yet others see the link between Protoss and "Predators" by 20th Century Fox as "obvious". For instance, they are both aggressive and physically strong but also having advanced armor. (At least a helmet in the case of Predators) The faces of their latest incarnations appear to converge towards each other. However, predators lack psionic abilities. According to this, the Starcraft 1 design of the races were somewhat of a rushed job, responding to criticism of the initial design which was being mocked as "warcraft in space", so I wouldn't be surprised if they borrowed quickly wherever they could.

In the end I think there's only so many alien tropes going around. The Zerg may as well be a ripoff of the visuals of the indian cobra, the assimilation backstory of the borg plus the "gameplay characteristics" of the biblical plague of locusts. Their genetic assimilation is not too different from the child-kidnapping by gnomes, trolls and fairies of old. The Protoss/Eldar are meanwhile just iterations of the fairy concept. Originally of european folklore, it was Paracelcus (1493 – 1541) who popularized the idea of fairies as "elementals", borrowing a term from greek philosophy. Gnomes were assigned the element of earth, sylphs the element of air. That's two blizzard/warhammer races right there! All "energy beings" also stem from medieval elementals plus a modern re-reading of the great chain of being of Neoplatonism. The modern concept of "energy" is simply equated with the term "spirit" as both are seemingly the opposite of physical matter. (Somebody didn't get the memo about E = mc^2)

Folklore aside, the following juxtaposition of WH40K and Starcraft, courtesy of Kotaku is too good to pass up.

Here's another picture of a protoss-lookalike from the warhammer universe: 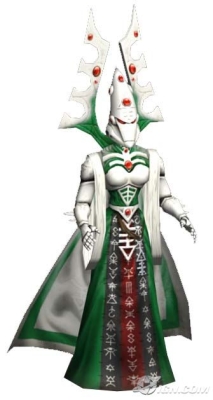 And a differing opinion by this cartoonist:

As an aside, WH40k had a much earlier foray into computer games. In 1993 the game Space Hulk was released, based on the wh40k-based board game of the same name. Judging by the screenshots it could have been mistaken for a predecessor of Starcraft, just as the 1994 computer game Warcraft Orcs & Humans was the official beginning of the warcraft universe: 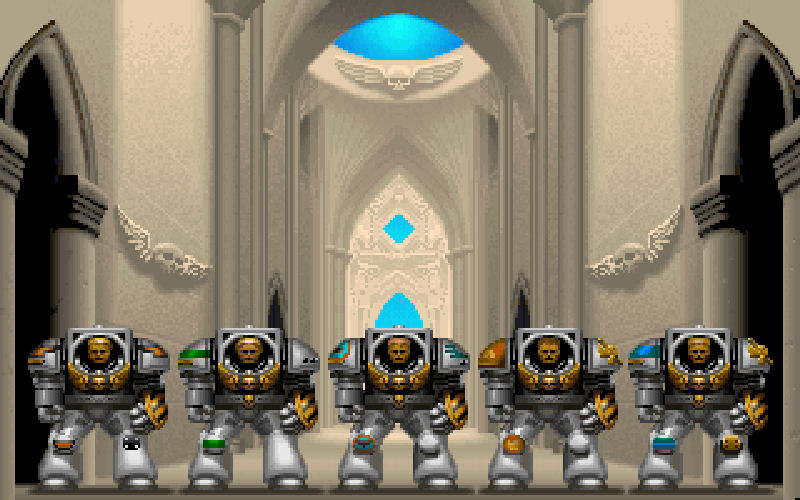 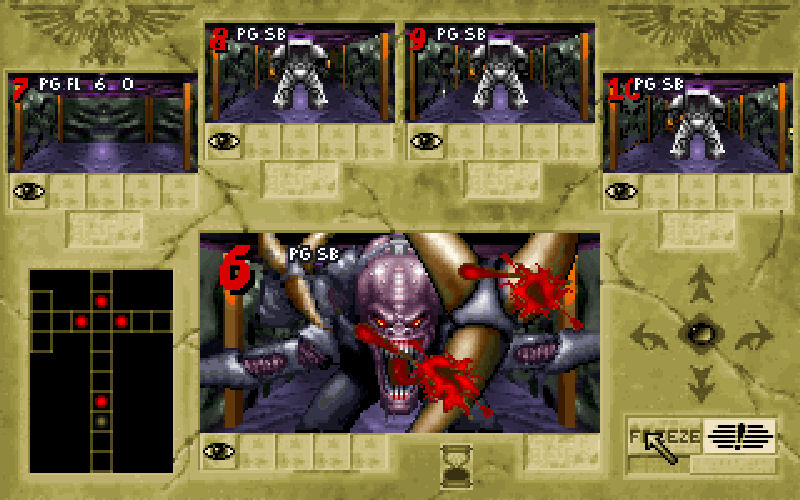 Not the answer you're looking for? Browse other questions tagged inspiration starcraft or ask your own question.

4
Did Richard A. Knaak get the idea for Warcraft from J. R. R. Tolkien?
9
Babylon 5 season 3 A Day In The Strife - First contact situation

32
Are there real world creation myths that inspired The Silmarillion?
4
Did the Starcraft Dominion Terrans evolve directly from the U.S.S.R?
37
What inspired the Incredibles?
9
Why is cutting the nerve cords in Starcraft 2 Legacy of the Void such a drastic turning point for protoss society?
51
Is the Joker based on anything?
0
Why can Protoss use magic in StarCraft?
5
How much is W40K inspired from the Incal series?
8
What part do the Protoss play in the “Ascension”? And if none, doesn't that make Terrans “pure of form” instead?