Has a Stanford torus ever been depicted in Star Wars canon?

I just watched Elysium and it got me wondering - in the exhaustive Star Wars canon, has there ever been a Stanford torus-like structure? (And don't say the Death Star)

Unlikely. Does this mean the Stanford Torus was NEVER used in the Star Wars universe? That is a different question. But my reasoning is based upon the fact we are never in a time in the Star Wars canon, even in the Expanded Universe that does not have artificial gravity, indicating a level of technological and scientific sophistication far greater than any current Earth engineering is capable of.

I know that might seem to be a strange approach to answering the question, but bear with me. Having reviewed the multitude of specific space stations designs listed in canon works and comic depictions on Wookieepedia, none of these designs even closely resemble the Stanford Torus. Once I started looking into the designs I realized why.

"Stanford torus" refers only to this particular version of the design, as the concept of a ring-shaped rotating space station was previously proposed by Wernher von Braun5 and Herman Potočnik.

It consists of a torus, or doughnut-shaped ring, that is 1.8 km in diameter (for the proposed 10,000 person habitat described in the 1975 Summer Study) and rotates once per minute to provide between 0.9g and 1.0g of artificial gravity on the inside of the outer ring via centrifugal force.

The tech level in the Galactic Republic even in its earliest depictions is far more capable than almost anything we can do on current Earth even if the political will to put a Stanford Torus in orbit existed.

The Galactic Republic was the ruling government of the galaxy that existed for more than 25 thousand years, until the establishment of the first Galactic Empire in 19 BBY. Throughout its existence, the state was commonly known as the Republic. In the post-Republic era and beyond, it was remembered as the Old Republic; it was also rarely known as the First Galactic Republic. At times, the term Old Order was used to describe the Republic.

Kuat Drive Yards was founded in the early days of the Galactic Republic by a group of human aristocrats known as the Ten. These merchants, led by the Kuat family, joined together with the intent to create the largest, most efficient shipyard in the galaxy. They hired terraformers to change the planet Kuat into a paradise world while engineers designed and built the first six of many orbital shipyard complexes. 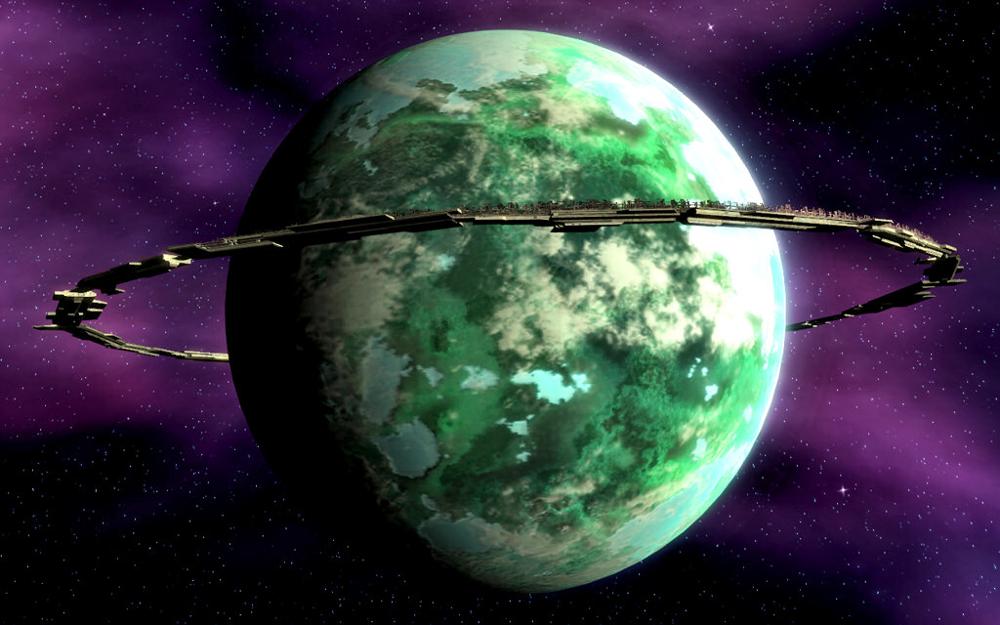 Does this mean there are no old-school pre-Republic Stanford Torus' out there? No.

I know that a Stanford Torus is supposed to be a doughnut-like habitat in space, something in between the ship in 2001: A Space Odyssey and Larry Niven's Ringworld.

If we're going with ships, there is the possibility of one: in Star Wars: The Empire Strikes Back, at the very end after Han turns into a freeze-pop, Luke and Leia are left in a live-ship. While perhaps not a Standford Torus in definition, it is a space habitat. Also, with the needs of a military, there would need to be live-ships in a space-bound military, since any number of sailors might have families. They could be left on war-ships, or they might have live-ships that travel nearby, or a space-station for those stationed out in space. (none of this is canon, though)