Is Magneto's power magnetism or can he manipulate all metals?

I just watched the third movie and humanity ends up using plastic to counter Magneto. 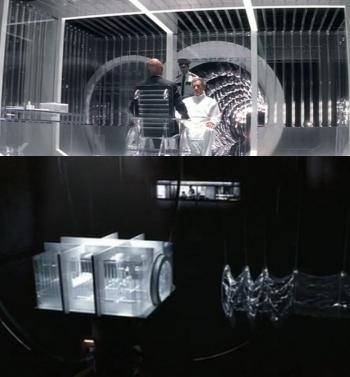 Similar to how Storm can make mist or sunny weather, but being called 'Weather' would be less strong sounding than 'Storm'.

Magneto controls magnetic fields to a ludicrous degree. In the comics, this has been extended to the point of knocking people unconscious by slowing/stopping the flow of iron to their brains.

He cannot control non-ferrous (non-magnetic) metals. This HAS been used against him, notably in the construction of the later-stage Sentinels, which were made of non-ferrous metal and plastic.

Most of the common metals used today, are magnetic to some degree. Iron, Aluminum, Copper, Titanium, Chromium, you name it. So having magnetic powers does give you power over most of metal-based objects.

Magneto's power is to control electromagnetic energy, not metal. In the first movie when Storm said she was going to fry him, instead of using his brain he could have just put a magnetic field around himself.

In the second movie, when Magneto was in that room made without metal, he could have just blasted that plastic gate open with electromagnetic force. And in the third movie he could have just crushed those plastic cure guns by putting a magnetic field around the guns and crushing them.

I know that because I read the X-Men comics from 1963 written by Stan Lee and illustrated by Jack Kirby. You should do the same if you want to know about Magneto. But I do think the guy who played Magneto in the movies was great.

Magneto has control/power over both magnetic fields and metal.

Toward the end of the first half hour of X-Men (released in 2000), as Charles Xavier is talking to Logan about what the school is, Xavier reveals his history with Magneto thus:

When I was seventeen I met a young man named Erik Lehnsherr. He, too, had an unusual power. He could create magnetic fields and control metal. Believing that humanity would never accept us, he... he grew angry and vengeful. He became Magneto.

This at least is his explained power set in the X-Men Movie Universe.

I think being called "The Master of Magnetism" is pretty clear. Magnetism has been extended to all electromagnetism, so he should be able to throw lightning bolts too if he wanted to(ie. his electrical looking shield he uses sometimes).

Well I believe his power is defined as being able to create magnetic fields. But in both the movies and the comics, there are moments when he is able to manipulate metals that are questionable as to being magnetic or not. So I don't really know, maybe he has the power to magnetise non-magnetic metals so that he can manipulate them with the magnetic fields.

42
How could Magneto stop the bullet fired at the police officer's head?
20
Can Magneto control Colossus?
7
Did Tony solve the magnet problem?

21
Can the power of Wolverine be nullified?
10
In X-Men: First Class, in the beginning scene, why doesn't the child Erik attempt to kill Shaw?
12
Can someone identify all the characters in this Marvel Not Brand Echh panel?
28
If Magneto's metal helmet can block Professor X's telepathic powers, why can't Wolverine's adamantium skull?
24
If Rogue absorbs Magneto's power then why can't she escape?
4
Can Masque Use his Power to Suffocate Someone?
1
Can Someone Explain Briar Raleigh and Magneto's Interest in Her?
0
Can the post-Endgame Avengers solve all their problems with time travel?