How do the Amazons of Themyscira know English?

It would seem that they cut themselves off from civilization and it's considered a Greek island. How would they even know what English is?

It's been a while since I read any Wonder Woman, but I believe she has a magical ability (built into her armor, tiara, or other gear) that allows her to speak/understand all Earth languages.

It may also be that her gifts from the Greek Gods included this ability (along with strength, speed, etc).

The treatment of Themyscara, however, has been inconsistent and frequently gone unexplained. The best explanation I can recall (though I do not have a reference) is that part of the magic which hides it from 'Man's World' allows the Amazons to speak/understand anyone on the island, or possibly just speak/understand anyone. Given all the reboots, continuity changes, etc, it's difficult to say for sure where any particular minor ability comes from.

Beyond that, the Amazons have been shown to rescue people from shipwrecks. They have possibly learned different languages from them.

There doesn't seem to be an explanation for this in either the 1970s TV show, or the DCEU movies. This has been addressed in the comics though...

In the original Pre-Crisis / Earth-Two continuity, the Amazons were able to observe the outside world using a Magic Sphere, given to them by the goddess, Athena.

HIPPOLYTE: Come, let me show you the Magic Sphere you've heard me talk about. It was given to me by Athena, the Goddess of Wisdom, just after we conquered the Herculeans and set sail for Paradise Island! It is through this Magic Sphere that I have been able to know what has gone on and is going on in the other world, and even, at times, forecast the future!

That is why we Amazons have been able to far surpass the inventions of the so-called man-made civilization! We are not only stronger and wiser than men -- but our weapons are better -- our flying machines are further advanced! And it is through the knowledge that I have gained from this Magic Sphere that I have taught you, my daughter, all the arts and sciences and languages of modern as well as ancient times! 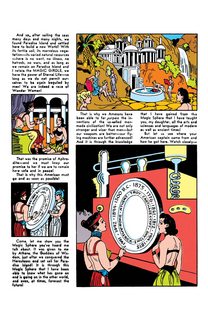 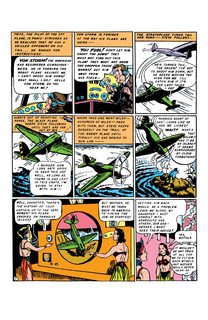 In the Post-Crisis / New Earth continuity though, the Amazons apparently didn't have the Magic Sphere, and didn't start learning English until after Diana's first visit to the outside world.

Despite being granted wisdom by Athena as part of her origin, the Post-Crisis version of Diana didn't understand English upon her initial arrival in the US. However, Hermes led her to Professor Julia Kapatelis, who was proficient enough at Greek to communicate with Diana in her own tongue. Diana was then able to learn English quite quickly, by simply hearing enough of it. 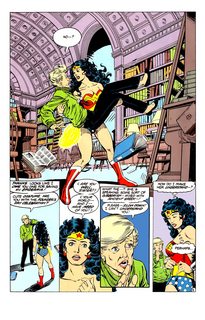 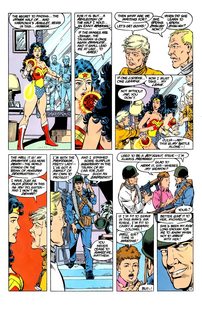 Much the same applies in the current Rebirth / Prime Earth continuity. Diana again spoke no English upon her initial visit to the outside world, but was able to pick up the language quite quickly, thanks in part to the empathic power of her lasso. 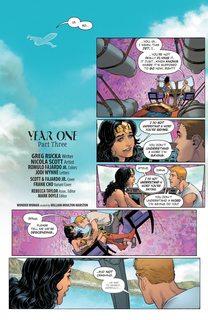 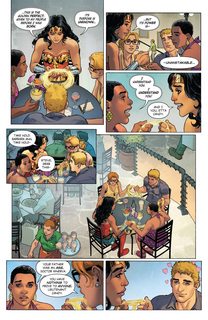 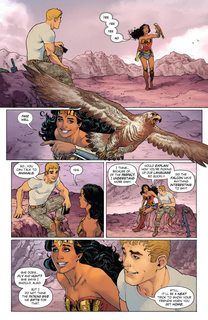 It would depend on the continuity. I agree with the apologetics already provided, but in Young Justice, many of the alien cultures and "lost" civilizations would speak other tongues unless and until the audience received the benefit of a translation spell or universal translator technology. It was my understanding from someone working on production that they had plans- far out- to explore the Amazons and produce yet another audible language for them. Unfortunately we never got that far.

To elaborate on some of the above apologetics, the Amazons see Diana as an ambassador to Man's World, thus attempts at knowing the foreign language and culture are often seen as the bare minimum requirement for being an effective ambassador. In most renditions, the Amazons have their finger on the pulse to Man's World, sufficient to know it is time for them to send Wonder Woman into it... so through the course of those observations, it may have been Diana's opportunity to learn English, etc.

Not the answer you're looking for? Browse other questions tagged dc languages wonder-woman or ask your own question.

6
Are Amazons and gods part Babelfish?

47
Do we ever see written English in the Star Wars films?
12
How exactly does the world-hell transition work in Constantine?
8
Why does Karkaroff speak in English to the Durmstrang students?
3
How did Mon-El know English?
13
How do the Amazons like Wonder Woman avoid extinction if they live in an island with no men?
8
How does Steve Trevor end up in Themyscira?
10
Society with standardized English language
18
What was written on the arrow which Wonder Woman receives from Amazons?
13
Is the language of the TVA, He Who Remains, and all of the printed material in these places in English or Allspeak?