Does The Hulk need oxygen to survive?

I'm not very familiar with the different versions of The Hulk. However, in general does he need to breathe oxygen in order to survive?

Would it be possible to kill him by propelling him into outer space?

No, he does not depend on oxygen to survive.

Or more correctly, he does not require an external oxygen source to survive.

According to Marvel Universe

The Hulk's body also has a gland that makes an "oxygenated per fluorocarbon emulsion", which creates pressure in the Hulk's lungs and effectively lets him breathe underwater and move quickly between varying depths without concerns about decompression or nitrogen narcosis.

In Hulk 77 (from 2005), Hulk has just fought a giant squid, and reflects on how he just survived such a prolonged battle underwater.

He realizes that his body has adapted to allow him to breathe underwater. 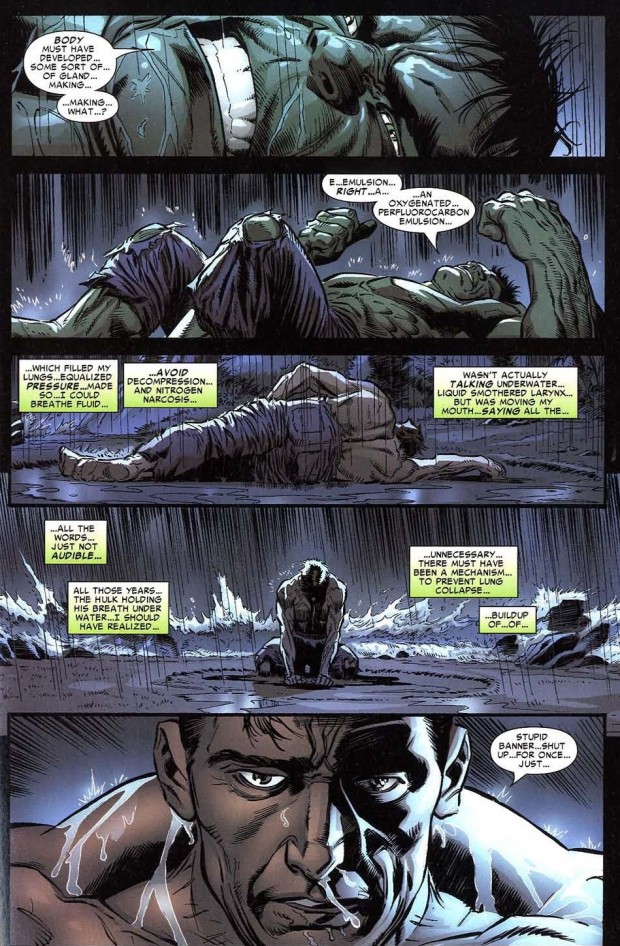 I can't find exactly which issue this is from (I believe it is from the prologue to World War Hulk), but The Hulk is in space when his breathing device is damaged and his body alters itself to adapt to the environment. 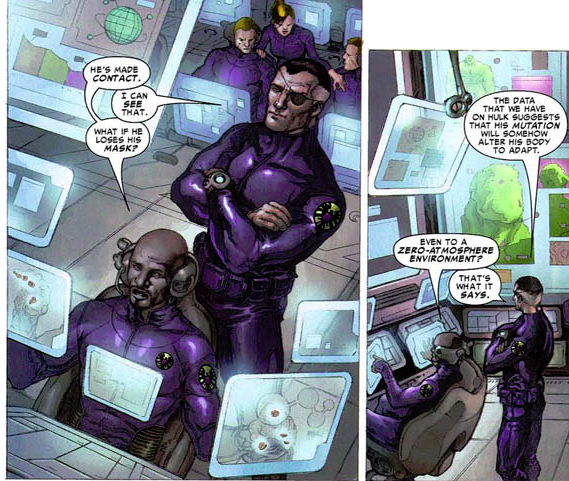 The Hulk adapts to his surroundings, World War Hulk explains it. I have graphic novels where he developed gills to breath under water. Hulk survived the sun and destroyed all X-Men, Hulk buster teams, and we still have this convo... He can't and won't die...

The correct response is that the Hulk cannot die due to a lack of oxygen.

The Hulk cannot be killed by anything that cannot kill him instantly. Period.

If he is exposed to a negative stimulus, for any significant amount of time, and allowed to adapt, he WILL adapt. This includes lack of oxygen, exposure to any radiation, heat, cold, anything. Given time, Hulk Smash it.

He's not invulnerable by any means, but gets closer and closer the longer he remains angry and exposed to an aggressor.

Not the answer you're looking for? Browse other questions tagged marvel the-incredible-hulk supernatural-abilities or ask your own question.

7
What happens when The Hulk goes into space?
3
Could the Hulk starve to death?

7
Why didn't S.H.I.E.L.D. intervene during the events of The Incredible Hulk?
22
Why is the Hulk so angry?
14
Do we know if the Human Torch needs to breathe oxygen?
12
How can Captain Marvel breathe in space?