Why was a white actor chosen to play the President in Iron Man 3? [closed]

It's typically common that when you put a fictional United states president character in your movie/TV you base it on the current US president at the time.

Hence it seems really confusing that a white actor was chosen to play the president, when the current president is obviously not.

Was there a reason for this?

Most movies use pretty generic fictional president characters or sometimes ones that are an amalgam of 2-3 recent or historic presidents unless they want to specifically represent a real president. The reason most mainstream blockbusters use fictional presidents is to remain as apolitical as possible. If you choose a real president and portray them positively or negatively in the slightest way, you're likely to alienate some part of your audience. So if you're making a comic book movie for all age groups, this probably isn't what you want.

In Iron Man 3, the president was portrayed as being somewhat impotent in the face of the "Mandarin" or rather the manipulation of Aldrich Killian. If they had made the president black, people would have immediately associated him with the only black POTUS in history, which would not only distract from the plot, but also unnecessarily upset Obama supporters (or perhaps even Obama detractors for not showing him as negatively as they'd like).

That said, the Marvel Universe in comics often draws inspiration from or even directly inserts real presidents to add realism. They aren't necessarily 100% aligned with the real-life timeline, but they're definitely in there and even sometimes featured in special issues.

And for no reason, here's Al Gore getting decked by Spider-Man: 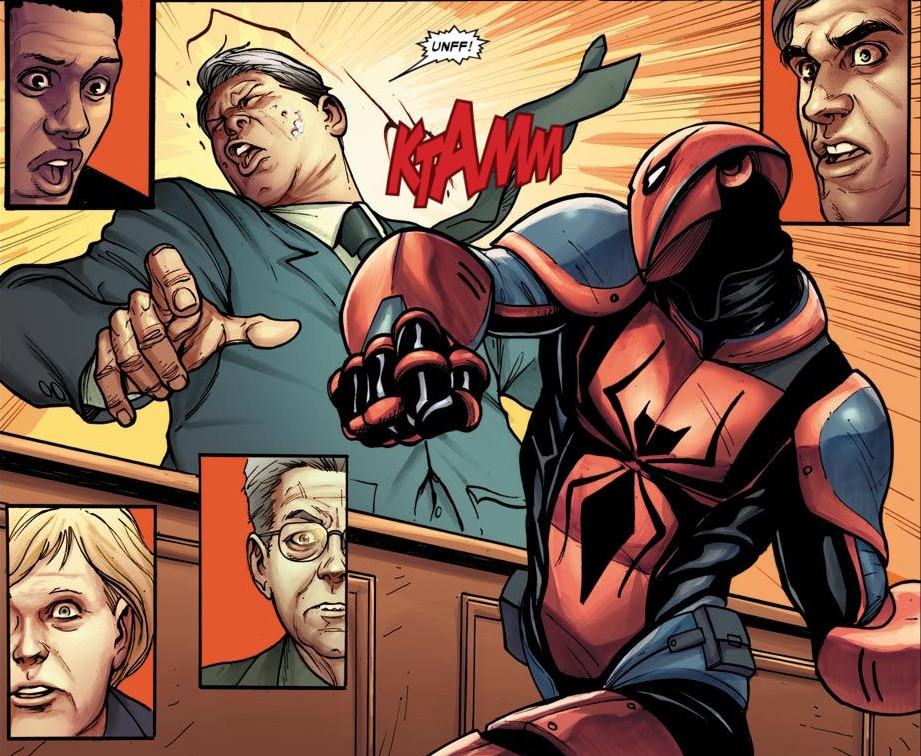 I can think of a number of fictional presidents that don't have much to do with the president of the time. The presidents in 24, Independence Day, Sum of all Fears, just to name a couple.

Why would the president be based on the current president, unless it is related to the plot movie?

Not the answer you're looking for? Browse other questions tagged marvel marvel-cinematic-universe iron-man-3 or ask your own question.