When did Batman get a Green Lantern Power Ring?

What is this panel from? I tried googling it, but I just got people arguing about how powerful this combination would be, or why it hasn't happened yet. 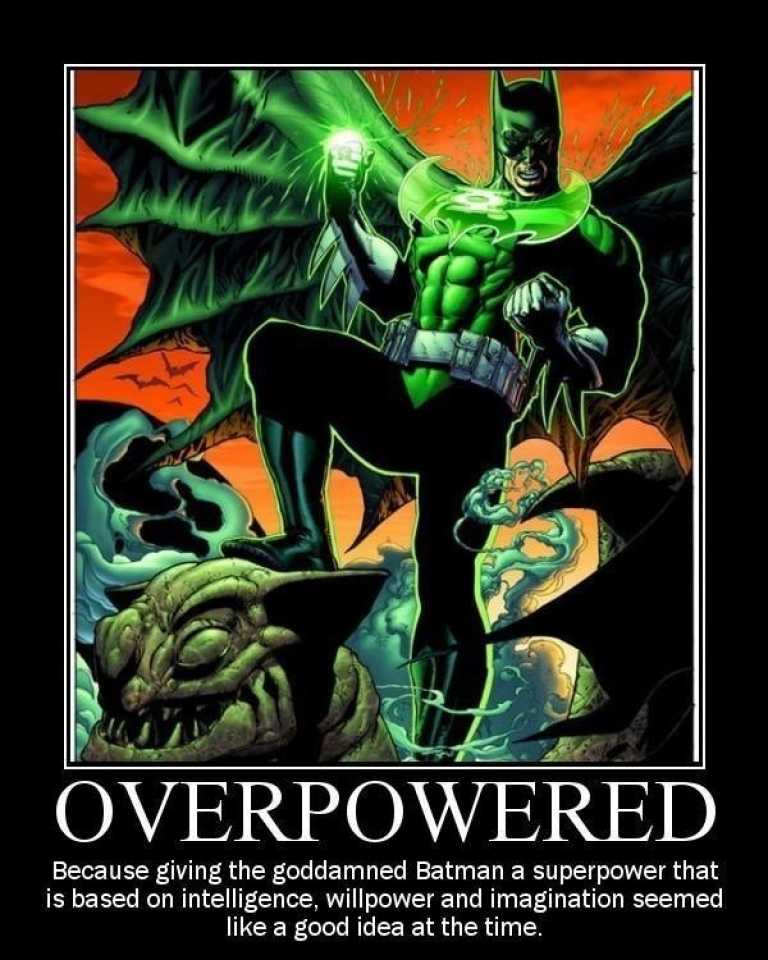 The only thing I can think of is the 1994 Elseworlds series 'Darkest Knight', mentioned here. I haven't been able to link the two.

You can see a variant cover here with the same picture: 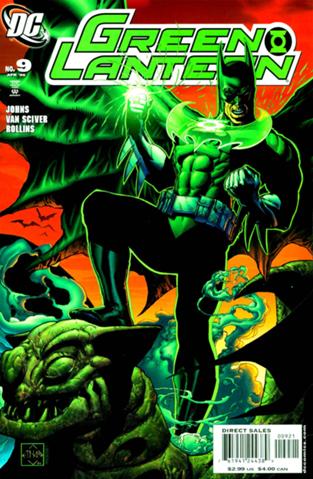 Batman does not get his own ring. He temporarily borrows Hal Jordan's as an attempt at psychotherapy. Nor is the cover a piece of fan art. It was actually an alternate cover to the issue Green Lantern Vol 4, #9, "Branded" by Geoff Johns. The cover was done by Ethan Van Sciver.

"Branded" - Batman calls on Green Lantern to take on a new version of an old foe - the Tattooed Man. This one is in the Cityside Motel in Gotham City, and has been murdering people, including Lou Rosen who was cheating on his wife. While Green Lantern takes on his tattoos, Batman takes out the man himself. Back in the Batcave, Hal has Bruce try on the ring, to try and help him overcome his inner demons. Bruce conjurs up images of bats a first, but then gains control and forms a vision of his parents. Batman tells him he's not ready to give up his darkness, but thanks anyway and they part ways.

Batman is given a Green Lantern ring in Batman : In Darkest Night. It looks awesome!

The comic is an Elseworlds story in which Bruce Wayne becomes the Green Lantern instead of Hal Jordan. This one change creates a domino effect which changes many events and characters in the DC Universe. The story draws heavily from related Batman comics, including Batman: Year One and The Killing Joke. 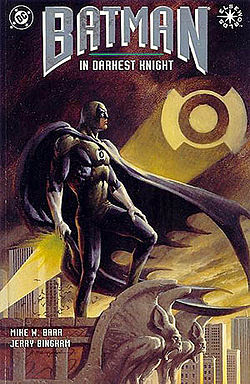 I [faintly] recall that in one issue, [of the Dark Knight] Hal Jordan gave Batman his ring, “to try it out for size”, to see if not only would he want to join the ranks of being a Green Lantern, but a better introspection of himself.

He put the ring on and was immediately overwhelmed by the power of the ring, seeing visions of what he was in the past through to the present and gaining a more open insight of himself and what he regarded as his duties

Ultimately he refused the ring, giving it back to Hal and stating that: “That's too much power for a human being to wield”, then walking away in a sombre mood.

18
If Batman has such strong will power, why hasn't he been recruited by the Lantern corps?