Did Darth Vader ever return to Tatooine?

Did Darth Vader ever return to Tatooine for any reason? (For example: to hunt Jedi?)

I know mention is made in a couple of the EU books that Tatooine would make a good place to hide Luke because it was such a painful place for Vader, but I never heard whether or not that actually stopped him from ever returning there.

Within the main canon of Star Wars (the 6 theatrical movies, Clone Wars TV series and film and Rebels TV series) there was no account of Anakin returning to Tatooine after becoming Darth Vader however in the latest Marvel comic series Star Wars : Darth Vader, we learn that he did indeed travel to Tatooine to converse with Jabba the Hutt and hire bounty hunters to search out the identity of the "mysterious pilot". 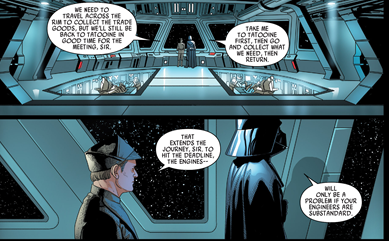 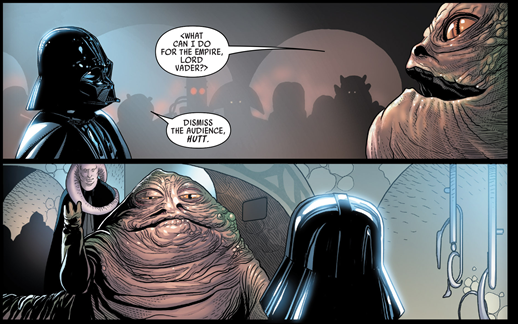 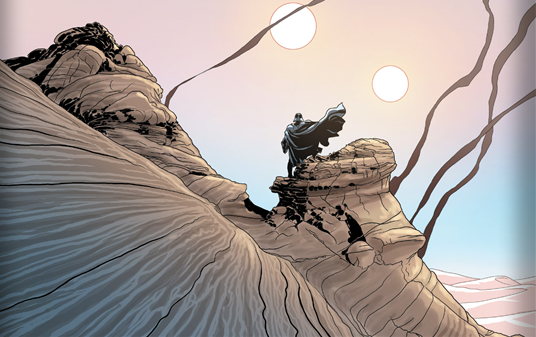 The main EU novel dealing with Darth's rise to power is Dark Lord: The Rise of Darth Vader. This book was written in consultation with LucasArts and contains a considerable amount of information about the gap between Revenge of the Sith and A New Hope. In it, Obi-Wan learns (from Qui-Gon's force ghost) that Vader will never set foot on Tatooine again, supposedly making it an ideal place to hide young Luke:

“Qui-Gon!” he said. “Master!” Realizing that the locals were quickly going to brand him a madman if they heard him talking to himself, he ducked into the narrow alley between two stores. “Master, is Darth Vader Anakin?” he asked after a moment.

Yes. Although the Anakin you and I knew is imprisoned by the dark side.

“I was wrong to leave him on Mustafar. I should have made sure he was dead.”

The Force will determine Anakin’s future. Obi-Wan: Luke must not be told that Vader is his father until the time is right. “Should I take further steps to hide Luke?”

The core of Anakin that resides in Vader grasps that Tatooine is the source of nearly everything that causes him pain. Vader will never set foot on Tatooine, if only out of fear of reawakening Anakin.

Obi-Wan exhaled in relief. “Then my obligation is unchanged. But from what Yoda told me, I know that I have much to learn, Master.”

You were always that way, Obi-Wan.

Obviously in light of the recent canon changes, this assurance now seems rather more hollow.

Unless further stories altering this are written in the future, Darth Vader does not return to Tatooine after the events of Revenge of the Sith and before the events of A New Hope.

Vader returned to Tatooine at least once between 19BBY and 0BBY. He was an ally of Jabba the Hutt, and a canon Star Wars comic shows Vader inside of Jabba’s Palace with several Stormtroopers. At the beginning of Episode IV, Vader was very near Tatooine during his incursion of the Rebel ship Tantive IV, the vessel that C3PO and R2-D2 escaped from. I believe that Vader chose not to pursue the droids on Tatooine himself because he didn’t particularly care about the Death Star battle station or its success.

“Don’t be too proud of this technological terror you’ve constructed. The ability to destroy a planet is insignificant next to the power of the Force.” — Darth Vader, Episode IV.

Vader had no compelling reason to go to Tatooine during the events of Episodes IV, V, and VI.

16
Why did Palpatine and Vader go to the Death Star?
8
Who saved Luke: Anakin or Darth Vader?
10
Why did Qui-Gon and Obi-Wan return to Naboo?
20
If Darth Vader discovered Luke was his son from the Emperor in the 2004 retconned version of “The Empire Strikes Back”, then how did the Emperor know?
1
Did Darth Vader feel remorse for killing Jedi?
49
At the end of Return of the Jedi, did Darth Vader learn that Princess Leia was his daughter?
26
Did Darth Sidious ever intend for Darth Vader to kill him and take his place?
13
Did Luke know about Kylo Ren's obsession with Darth Vader?