In both Sun of Suns and Queen of Candesce by Karl Schroeder he describes "geared" cities which are a number of rings joined together so they turn like gears in a mechanism. They are described as a central ring with other rings round the outside resembling a flower, however it also says that a person could just step from one ring to another.

Six town wheels surrounded a seventh like the petals of a flower. Their rims touched and an elaborate scaffolding, shadowed behind them, indicated some fixed connection between them. When they turned, they would have turned in synchrony. You could step off one wheel and onto the rim of another—no cable cars for these people.

Surely if the rings are outside to outside like the "flower" configuration would require there's no way to step from one to the other as gravity would be pointing in opposite directions for each ring?

Have I misunderstood the descriptions or is there more to this?

First off, let me say I didn't read the books (yet), but I just did some research and some hard thinking (also some crappy drawing) and came up with this:

I came across a layout describing the 'ying-yang' steps used to travel to/from the middle of a ringworld. I hope my sketch can explain it a bit: 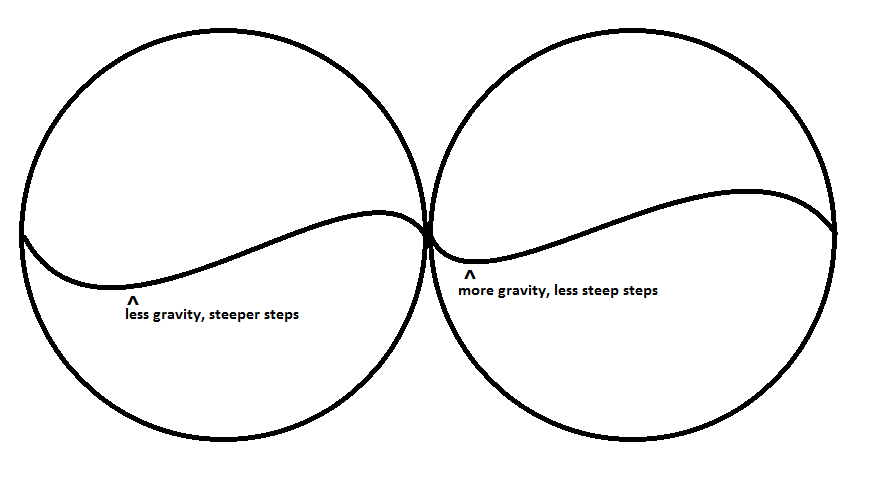 With this step layout it should be possible to keep the strain of climbing with increasing/decreasing gravity relatively constant.

Those steps also lend themselves to my theory on how to cross from one ringworld to another. Let me show you another crappy sketch: 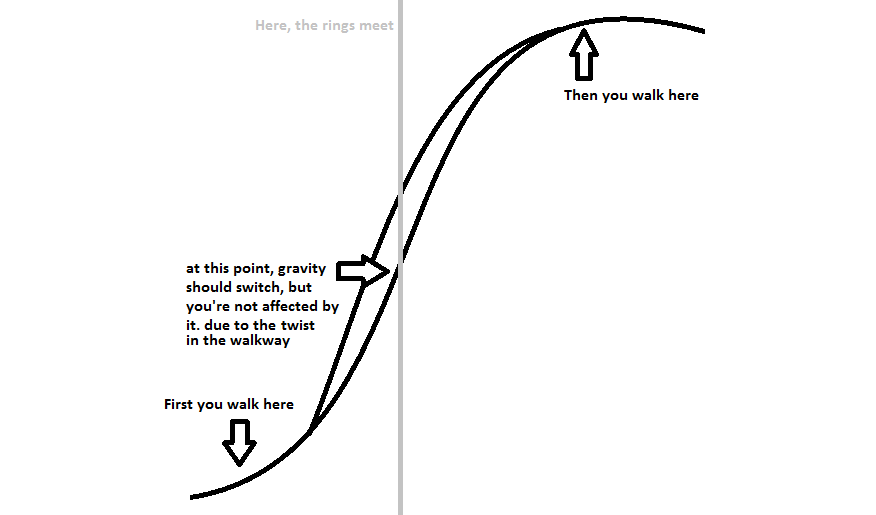 This sketch looks at the 'inside' of a ring, meaning the part between the inner surface and the outer surface. As you can see, by twisting the walkway, it should be possible to walk from one ringworld onto the other.

Possible caveats that came to mind:

The world of Sun of Suns written and created by Karl Schroeder is a complicated one and while it explains lots of things, it also leaves plenty to the imagination. It is not, however, a ringworld or halo construct. Think more on the lines of Niven's Integral Trees environment. 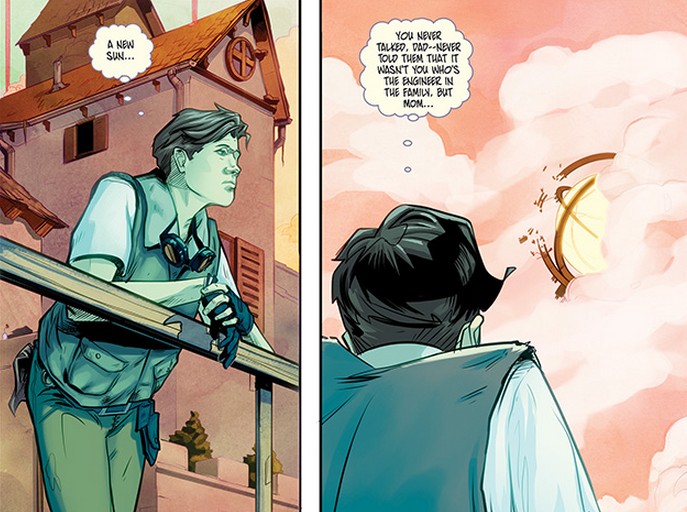 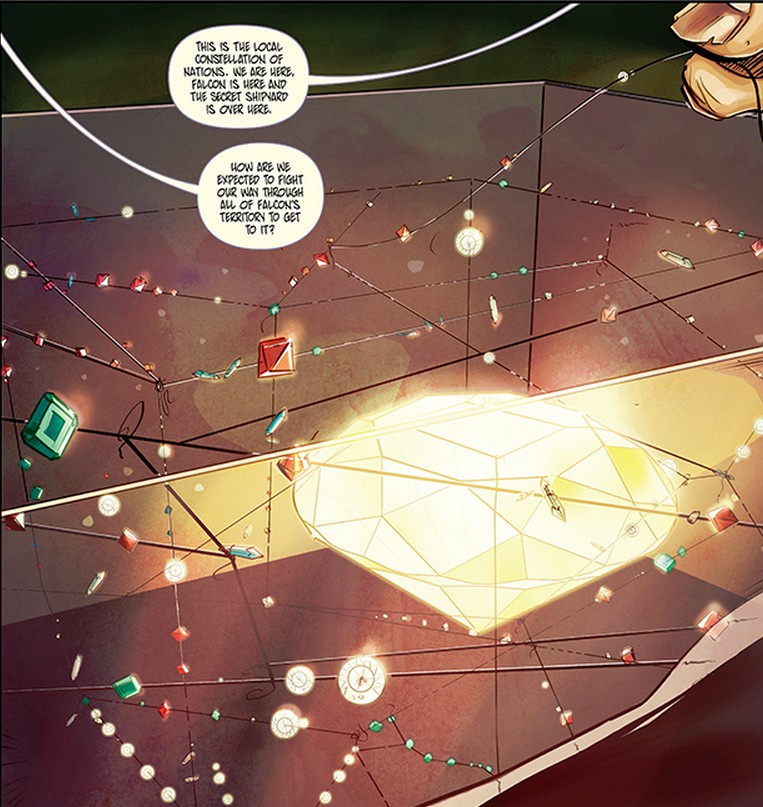 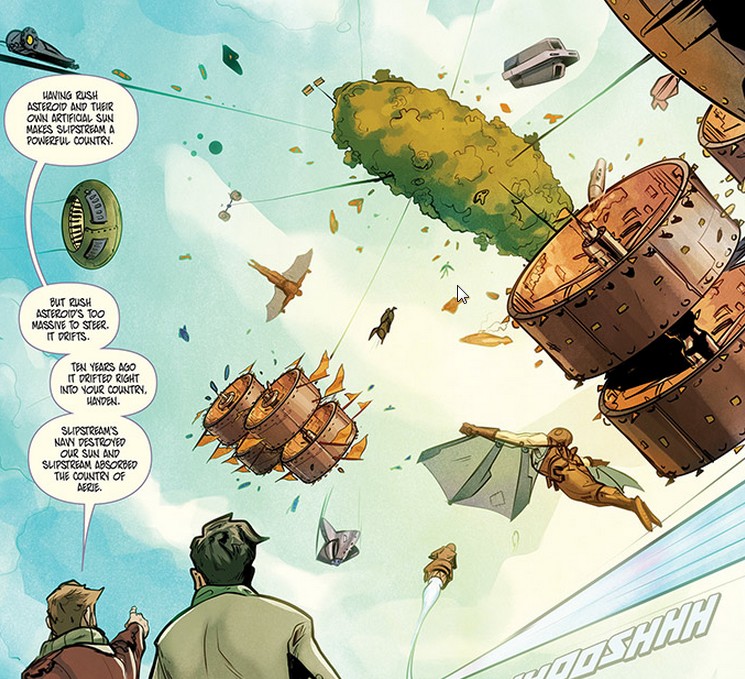 More complicated cities become cylinders made of metal (presumably mined from the floating asteroids). There can be multiple cylinders connected together in multiple arrangements, and since there is no gravity, once you move away from the centrifugal gravity, you are able to float/fly between rings, or cylinders.

There are potentially hundreds of townlets/cities depending on population, availability of resources and military capability. The town shown below was considered to be a town not wealthy enough to have its own sun. You can use it as a marker for scale. 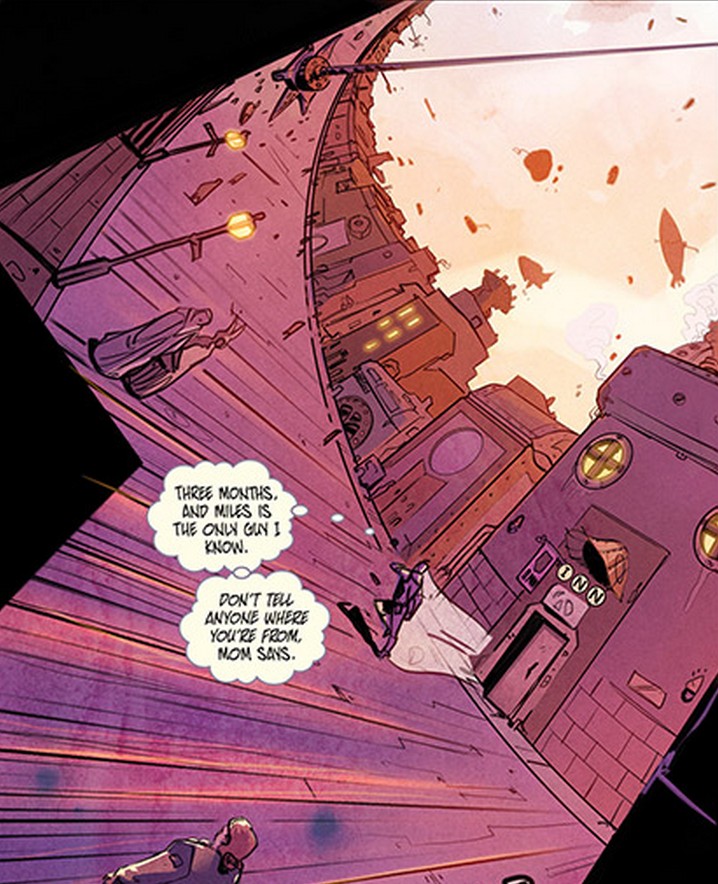 All of these images are from Karl Schroeder's comic representation of his work at http://virgacomic.com/ where he and a talented group of writers, scripters and artists convert his vision into a comic format. His site also gives you a map and a description of how his world works. 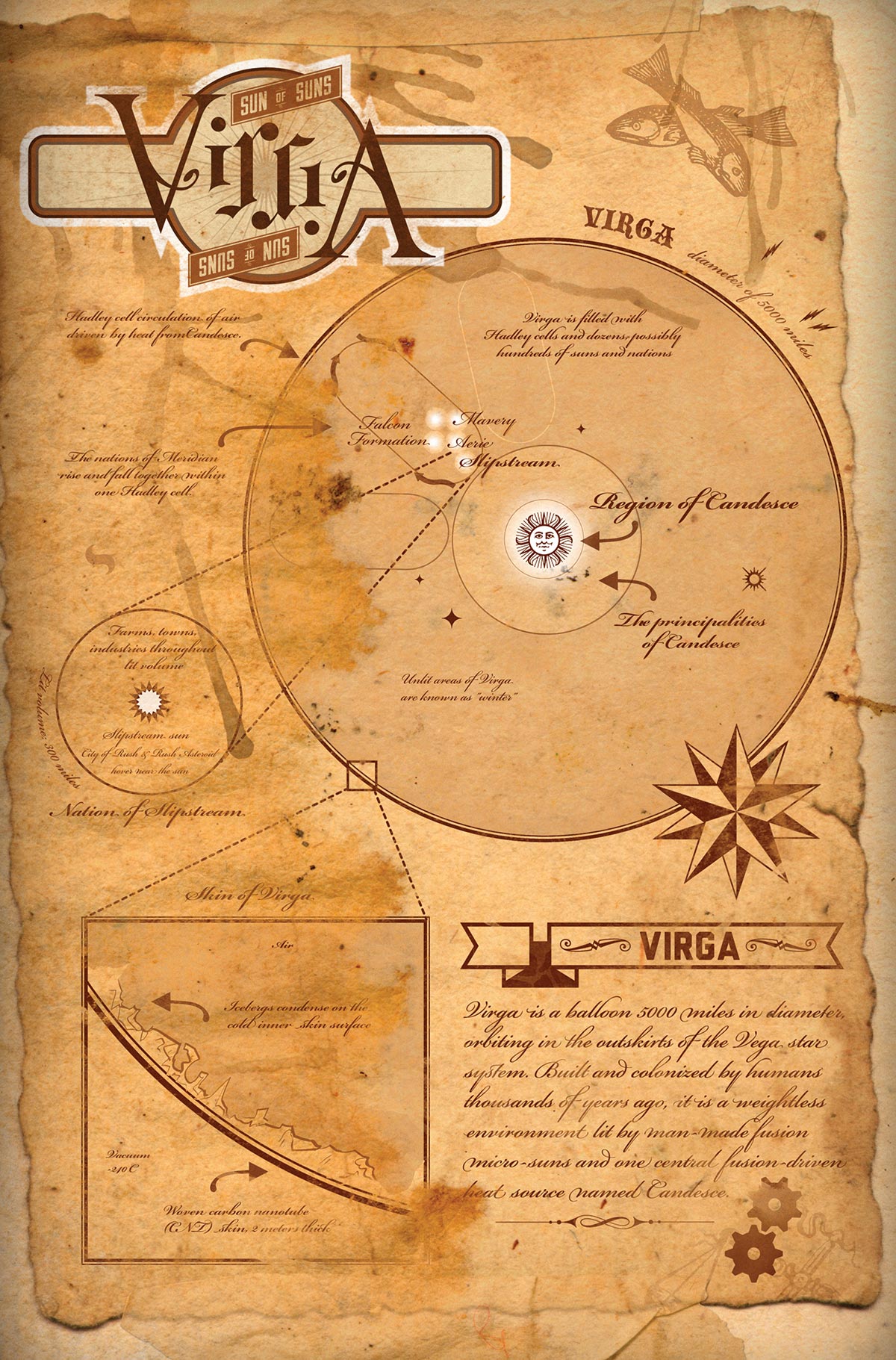 Not the answer you're looking for? Browse other questions tagged virga or ask your own question.