What is happening at a specific part in Harry Potter - The Deathly Hallows?

I want to know the plot details, and what is happening in a specific part in a movie called Harry Potter - The Deathly Hallows.

What I want to know about: 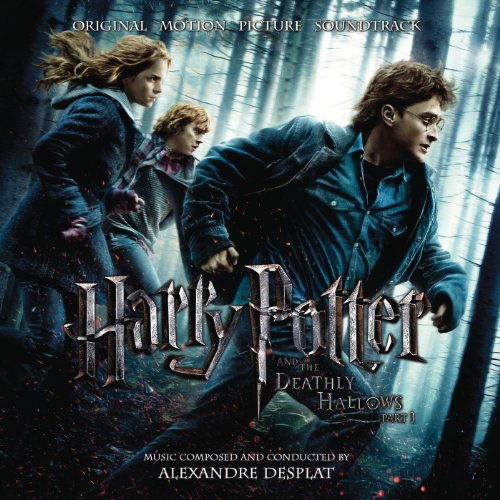 The music is from Harry's attempts to infiltrate the Ministry, specifically entering Umbridge's office to steal back RAB's locket from her.

The soudtrack piece is called "Detonators" because Harry used Decoy Detonators from the Weasley's Wizarding Wheezes to cause the distraction in the Ministry room so he could enter Umbridge's office.

Here's the screenshot of the Detonator from the movie: 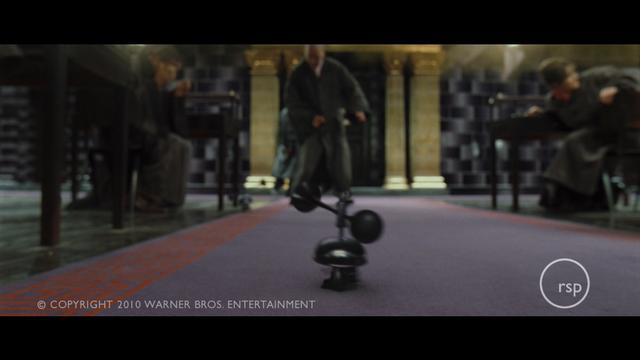 And here's what happened in the book:

Harry looked back at the dozen pamphlet-makers: Though they were intent upon their work, he could hardly suppose that they would not notice if the door of an empty office opened in front of them. He therefore withdrew from an inner pocket an odd object with little waving legs and a rubber-bulbed horn for a body. Crouching down beneath the Cloak, he placed the Decoy Detonator on the ground.

It scuttled away at once through the legs of the witches and wizards in front of him. A few moments later, during which Harry waited with his hand upon the doorknob, there came a loud bang and a great deal of acrid smoke billowed from a corner. The young witch in the front row shrieked: Pink pages flew everywhere as she and her fellows jumped up, looking around for the source of the commotion. Harry turned the doorknob, stepped into Umbridge’s office, and closed the door behind him.

And, just for completeness, here's the movie scene on Youtube: