What novel had an isolationist Earth and the rest of humanity in a war of attrition against aliens?

In the book, humans were in a long war with an alien race that had a slight upper hand in numbers and technology, and so were slowly losing ground. At the start of the war, Earth had cut itself off from all contact with the rest of humanity; I think this was hundreds of years before the events in the book. As the book opens, a single spaceship from Earth arrives at the human's capital world, IIRC to pick up an ambassador to travel to the alien's home world for peace negotiations.

The ending went along these lines:

After the peace mission, the aliens invade Earth with a large part of their military and trigger a booby trap that destroys them along with Earth. After that, the balance of power is in humanity's favor.

If it helps, I would have read the book in the late 1970s or early 1980s, but I believe it was published some time before that. 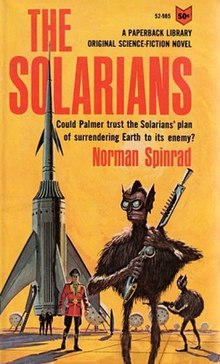 The novel takes places centuries in the future when humanity has colonized many star systems. Another race, the Duglaari or "Doogs" is slowly conquering human systems, herding the inhabitants into barren areas where they simply starve to death. The two races have approximately equal technologies, and space battles are decided by superior numbers, with the Doogs always having the advantage.

The colonists are awaiting the emergence of saviors from "Fortress Sol", the Solar System, which has been closed off to all ships since the early days of the war. Before sealing themselves off with billions of space mines and robot ships, the Solarians, as they are known to the colonists, promised to re-emerge with an answer to the numeric superiority of the Duglaari.

Returning from yet another lost system, a fleet commander called Palmer finds that a group of Solarians has contacted his superiors and wishes him to accompany them on a mission. The mission is to journey to the Duglaari home world and end the war.

Along the way, he discovers that they are different from any people he has ever known. He was raised in a hierarchical military society, where computers make all important decisions, including the conduct of battles. He is amazed that the Solarians use computers very little, relying on their innate skills to pilot spaceships, navigate, and decide on tactics. They rely on the "Organic Group", the idea that humans have individual talents allowing them naturally to adopt roles in small cohesive groups. One man, stereotypically handsome and charismatic, is Leader. Another takes the role of Gamesmaster, intuitively understanding probability and psychology. The group includes a pair of telepaths, and a mysterious woman who has no specific role, except that the Group is better with her than without. Her role is described as "Glue". Part of her job is to relax their guest and prepare him for his role, which involves offering sexual as well as spiritual comforts.

The Solarians take Palmer to Fortress Sol, behind all its defenses, and tour the system so he can see Earth for the last time. The Duglaari fleet arrives and penetrates the defences, unleashing massive bombardments that destroy all the habitable planets. When all seems lost, a stardrive in a ship on Mercury is activated, and Sol explodes, annihilating the Doog fleet. Suddenly the Solarian scheme becomes clear to Palmer. By goading the Doogs into risking a large part of the fleet, they have destroyed so many ships that from now on, the colonists will always have the advantage. Palmer's humiliation was a necessary part of the deception. He believes that Earth sacrificed itself to save the colonies. He is wrong in one detail, however.

In the final chapter, it is revealed that humanity had evacuated the Solar System and is traveling between the stars in massive Space Arks. Faster than light ships cannot be larger than a certain size, but the Arks, proceeding slower than light, can be as big as necessary. In a matter of a few decades, they will reach Alpha Centauri and humanity will reunite to defeat the Duglaari. In addition, with Earth destroyed they will cease looking back to the home world and will conquer the galaxy.

To add another possible line of investigation; it sounds like a prequel to van Vogt's Empire of the Atom. Which was published 1957 (around the time you were indicating).

He did a lot of short stories and I don't know his work comprehensively enough to know whether this is one of them.

This could be Old Man's War by John Scalzi, but then I don't recall any telepathic/psychic being in it. Still, check out that book. It's pretty awesome, IMHO.

Not the answer you're looking for? Browse other questions tagged story-identification aliens space warfare or ask your own question.

9
Looking for old sci-fi book about Dulgari Empire
5
What book has human colonies at war against a (possibly bat-like) alien race?
28
Short story about aliens warning humanity not to leave Earth

7
What book trilogy has wolf-like aliens seeking help from humans in a war?
4
Aliens Invade and Enslaves Humans. Hero sends A-bomb thru transport to alien planet
11
Seeking novel about aliens who conquer and occupy Earth and forbid technological progress
20
Book about aliens arriving in an old country; people capture their spaceship and arrive at alien's planet
21
ID: Duck-shaped aliens accidentally cause nuclear war and winter, wiping out humanity