What happened to Barris Offee after her trial?

I know last season's conclusion is the mother of all cliffhangers, but are there any other EU materials where she appears later?

As to the first question, it is speculative, and I don't know that we can answer it.

As to the second, I presume you are asking for events following the trial of Ahsoka Tano. Her page on Wookiepedia states (drawn from Reversal of Fortune):

Offee remained in partnership with her former Master until the end of the Clone Wars. Dispatched to Felucia to serve as a healer with her new Padawan Zonder, they were captured by Gossam Commandos working for the Confederacy of Independent Systems and thrown in prison. They were later rescued by the Jedi Aayla Secura and Ekria, as well as the clone trooper lieutenant Galle. It was later revealed that Presidente Shu Mai of the Commerce Guild had arranged to poison Felucia's water supply, and so Offee and Secura sought to save the planet.

Following lieutenant Galle, Offee took a squad to Har Gau while Secura and Commander Bly went to Niango. When Offee's group arrived at their site, they saw that the defenders consisted mostly of sentients, rather than droids, and realized they could not simply blast their way into the center. Padawan Drake Lo'gaan, who had accompanied Secura to the planet enlisted Galle's help for his plan. In order for the Padawans to infiltrate the water planet, Zonder drew the attention of the Gossam Commandos, while Galle and the Padawans attacked, striking down the droids. The Padawans then detached from Galle's squad, moving into position near the center. Lo'gaan commed Galle and ordered him to activate the next phase of the plan, and Galle called for a retreat. The defenders pursued, leaving the way wide open for the Padawans to infiltrate the plant and stop the toxins.

As Galle fell back, Bly received an encrypted message from Coruscant, ordering him to execute Order 66, a contingency order that demanded the deaths of all Jedi. Galle and his squad rendezvoused with Offee, who was fighting off a number of battle droids. Galle came to a halt, and Offee ordered him to fire. The lieutenant complied; he ordered an AT-TE to open fire on Offee, blowing her remains to ashes. As Offee died, lightyears away, her former master perished also.

When the Galactic Empire emerged, official records compiled by Sate Pestage stated that Offee and Secura were both executed because they were plotting to poison Felucia's water supply.

However, the canonicity of that is debatable:

Because of Offee's corruption in the Season 5 finale "The Wrong Jedi", her fate later into the Clone Wars, specifically her being a victim to Order 66 as well as her involvement in the MedStar books, has been left ambiguous. Leland Chee hasn't commented much on resolving the issue, although he has stated that it wasn't necessarily stated that she was still a Padawan in the episode regarding the stance on MedStar.

So you could use the information that was canon, but never explicitly retconned, or you could say "we don't know what happened to her". The official policy seems to be "No comment".

According to the (now non-canon) Revenge of the Sith Graphic Novelisation, she died during Order 66, killed by the Clone Troopers under her command launching a blaster volley at her back from their AT-TE. 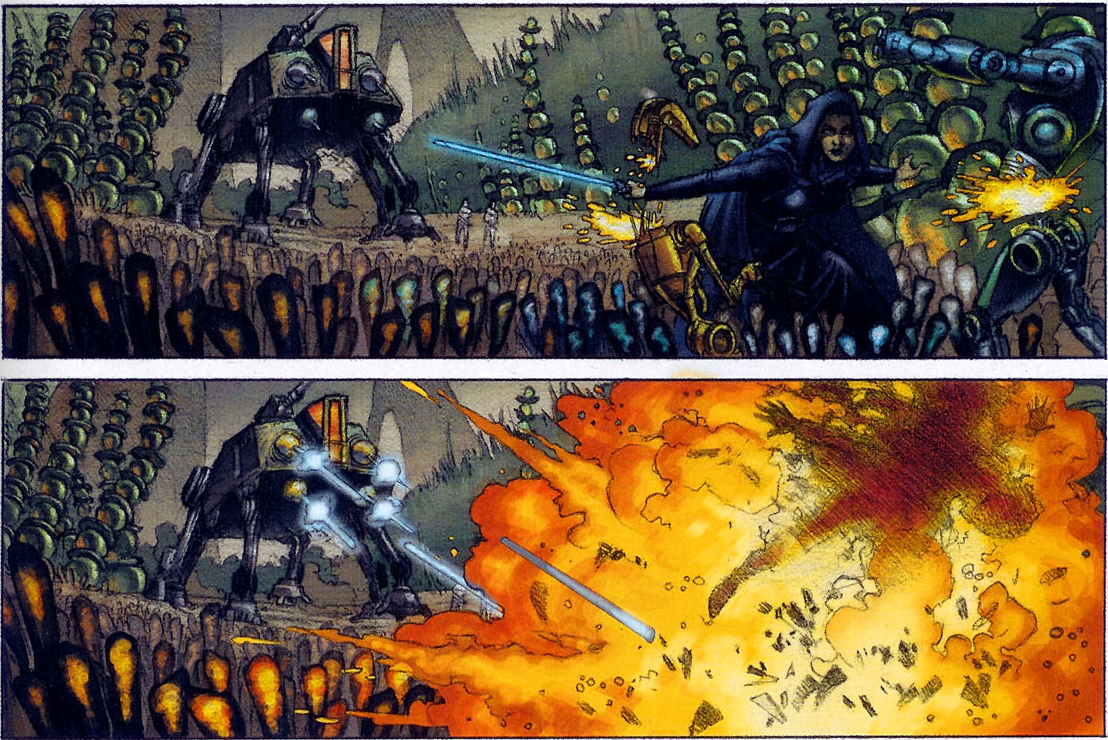 Admittedly this seems to conflict with canon as it's unlikely she would have returned to 'active service' as a Jedi Commander after admitting a serious crime.

If you go by the Clone Wars canon. Barris Offee must of been in Jail when Order 66 happened & she probably escaped or was still in jail when probably executed for being a Jedi without the Sith caring about her leaning as a dark jedi. The books state the Master VOS barely made it through Order 66. Would be awesome if he made a cameo about his whereabouts in Star Wars REBELS or Rogue One movie.