I need the name of a book that I read in the 80s. Here is what I remember:

Any ideas? I've looked forever. Thanks.

The book is Warrior Planet by Don Wismer. 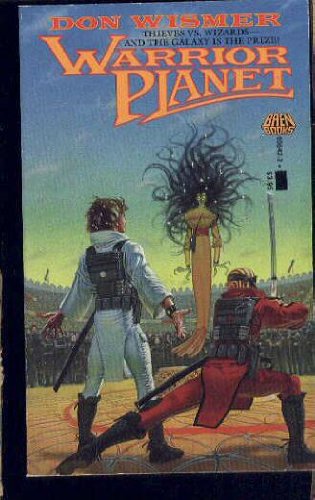 The October Guild . . . Few knew them for what they were: an alien race from the Sculptor galaxy. Fewer still recognised their powers, or guessed their object: control of all Human Space. The Guild of Thieves . . . Its members have sworn to stop the October Ones. Their leader, the Nin Tova, teaches perfection in body--but the Thieves are helpless against the October Guild's psy powers. Asher Tye . . . An apprentice of the October Guild, he is kidnapped by the Thieves to teach them the mental skills they must have. What he finds on the Warrior Planet is not at all what he expects.

Full marks for mentioning the name "The Nin" as it was this that triggered my memory. With book ID questions I find that mentioning a character's name is usually key to jogging memories.