What (if any) is the symbolism of the Bajoran emblem?

I've been watching DS9 a lot lately and I've noticed that the Bajorans use the Emblem of the Bajoran People extremely regularly. Aside from being a common design for jewelry and insignia, they're used in architectural ornamentation, window design, and so forth. I joked that they used it like medieval inhabitants of andalusian Spain.

Memory Alpha didn't provide me with more than that name, but it's used often enough and is distinctive enough that I'm curious if it has a deeper meaning. 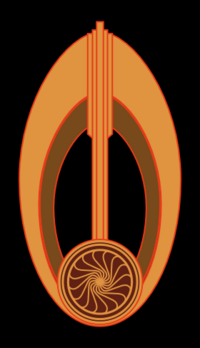 I think it's safe to say it's in some way symbolic of the relationship the Bajorans has with the Celestial Temple(wormhole).

The circle at the bottom can represent a few things. One of the Tears of the Prophets, The worm-hole itself, or Bajor the planet (uniquely defined by the religion centered around the two previous things).

The line emanating from it can be considered knowledge provide by the prophets. Either emanating from the wormhole, or descending down from the heavens(the oval shapes) onto the planet.

I've always thought of it more as the logo of the planet and the militia. Klingons, Romulans, even the Dominion have official emblems. There doesn't seem to be any religious or philosophical meaning to the symbol, other than to represent it's people.

The Bajoran combadge resembles the symbol: 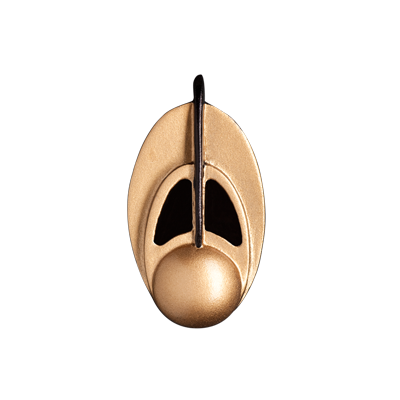 Here's a few other symbols: 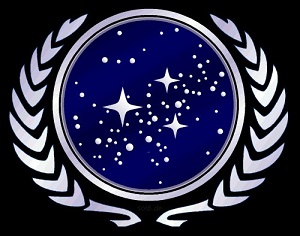 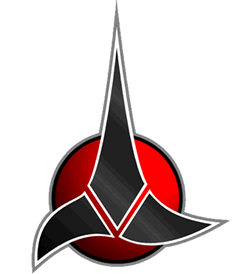 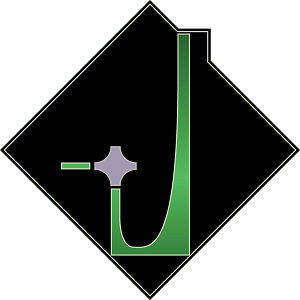 None of these have any other particular meaning other than to represent the people.

The earliest references I could find to the 'Bajoran Emblem' are on concept sketches created by Rick Sternbach and dated to July 1992, some three years before the show was aired. 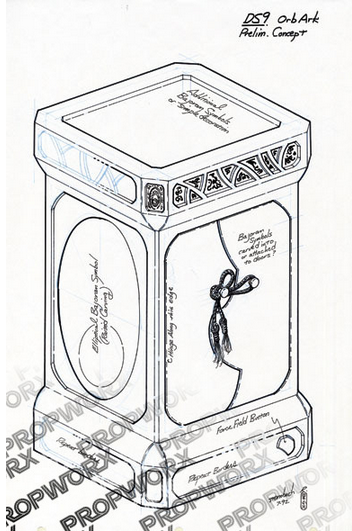 As you can see from the first sketch, the original emblem was simply a formless oval shape containing a circle described as "Ellipsoid Bajoran Symbol"

The same oval is seen in the "The Art of Star Trek"; 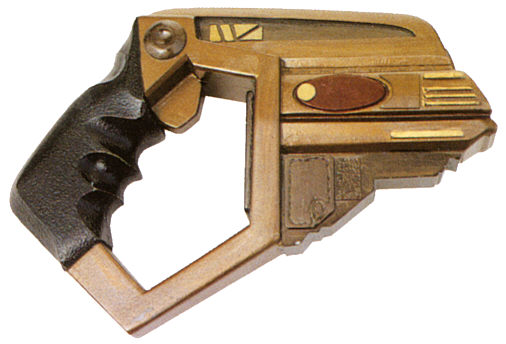 You can also see the symbol on these early sketches of Bajoran 'Impulse Ships'. Here it looks more like an inverted trident;

As to the "meaning" behind it, I agree with the posters above. It just seems to be vaguely Buddhist symbology combined with a stylised circle at the bottom depicting the Celestial Temple (e.g. the Bajor Wormhole) pierced by the "Sword of Stars" 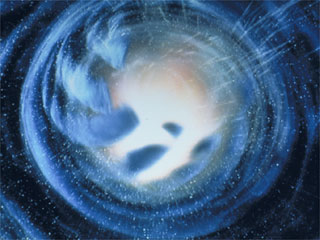 I don't think there's any deep meaning to the Bajoran emblem, but Bajorans are basically portrayed as space Buddhists (at least superficially). Their religious attire is very similar to that of Tibetan monks, and this Bajoran religious symbol/wall art shown in DS9 is very reminiscent of a Mandala: 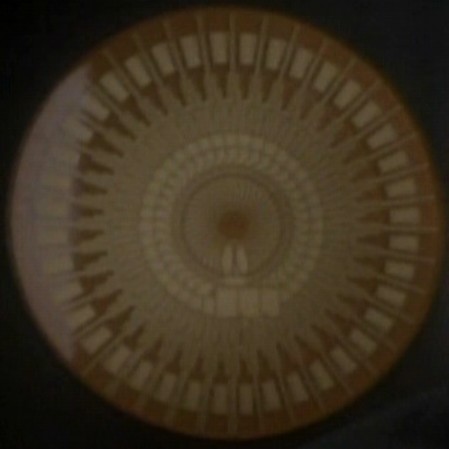 (Incidentally, that design was made by repeating a diagram image of the SS Botany Bay in a circular ring.)

The government emblem was probably also created to fit the pseudo-Buddhist aesthetic they were shooting for.

Not the answer you're looking for? Browse other questions tagged star-trek star-trek-ds9 symbols star-trek-insignias or ask your own question.

24
What does the Klingon Empire Emblem represent?