I want to speak the Goa'uld language, where to get started?

I want to learn how to speak Goa'uld. I know it's weird but I was wondering if anyone could show me some good sites that can help me.

Unfortunately Goa'uld is not a constructed language.

Basically anytime a character speaks it there is no real set meaning to the word.

jaffa kree comes to mind. kree has no set meaning in the course of a single episode. It can mean:

With that being said you might want to have a look at this site: Stargate-SG1-Solutions: Goa'uld language. That is probably the closest you can get.

According an interview given by Peter Williams (who plays Apophis in Stargate SG-1), the language spoken by the Goa'uld is little more than "jibberish".

"The dialog between Apophis and Daniel Jackson and between Apophis' host and Daniel were planned to have been done in the real Ancient Egyptian language....as the shooting time was nearing the coaches were not available so the script contained "jibberish" that PW and MS were to speak to each other in. The day of the actual scene between Apophis' host and Daniel, as the host was dying, I had only seen the "jibberish" script but Michael (Shanks) had received a script with the real Ancient Egyptian language in it. So, what you heard the Host saying is all made up but what Daniel said is the real thing." 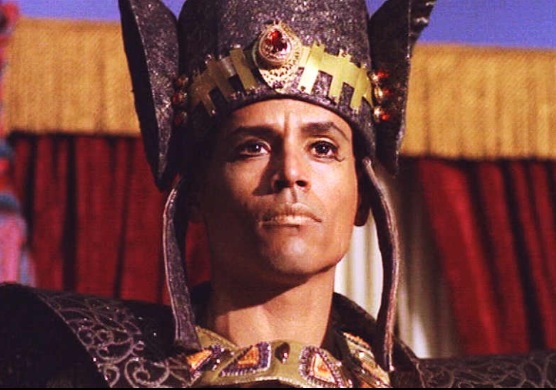 In much the same vein, Peter Deluise (who produced, wrote, directed, and creatively consulted on dozens of Stargate episodes) has confirmed that Head Writer, Brad Wright simply made up Goa'uld as he went along, with little or no internal consistency between episodes;

There was the odd verb that seemed to be consistent, because Brad just had it in his head. He wasn't following any rule, but just possibly by luck, or just because it sounded right, or he recognized the word and he wanted to be similar to another episode that he wrote, there's a consistency here.

This obviously would put a damper on your attempts to learn to speak (or write) Goa'uld with any degree of fluency...

The canon claims that Ancient Egyptian is based on Goa'uld. The problem is, "Ancient Egyptian" is a catch-all definition. Over the thousands of years it was spoken (until the 17th century) it evolved as any other language (think of Old, Middle and Modern English for example - and this is only over a period of 1000 years). The Ancient Egyptian language is roughly divided into Archaic, Old, Middle, Late, Demotic and Coptic. These range from -2500 BCE (Archaic) until the 17th century (Coptic). See this image for detailed chronology.

I'm no Egyptologist but I did sit in on some classes at university. It makes sense to assume that Archaic would be closest to Goa'uld since it's the oldest form. Unfortunately, Archaic is the form we know the least about in Egyptology since relatively little writing survived from this era. In actuality, Archaic Egyptian was ideographic and not a fully developed writing system. Unfortunately, even if we disregard the chronology some of the glyphs seen in the movies and series do have some meaning, but the pronunciation is way off. Take this transcript from the original Stargate movie when Daniel is given his "Rosetta Stone" by Shau'ri:

[Daniel and Shau'ri move rocks away from the cave entrance, enough to fit inside. Daniel goes first.]

DANIEL What is this place? [He looks around with a torch, helping Shau'ri step through the hole. The torch lights up the Earth glyph written on the wall. Daniel stares amazed at hieroglyphs on the wall. He begins muttering the Ancient Egyption words of the symbols as he goes.]

DANIEL Nata. Na-tur-oo. [He smiles, and she laughs.]

The movie doesn't show the entire transcript spoken here, but it does show the first couple of glyphs. You can look these up here. It's not that hard, once you make the click with the classification system (e.g. depiction of human, animal, etc.)

In Middle-Egyptian, this would say:

So something like "I am the warden of your desert that you (must) obey". We're not entirely sure of the pronunciation since hieroglyphs did not usually depict vowels, only consonants.

For most of the series however, it suffices to pause the video to see that most of the writing is a repeating series of glyphs. Take a look at the sarcophagus glyphs, or the walls in the Goa'uld motherships for example.

If we disregard written text, one of the dialogs that is claimed to be based on Ancient Egyptian is the one between Daniel and Apophis' host in "Serpent's Song":

[Daniel looks at O'Neill, who is looking on, concerned. Then Daniel speaks to the host.]

DANIEL I said I will speak the words of power and do the rites. He will be returned to Egypt and buried with honour. He will pass through the seven gates and see your wife and children again and rejoice with them forever. I'll be back.

It's practically impossible to verify this without being well-versed in Ancient Egyptian grammar and spoken vocabulary, as it's impossible to look up the words in the dictionary without knowing the glyphs.

In conclusion: with a few exceptions, most of the Gua'uld based on Ancient Egyptian seems to be jibberish. If you want to learn a fully-fledged artificial fantasy language, you're much better of with Sindarin or Dothraki

There is SOME consistency to the Goa'uld language but there's no complete dictionary. The language has some made up words and some that are taken from arabic and latin. So if you wanted to complete a goa'uld language yourself -- you could do so by using currently existing words, change them a little, and then apply them to the basic structure of the language.

In response to user Valorum earlier... The host doesn't speak Goa'uld. So the interview where Apophis' host speaks jibberish has absolutely nothing to do with the Goa'uld language at all. He was supposed to be speaking his own language when the symbiote died. Had the host been taken from 16th century England, he'd have been speaking a form of English.

So again, there are some basic rules that exist for the language but it's not complete. As for those that say "Kree" means nothing... Just replace the word with something like "attention" or "hey!" or "obey" and it works.

Not the answer you're looking for? Browse other questions tagged stargate stargate-sg1 languages goauld or ask your own question.

12
Are any of the hieroglyphs, runes, etc. appearing in Stargate intelligible/meaningful?

43
Why did the Tollan get wiped out?
13
Could the Ion cannons of the Tollans penetrate the shield/defense technology of the Asgard?
13
Are Goa'uld naturally evil?
5
Why did the Tok'ra never create a Harcesis child among themselves?
6
What exactly is a Goa'uld Queen?
10
Why don't the Goa'uld and Asgard know all the valid stargate addresses?
1
What language do Sense8 speak within their cluster?
22
How did the Goa'uld become spacefaring?