Written in 1989 or before, overall, the novel is about a world where people can have various minor powers and the more powerful ones have control over elements and they are called elementals – fire, etc. The most powerful and very rare ones have the power over all the elements.

The novel starts off with a boy playing in the woods and he hears noises and screams from his village being destroyed. He goes on the run and is rescued or protected by an (adult female?) archer perhaps called Archer. The archer has the minor power ability to steer or adjust the aim of her arrows with her mind. Later in the book when the boy gets scared and is stuck in a cave or tunnel I think he manages to produce a small flame on the palm of his hand – therefore he realizes he is a fire elemental.

I think the cover of the book is an illustration of a hand with a flame over it. He doesn't have much control over it but throughout time her gets more control over the power and eventually discovers he is a full elemental with power over all the elements. I think more people join the group and protect him along the journey. Maybe they were a firebrand if they just had fire but an elemental if they could control all the elements.

I think it is a book by Douglas Hill, actually two books Blade of the Poisoner and Master of Fiends. They feature a boy named Jarral who returns to find his village destroyed. He quickly meets a giantess mercenary, an archer named Archer, who informs him that Prince Mephtik is the leader of the men who destroyed the village.

The cover you're probably thinking of is for Master of Fiends: 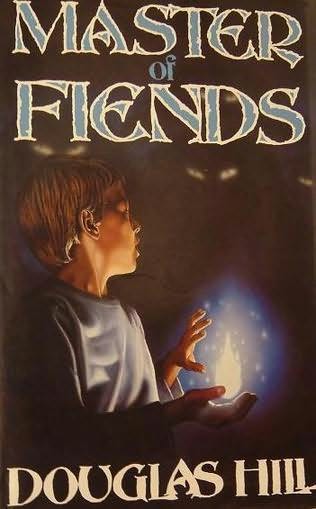 I absolutely loved these books, and all by Douglas Hill.

12
Childrens fantasy, blind monk leading boy who can control the elements
8
Magic similar to psychic abilities, including hiding the group and starting fires
7
Book ID: YA fantasy novel, possibly from the 80s, where main characters have special abilities
6
Fantasy book help, read back in the early 1990's