What should happen when Captain America's shield and Thor's hammer strike each other?

In the movie The Avengers, when Captain America's shield and Thor's hammer strike each other, they are instantly separated.

Actually, based on the comics & other sources, why did this happen, and if different than the source material, what should happen?

This is the movie canon and they have decided Cool is the way to go. When irrestible force meets immovable object, other stuff gets blown away. In the Mighty Marvel fashion, Nuff Said! [TVtropes: The Rule of Cool.]

For the canon seekers:

The Marvel Cinematic Universe, designated Earth-19999 is not the same as the Marvel Comics world designated Earth-616 where the canon stories for Marvel characters are said to take place. The MCU has made changes (or established their own canon) which contradict or expand the expectations of characters in that universe. 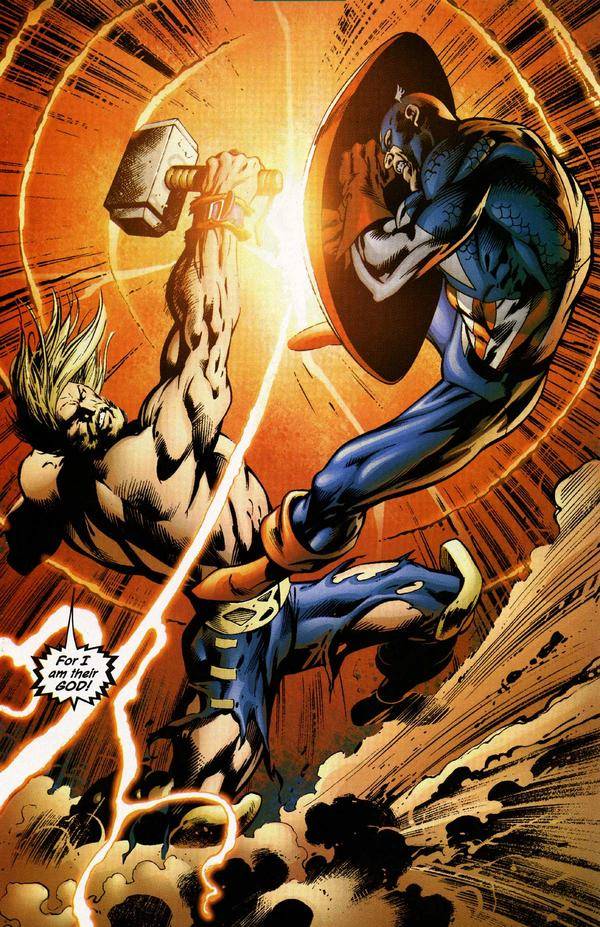 There is one other thing we could blame this strange deviation from canon.

Hurray! No canon has been extremely violated.

Though we then get to ask, what do they paint that shield with...? Not a scratch on it.

Cap's shield is at least partially made of Vibranium (in nearly ever incarnation, including the comics, movies, and animated Avengers movies, and I think also in the more recent animated shows). Vibranium absorbs kinetic energy (as well as sound waves, other waves, etc.), so instead of getting creamed by the blow from Thor's hammer, the shield appears to have absorbed and reflected the bulk of the energy and force, knocking Thor back and saving Cap's life.

Keep in mind that Vibranium is an alien and fictional material, so what "should" happen can be debated until we're blue in the faces.

According to these parts from comics, when Thor's hammer hits Captain America's shield a flash of light would appear. The Vibranium of the shield absorbs the impact and convert it into light. This is called sonoluminescence. 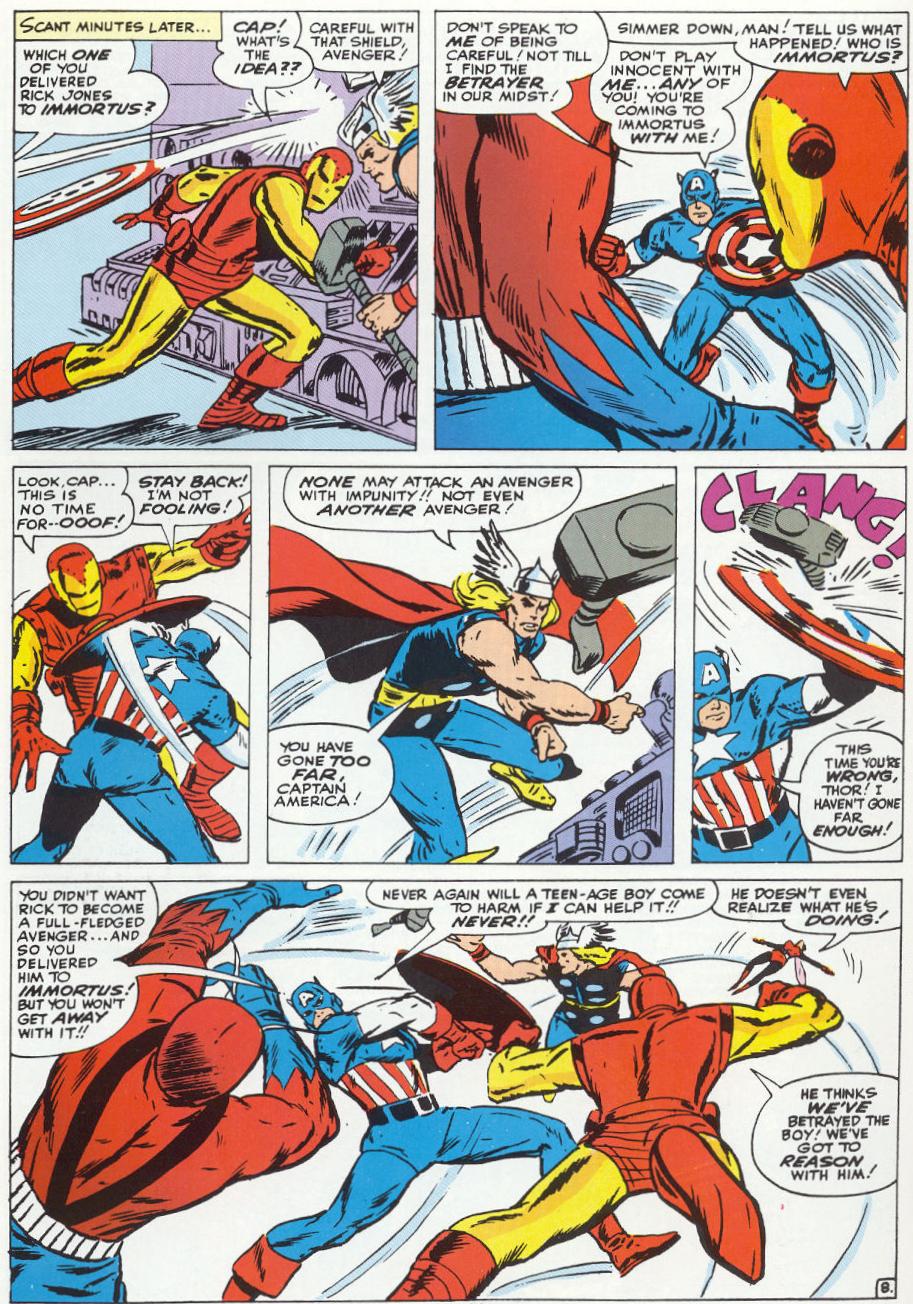 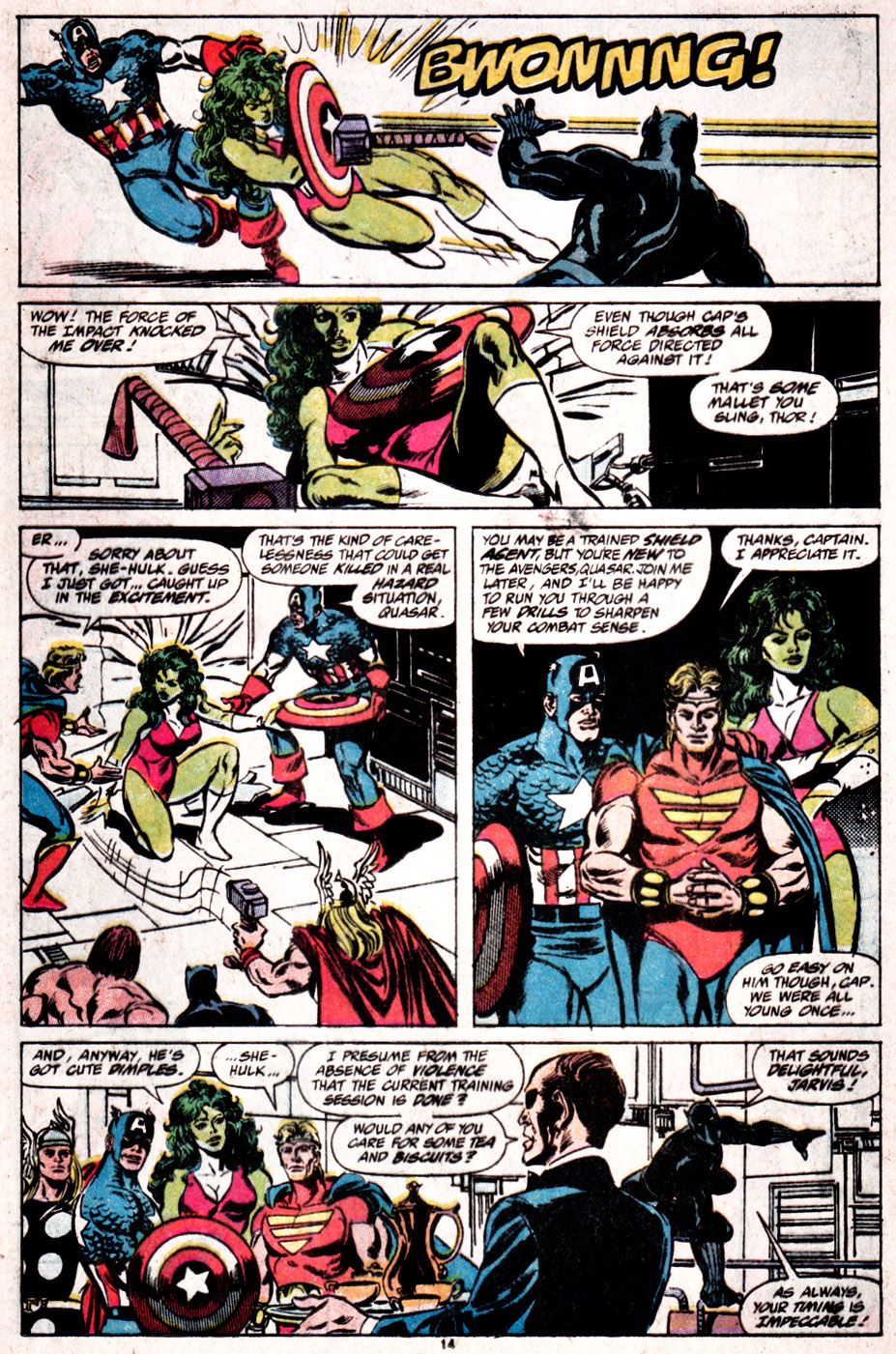 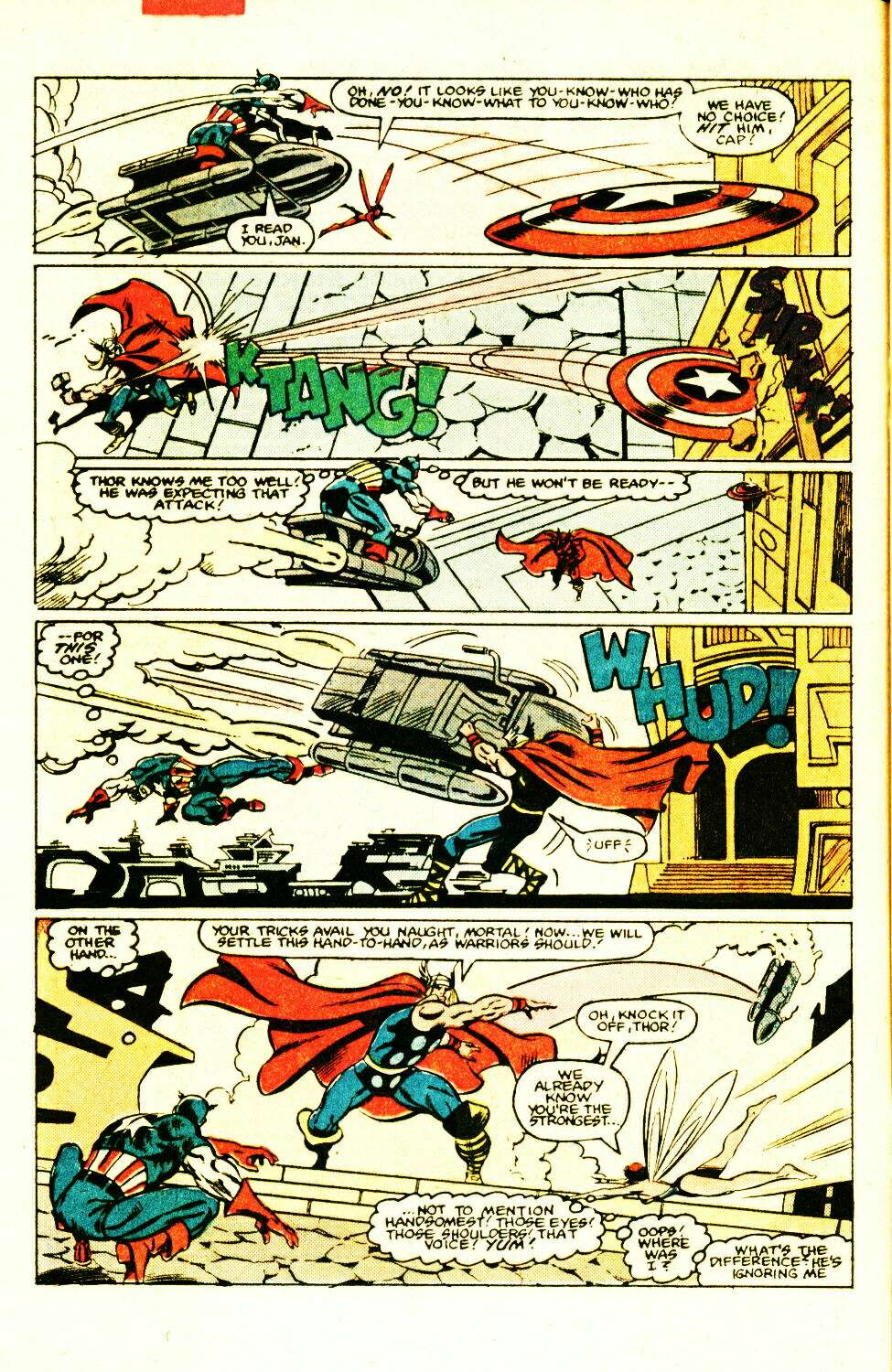 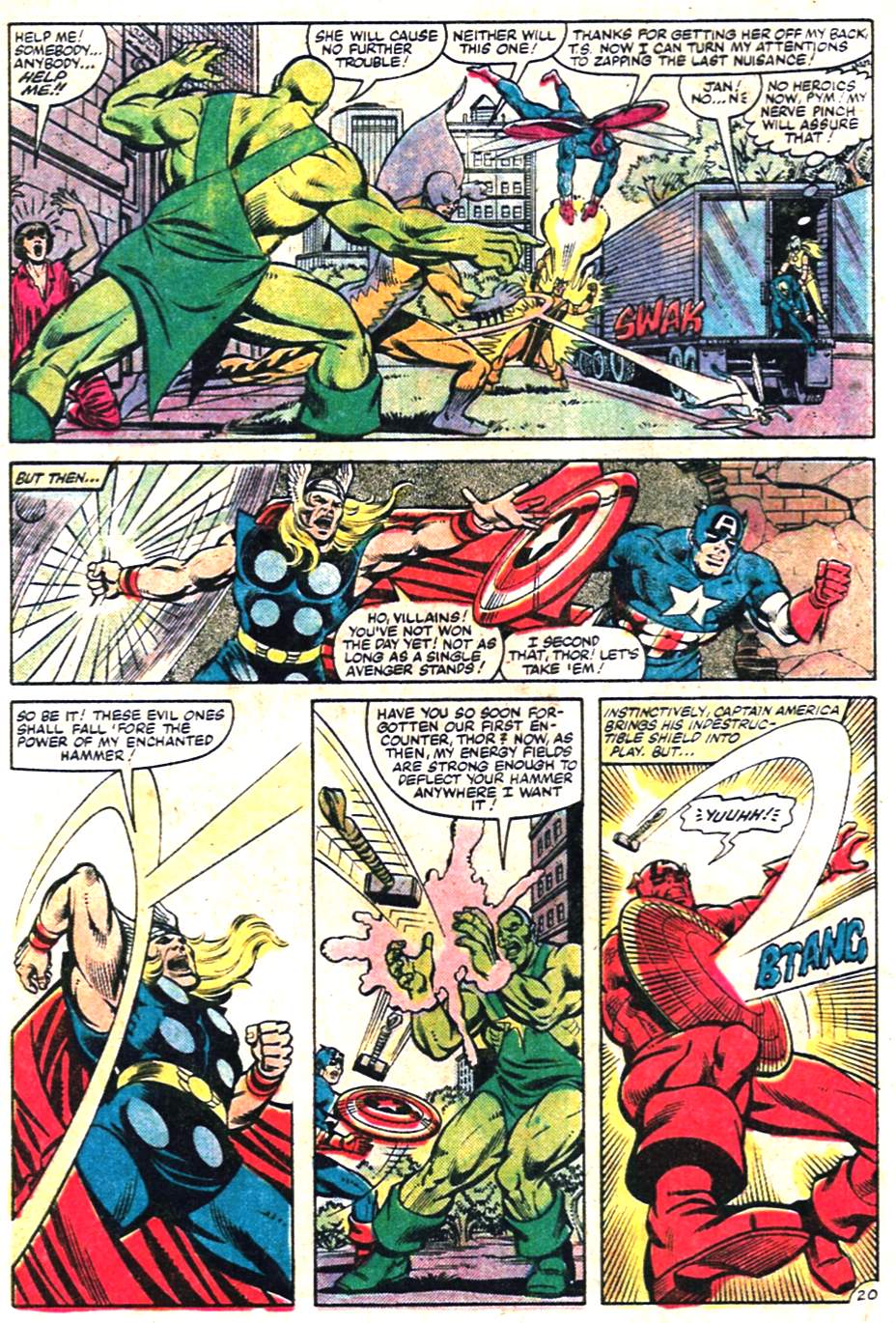 Answer 1 uses an idea often tested in DC comics "When irresistible force meets immovable object". The only valid answer to which is that one or the other is proved to have been wrongly described!

As to the make-up of the shield, whilst it is vibranium in the movies, somewhere in the back of my mind I recall and episode in the original comics where the shield was re-made of Uru, the same metal used for Mjolnir (Thor's hammer) thus an impact between the two would be, to some extent, a meeting of equals.

Not the answer you're looking for? Browse other questions tagged marvel thor-marvel captain-america the-avengers-2012 or ask your own question.