Why aren't the Xindi referred to anywhere other than Enterprise?

The Xindi (multiple species in the sector) were shown only in Enterprise. What happens to them in the later timelines? Why isn't there any mention of these species in other Star Trek series, since Enterprise was prologue to all the other series?

(Apart from the simple logic that, since Enterprise was the last of the series, Xindi was thought of only then!)

But the reason none of these seeming retcons matter is because: they weren't relevant to the characters at that time. The Fed-Cardassian War was irrelevant to the Enterprise-D's mission... until it was time to negotiate a peace, so the characters talk about it. The Post-Atomic Horror was never relevant to Kirk & co... but when Picard & co are transported to one of its courts, hey, its relevant to their day-to-day so its time to talk about it. The Eugenics War didn't matter to Spock, McCoy, Kirk, or Scotty until a superman was in their sickbay -- it wasn't part of their day to day life.

The Xindi aren't referenced because 100 years later, 200 years later, they're not vital to everyday life in Starfleet. It is 2014 and I don't bring up World War I all the time... sometimes? Sure, when it is relevant to something going on in my life, like if I'm talking about wars. The simplest solution, the most realistic solution, is that: just like we don't go around talking about Serbia and the death of Archduke Ferdinand all the time, nothing ever happened that made the characters feel the need to cite an event 100 years or 200 years before their time. Not when they could cite a more recent crisis, or an event in their more recent memory.

According to the Star Trek Wikia, there is (supposedly) a reference to the Xindi in the opening log entry of TNG episode : "The Battle" when Picard and crew are sent to the "Xendi / Sabu System" to rendezvous with a Ferenghi starship;

Picard Voiceover : Captain's log, stardate 41723.9. In response to a Starfleet order we are in the Xendi/Sabu star system, having rendezvoused with a Ferengi vessel which has requested a meeting. Although we arrived here and made appropriate signals to the Ferengi three days ago, they have so far responded only with the message "Stand by Enterprise". 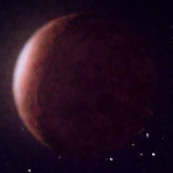 Later, Picard receives his old ship, the Stargazer and Data informs the bridge crew that a tug-ship stands ready to transfer their new possession to the nearest Federation outpost;

DATA: Starfleet has responded to our request, sir. A tug will rendezvous with us and tow the Stargazer back to Xendi Starbase Nine.

I'll happily admit that can't find any official quote or reference to confirm that this is more than a fan theory based on a coincidental pronunciation. Also, the spelling in the official subtitles is Xendi, not Xindi.

The only in-universe explanation is that with such a huge pool of species to choose from, the Xindi that existed in the Federation during later Star Trek series just didn't happen to come across any of the characters in those shows. It's not without precedent; The Tholians didn't appear on-screen after the events of The Tholian Web, though they were mentioned. It was never ret-conned, at least not in any televised material. It is possible that a novel dealt with it.

You guys are missing something huge: the Xindi became a prominent species because somebody was messing with the timeline. Obviously, originally there was no Xindi threat they could have been destroyed it could've been conquer the could have killed themselves who knows. It's only because of the change in the timeline that enterprise even went the mission in the first place.

As I was watching season 1 episode 7 of star trek the animated series, the Xindi are mentioned at 19:27 into the episode.

If you want my backup you might try re-watching the series, while the Xindi thing may have been inaccurate it was a theory, and regardless its more than most people gave. Half these people have seen like maybe a series and call themselves Trekkies.

I don't devote myself to much, but star trek is my show and I watch it religiously. I make assumptions and theories the same as all of you but in fact the xindi weapon was fired as noted in s4 e3 when everyone is still up in arms about it after timeline reset from s4 e1&2 making my theory bunked, however the events of kirks time (20 years later) may still have altered the timeline in some way.

I'm busy watching it to discover the reset in the timeline but unlikely ill find it as Xindi were not mentioned anywhere else even googling Xindi Xendi and Zindy (looking for common misspellings) I only recovered one mention in star trek tng about a Xendi (not the same) space station and a small footnote where the Borg had a Xindi officer (by appearance only) on board a ship sometime during the Undine (species 8472) battles.

I can however only speculate (that means not a fact btw) that the Xindi became xenophobic after the events of the sphere builders and we haven't seen the last of them it would make a killer short series if not longer (like ds9) about the events that lead up to sphere builders battle 400 years later.

just so everyone is aware "theoretically" does not mean i need fact to prove my theory i need events that lead me to that conclusion and if you were to sit and think long enough you'd speculate too but my answer still beats " didn't you pay attention the whole thing was a hologram that riker played...."

Not the answer you're looking for? Browse other questions tagged star-trek star-trek-enterprise timeline xindi or ask your own question.

29
Why did the Xindi test a mini-superweapon on Earth?
12
Have the Douwd made any other appearances in Star Trek canon other than “The Survivors”?
15
Were the NX-01 or any other major elements of Enterprise referenced in an earlier series?
5
By what factor does Xindi's subspace vortex tech shorten the distance?
2
Were the Xindi in Enterprise and the Xendi in The Next Generation the same species?
12
When was the Verteron Array built exactly and why wasn't it used against the Xindi when they were about to destroy earth?
5
Why is the Enterprise XCV 330 not on the wall in Archer's ready room?
2
Why would the other Xindi species give a race of fish-people equal standing?
33
What is the purpose of the Enterprise tail fin?
16
Are the Xindi-Aquatic the only sentient water-breathing aliens in Star Trek?