Are there stairs on the Enterprise-D?

We see the turbolift on a regular basis, and cramped, awkward ladders in the Jeffries tubes pretty frequently, too. But do Galaxy-class starships have publicly accessible stairways?

If I'm going from sickbay on deck 12 to the shuttlebay on deck 13, can I just take the stairs?

From my experience in the military, I have seen this all too often. It's one of those design issues common to science fiction shows. We love to show you the technology (the sideways-moving turbolift; awesome, right?) but we neglect to show you the stairwells. (Stairs? Who uses stairs in the future? Um, everyone with legs, sir.)

Most likely there ARE stairs, but we rarely see those parts of the ship. Engineering is one of the places we occasionally see stairs.

On a real Navy ship, stairs are condensed, tight and often part of the water containment protocol used to seal separate decks in the case of hull breach. Note the hatch and wheel used to seal the deck during emergencies. Here is an example of what a stairwell looks like on a Naval vessel: 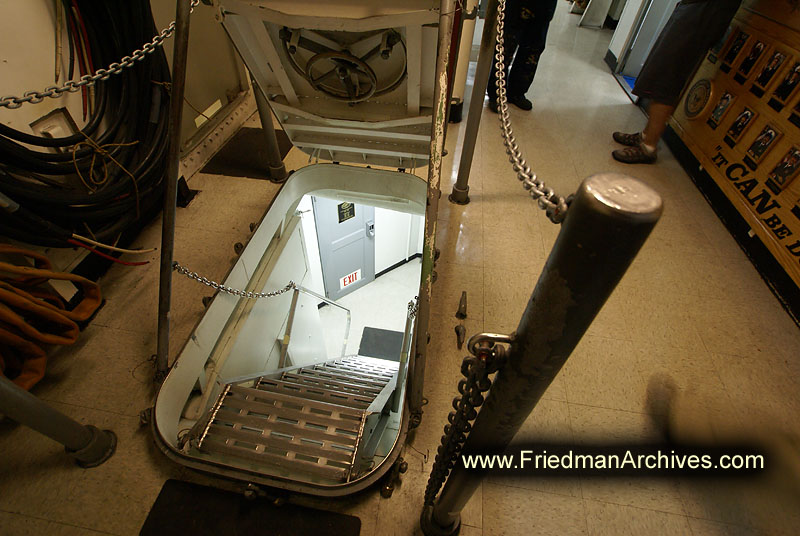 No, it is not sexy. I imagine it wouldn't be a whole lot sexier on a starship, so we just assume there is a means of getting from one part of the ship to another when the turbolift is out.

This appears to be the Federation equivalent. Note the door able to be sealed preventing decompression between decks: 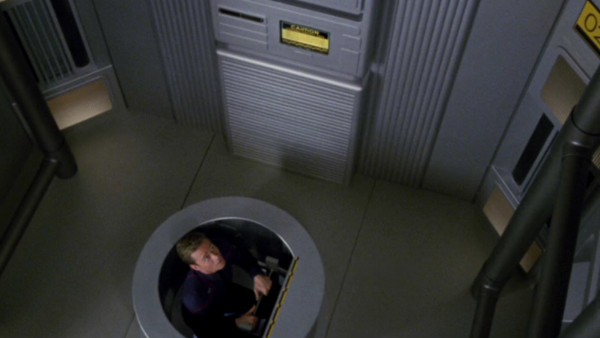 It's a tight fit, so I assume there are lots of these to accommodate the difficulties of navigating them.

As strange as it may sound, stairs on a contemporary Navy ship are efficient especially if there is a process for moving up or down during emergencies. There are designate up and down ladders during such emergencies to speed crew to their battle-stations.

There are conflicting answers, but I'm going with a basic answer of "Yes", even though they may not have been shown in films/episodes.

I would suspect that they would be of limited implementation on any space faring ship, as in the case of a decompression of a deck, if you have a hole (staircase) to another deck, that deck is also going to decompress.

The main bridge design on Generations included some upgrades from the TV series. This includes a short staircase to get up to the command seating area.

As to the question of staircases between decks, the Ed Whitefire and Rick Sternbach blueprints both show two matched staircases that run from behind the bridge down to approximately Deck 13. The Ed Whitefire version specifically refers to this as the ship's "Primary Hull Central Stairwell".

Admittedly none of these blueprint sources are considered fully canon (each has been contradicted by various episodes) it's notable that large chunks of each have been used on the show in background diagrams and episode design. 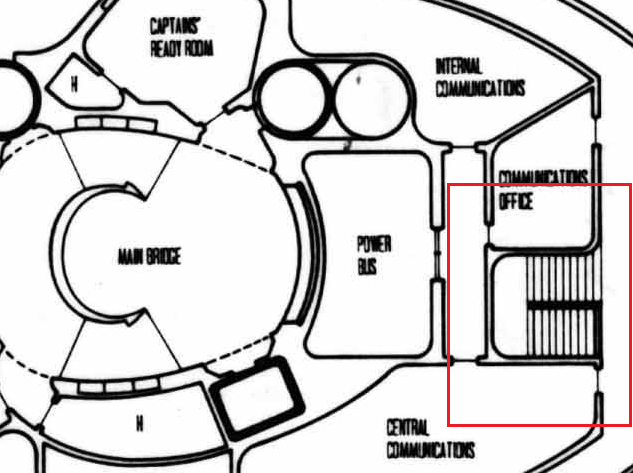 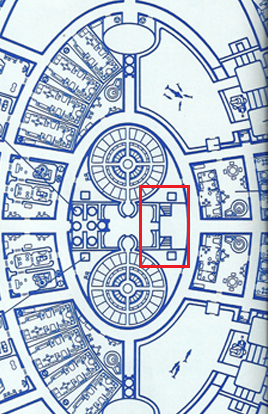 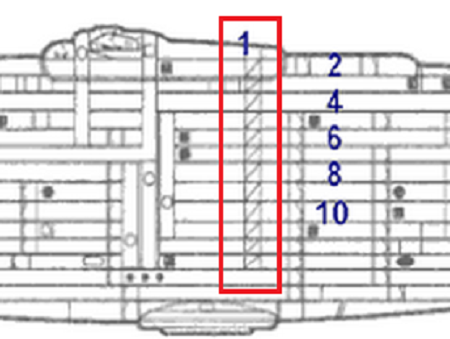 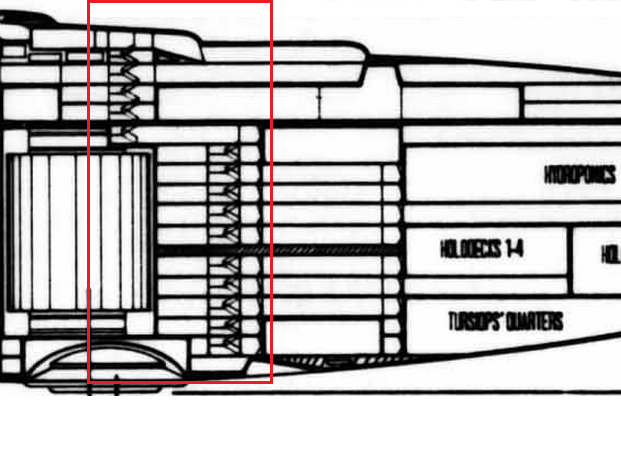 Well, both answer say yes. Actually, I would say no...

I seem to recall a few episodes with people who didn't like the turbolifts (they were claustrophobic or just wanted some exercise) and they always said they were going to take the Jeffries tubes.

Maybe they should have had stair but I don't think they did...

10
Was the corridor between the Enterprise-D's bridge and the conference room ever shown?