How were bullets able to dent Captain America's Shield?

Just after Captain America's shield was introduced in Captain America: The First Avenger, Peggy Carter shot few bullets at it which created few minor distortions on it.

From Adamantium page of Marvel.Wikia,

How were few bullets able to dent Captain America's shield then?

I can think of two answers, one in-movie, and one out.

In-movie answer: The bullets don't actually damage the shield. What you're seeing there is just lead from the bullets smeared on the shield. It'll probably polish off with a little effort.

Outside-movie answer: The filmmaker didn't know about (or possibly care much about) the established mythology of the shield.

I really think that's not supposed to be seen as "damage" to the shield.

The bullets didn't damage the shield. They couldn't. But you have to understand everything from the movies and the comic canon are not quite the same.

In order of relevance:

The shield you see in Marvel Cinematic Universe's Captain America, and the object from Marvel Earth-616 are not the same device. 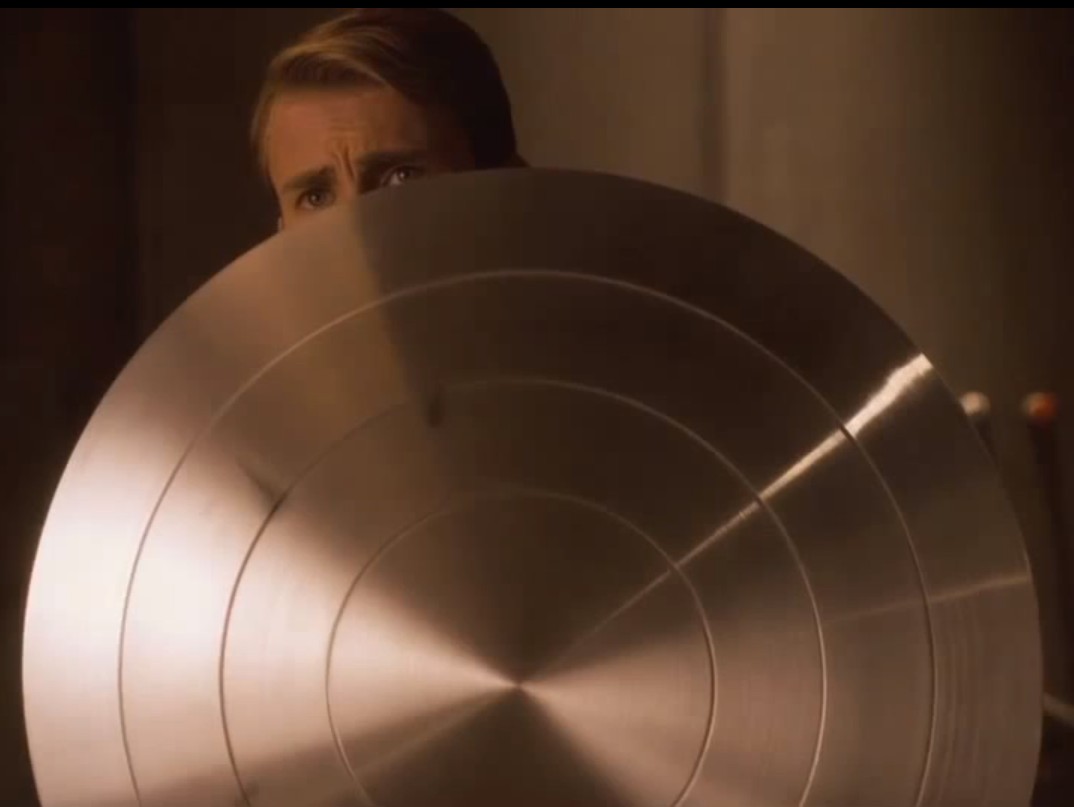 Not the answer you're looking for? Browse other questions tagged marvel marvel-cinematic-universe captain-america-the-first-avenger or ask your own question.