What is somatic reconditioning and what does it do to a Kryptonian?

SPECULATION: Since Man of Steel's Kryptonians are genetically engineered for their occupations in life, warrior, scientist, scholar, statesman and presumably others, each lifestyle is assumed to have an ideal state upon birth of what each person is supposed to embody. This technology is supposedly well developed and highly respected for its results.

"Somatic Reconditioning" is a process by which the genetically engineered and bred Kryptonians reapply whatever process defines their occupational development to the cellular structure of the Kryptonian in order to remove deviant or undesirable behavior. As a social measure, it is likely a tool of last resort, since it likely causes permanent and irrevocable change in the person subjected to it. (Better than execution, but just barely.)

There is likely no canon explanation possible for this statement. That said, I would like to offer a supposition based on the culture of the Kryptonians from Man of Steel and a bit that we do know about Kryptonians in general. It'll be quick. 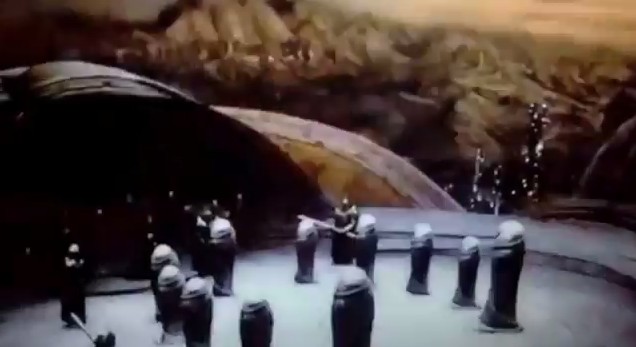 The Phantom Zone villains encased in an unknown material before transporting them into their prison ship. It is this material, which we see them surrounded in right before they are transported that I speculate the "somatic reconditioning" will take place.

According to the film's official novelisation, the prisoners were supposed to be kept in a "somatic fugue" (presumably a state of semi-unconsciousness) whilst they were reprogrammed using subliminal teaching methods. The ultimate aim was to eventually return them to normal Kryptonian society as rehabilitated individuals:

“We were friends—until our beliefs drove a wedge between us. I was Krypton’s military leader. My officers and I attempted a coup. We were sentenced to the Phantom Zone, a subspace dimension that exists alongside our own. Your father had developed a projector capable opening a gateway into the Zone. And since capital punishment was deemed inhumane on Krypton,” Zod said with a bitter edge, “we were shunted into the Zone aboard this prison barge. Our bodies were kept in somatic fugue while our minds were supposedly ‘reconditioned.’”
He chuckled bitterly.
“But the destruction of our world damaged the projector and a handful of us were awoken prematurely...”

The klaxon sounded again, signaling the end of the ritual. In theory, every exile was to be released— eventually — after cycles of solitude and subliminal conditioning had curbed their antisocial tendencies. But Lara knew this was unlikely to happen before Krypton perished. Zod had been right about that at least. He and his people had been condemned to the Zone for all time.

Firstly, I would like you to see this question:

Why did Iron Man asks to re-calibrate the useless ISDN?

I would take the term Somatic Reconditioning as a techno-babble. A non-canon explanation would be like: A crime heinous as Betrayal should have a rigorous punishment, one that is very harsh and which sounds like eternity and must seem alien to the viewers of Earth. So lets send General Zod to '300 Cycles of Somatic Reconditioning'. Breaking this phrase, we get:

Combining these, General Zod and his team is sent for 300 years to recondition their body Cells, the Cells that made them commit the Crime.

300 years of somatic reconditioning basically means banishment to the Phantom Zone.
Here's a quote from the movie:

Lor-Em: General Zod, for the crimes of murder and high treason, the council has sentenced you and your fellow insurgents to 300 cycles of somatic reconditioning. Do you have any last words?

General Zod: You won't kill us yourself! You wouldn't filthy your hands but you'll damn us to a black hole for eternity! [He spits at him in disgust] Jor-El was right! You're a pack of fools! Every last one of you! [He approaches Lara, but is held back by a guard] You…you believe your son is safe…I will find him. I will reclaim what you have taken from us! I will find him. I will find him, Lara. I WILL FIND HIM! [He is silenced as they are banished to the Phantom Zone]

I speculate that "reconditioning" implies that Zod and his followers will be "rehabilitated" after 300 years in the zone.
Clearly Zod was undeterred/unchanged by his stint in the Zone.

This is a new twist on the phantom zone as I don't ever recall it rehabilitating anyone.
The Kryptonians built the phantom zone because they refuse to have a death penalty.
So, the zone is definitely confinement; whether it can "recondition" anyone remains to be seen.

It boils down to the difference between pure genetic code and environment- nature versus nurture in simple terms. Why 300 cycles? Why do we imprison criminals for 25 years instead of 22? I suppose that was a specific term prescribed by the kryptonian legal code. Back to what I said earlier- nature versus nurture. Since all traits genotypically were programmed in from birth in all Kryptonians, they came out of the "womb" essentially as a product. In turn, presumably each class would be subjected to specific experiences, conditioning, and training to accentuate and express those traits for which they were created. However, while genotypically the number of traits available (the number of genes and chromosomes) is finite. After formal training the number of experiences and permutations of possible outcomes is infinite. Simply put, you can control the genes but you cannot control the environment. Zod and his Ilk developed aberrations not from their DNA but from their experiences. The sarcophagi and somatic reconditioning, then, created an environment able to be controlled to reprogram the abberancies in behavior.

Unless someone knows of a source from the DC universe to explain the definition of "somatic reconditioning", I think any answers that analyze it contextually are the best. I saw an answer quoting the council's sentence in MOS and agree that Zod's intent was to convey a death sentence. On top of that, Zod was responding to a quote of a councilman, "any last words" that clearly conveys in human nomenclature, a sense of finality, or even death. Coupled with Zod's inflection during his statement, "You won't sentence us to death yourselves, ... So you condemn us to eternity..." you come to the subtlety poetic conclusion that Zod (and his band) are co demned to a punishment worse than life imprisonment, but short of death. Catholics refer to this as purgatory! The writers, Zach, and acting (hats off to casting especially for Zod and Lara-El who completely captures Moses' mom and the essence of The Madonna) and Tech crew all deserve the highest honors and accolades for bringing together one of the finest stories ever told on film.

It's the old trope of "lock you up and modify your personality, thoughts, memories and maybe even body to be more like we want you to". Nothing more was explained, and nothing more needed to be explained. Everyone hates to be reprogrammed, and the amount of hate he showed makes it obviously unpleasant.

It's not clear if the word somatic is just technoblabble. Maybe they really meant that bodily, not mentally, people are being reprogrammed. The interpretation was not given, so only speculation can be offered.

The 300 cycles might be a duration for punishment, might be the amount of scientifically established time it takes to be sure of adequate alternation.

12
Why does Tony Stark ask to recalibrate the ISDN on the mobile van?
6
How long was Zod initially supposed to stay in the phantom zone?

4
Did Kryptonians own any other planet or had at least a major functional colony out there?
15
Are humans an ancient Kryptonian colony?
5
What is the Phantom Zone?
13
Floating glove scene in Man of Steel. What does it mean?
6
How long was Zod initially supposed to stay in the phantom zone?
11
How can Superman be so weakened by Kryptonian air?
1
In the Man Of Steel movie where could have the kryptonians gone after being sucked by the black hole?
14
Why did the Kryptonian colonies fail?
6
When Superman bleeds, does that mean he is killing the Kryptonian race?
1
Does having the Codex inside him make Superman stronger in Man of Steel?