Why would Batman discard his disruptor? [closed]

Ask Question
Asked 8 years, 6 months ago
Modified 5 years, 2 months ago
Viewed 754 times
4
Closed. This question is off-topic. It is not currently accepting answers.

This question does not appear to be about science fiction or fantasy within the scope defined in the help center.

During the chase sequence in which Batman reveals himself during The Dark Knight Rises, there is a sequence when Batman uses a pump action disruptor weapon against Bane's getaway motorcade. 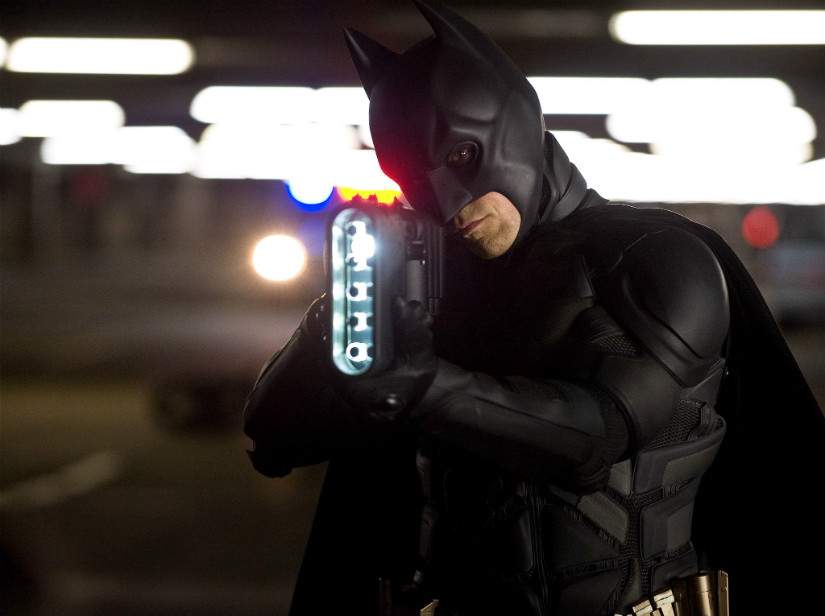 Moments after we see how useful this weapon is, a rookie cop shoots the weapon, disabling it:

The next part really puzzles me: Batman throws the weapon down.

It's obviously useless to him: but he's just given over a piece of evidence to them, which seems hugely uncharacteristic of the Nolan-Verse Batman SOP.

During The Dark Knight, his Tumbler even self-destructs after the Batpod is ejected, presumably to destroy any evidence that would link the vehicle to Wayne Enterprises.

I realize that he gives a boy a surveillance device during Batman Begins, but I think given the police attention these are different circumstances.

I also accept that the moment is funny, and understand it to be a nod to the audience that Nolan isn't going to let batman use his 'gadgets' to pull victory out of his a$!%hole, like times of yore...

But I still don't understand why he would throw the device down. It just seems incredibly sloppy for what has been typically methodical execution.

Does anyone have any insight on this?

Browse other questions tagged dc batman nolan-batman-trilogy or ask your own question.

5
Was the 'Bat Bike' an addon or mod to the experimental Batmobile, or did it always exist?

0
Is Batman Begins set in the same timeline as Batman, Batman Returns, Batman Forever, and Batman and Robin?
6
Is Harvey Bullock in the Chris Nolan Batman movies?
19
Why did Blake draw the Batman symbol on things?
26
Why does Batman have to take the fall?
5
Why would Batman choose yellow for his utility belt?
13
Is Alfred the moral conscience of Bruce Wayne/Batman?
16
How does Bruce Wayne justify his Batman expenses?
80
Why did Batman do so much better in his second fight with Bane?
7
Why does the Batman "crack his knuckles" in "Batman: Arkham Origins"?