What is the source of Gaara's abilty to control sand?

In Naruto, there is a character named Gaara, who possess the ability to manipulate sand to block attacks, elevate him on a platform of sand, and use in damaging attacks (such as 'Sand Tomb', which crushes his opponents in a 'fist' of sand).

How can Gaara control sand in this way?

If it's because of the Ichibi,

why did he not lose his powers after the Ichibi was extracted from him?

the love of his mother.

It's outright stated that such techniques are known to his clan. Gaara controls sand the same way other ninja control other elements. What you spoilered only helps him by giving him an expanded pool of power to use to fuel them.

Gaara's powers of controlling the sand doesn't come from Shukaku. Shukaku only manipulates it. The power was given to Gaara by her mother Karura by a jutsu which took her life. Recall that Gaara lost his life when Shukaku was extracted. Chiyo Baasama resurrected him and he still uses sand.

Gaara's powers originated due to his association as the host of Shukaku, the One Tailed Beast, a construct of mythic power composed of living chakra. Shukaku's power was the ability to control sand and transfers this gift to its host to help protect it against threats.

Chosen from birth as the jinchūriki, Gaara of the Sand Waterfall, had a large amount of stamina and huge levels of chakra and thus is able to use many chakra-taxing sand-based techniques, sometimes in quick succession, before becoming exhausted.

As a trained shinobi, he learned how Shukaku's powers worked, augmented and adapted them to a technique he would retain even after Shukaku had been removed from him. Gaara could manipulate any sand but it was easiest if he was manipulated sand that was already infused with chakra. He carried a gourd on his back of chakra-infused sand with him to make it easier for him to perform his techniques. 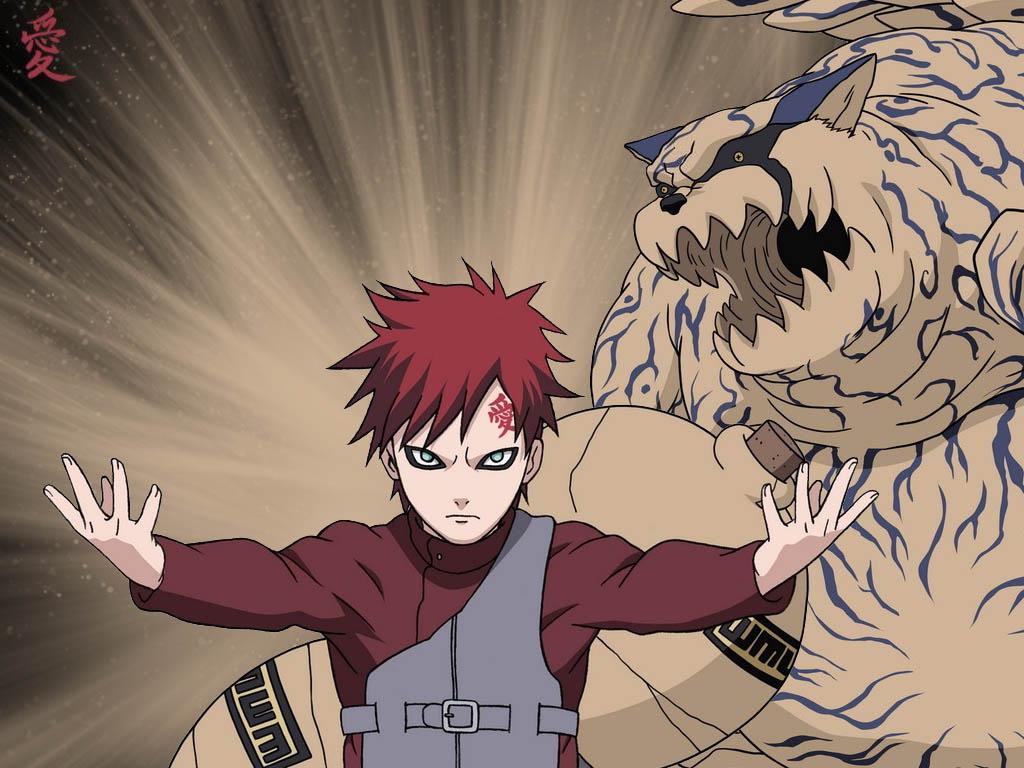 In some ways he became even more powerful since so much of his chakra had been tied up in controlling the jinchūriki. Without it he was able to increase the amount of sand he could control as well as interact with spiritual powers which augmented his defensive powers.

The forth Kazekage theorized that Gaara's mother was the source of his Sand Shield technique as she died in childbirth and is believed to have linked her soul to his.

Interesting theory, but as explained in season 1 of Naruto Shippūden "It's not the power of the Nine Tailed Fox for the source of your strength, but the chakra in your body keeping the beast in check."

The real answer is that he had a tailed beast sealed inside of him, right? Most people do not survive having the tailed beast extracted (like Gaara) but he did not survive the only reason that he is alive is because of a elder of the sand village lady Chio gave her life for his. My point is that when you seal a tailed beast to a person some of the chakra mix and combined. So even if the one tailes was extracted and the person lives or is brought back to life the chakra that was mixed still is there for the jinjuriki still has his powers.

So even if the tailed beast is gone the powers that he used in the past are still there.

Gaara is only able to control the sand because he inherited the magnet release style from his father. He combines unknown metals with his sand to control it which was stated in Gaara hidden. He did not get it from his mother or the Shikkaku because when the Shikkaku was extracted so was all of its chakra that was inside Gaara. 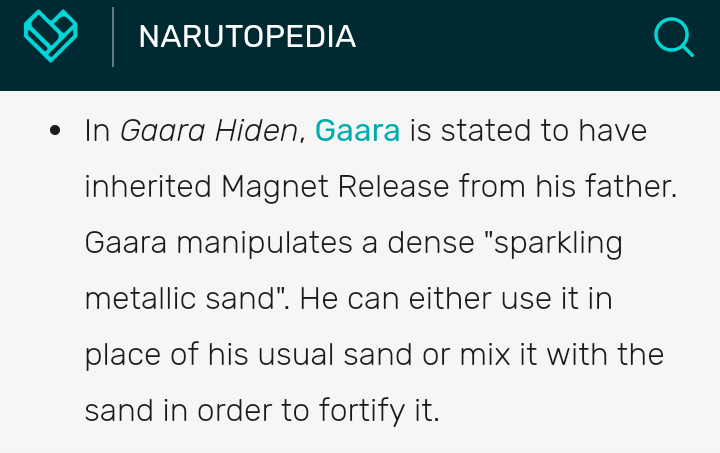 In Gaar Hidden, Gaara is stated to have inherited Magnet Release from his father. Gaara manipulates a dense "sparkiling metallic sand". He can either use it in place of his usual sand or mix it with the sand in order to fortify it.
- source.

Not the answer you're looking for? Browse other questions tagged powers naruto or ask your own question.

5
Naruto Shippuden - The 6th Hokage
19
Can Magneto control Colossus?
0
Why didn't 2nd Hokage use the same underworld resurrection release jutsu which Madara used to gain control of himself?
5
Can the doctor really control the wind?
8
Story about a boy who could control the weather and droughts
2
Can Ma-Ti control humans as well?
5
How does Superman control the distance his heat vision beam travels?
3
What is the only Jutsu included in the manga from Filler Episodes of Naruto Shippuden Anime
2
The Axioms of Shinobi Combat