In a scene from the movie Superman Returns, Richard (Lois's fiance) says, "We're having beef, honey. Do you want the tofu wrap or the veggie wrap?"

Is Lois vegetarian in the rest of the Superman canon as well, or only in this movie?

In short, if one example disproves it, no, she isn't. At least not in the Salkind films (Superman through Superman IV).

At the end of Superman II Lois says to Clark, "Well, you should. Because I appreciate you, too, you know." Clark says, "You do?" and Lois replies, "Sure. Especially if you'd be a really terrific guy and bring me a cheeseburger to go"

Also, in Lois and Clark, in the episode Season's Greetings, she makes a Christmas dinner for her friends (none of whom, other than Clark, can show up) and it's a big turkey. We don't see her eat it, but it's clearly not a vegetarian meal at all from what we see.

Those that remember the original Superman TV series could, I'm sure, cite numerous examples of her eating meat during meals in that series.

The clear implication is that Lois became a vegetarian some time after Clark/Superman left and some time before she met her would-be husband, Richard.

The film's official novelisation shows that Clark is still under the impression that she eats meat.

Clark was nervously pacing by Lois's desk as Richard turned on her computer and waited an interminable ninety seconds for the startup to finish its cycle. "It's taking forever. Why doesn't she keep this thing on?"

"Maybe she's at the burger shop on Mercer Street," Clark said as he stared out the window, focusing his eyes to begin a long-distance sweep of the city, block by block if need be.

"She's a vegetarian," Richard stated flatly. He was getting anxious. C'mon, you stupid machine. Bring me to the damn desktop.

Whereas she clearly avoided eating meat on her first date with Richard.

Lois had no intention of doing so, but nine hours later, sated or perhaps wired by ice cream, veggie corn dogs on a stick, lemonade sold to them by teenagers wearing striped clothing and hats, BBQ corn, deep-fried Twinkies and laden down with a half dozen giant stuffed animals he'd won for her at the sideshow, well, the picture had come out looking really good, and, besides, it no longer seemed like a totally dorky idea.

She was glad now he insisted on buying the picture for her. It was a memory of the first day she stopped crying and started to laugh again.

Elsewhere in the Superman canon, Lois hasn't been depicted as a vegetarian. As you can see, she's quite happy to eat... 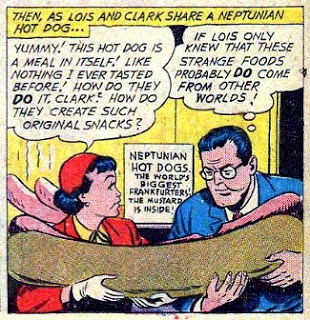 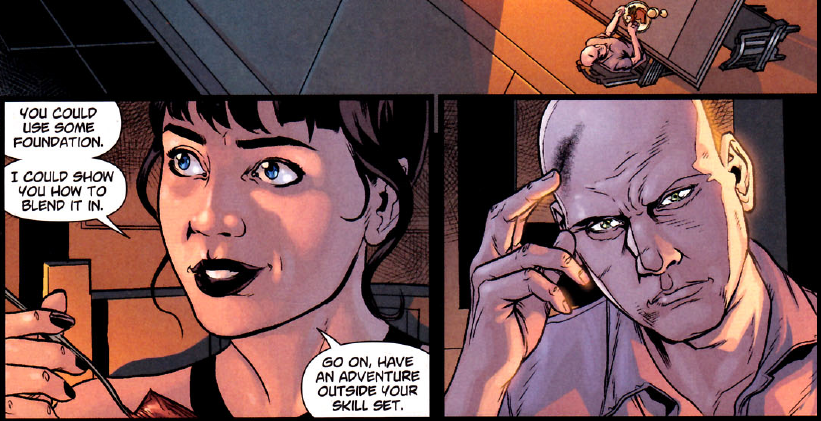 What appears to be Pepperoni pizza 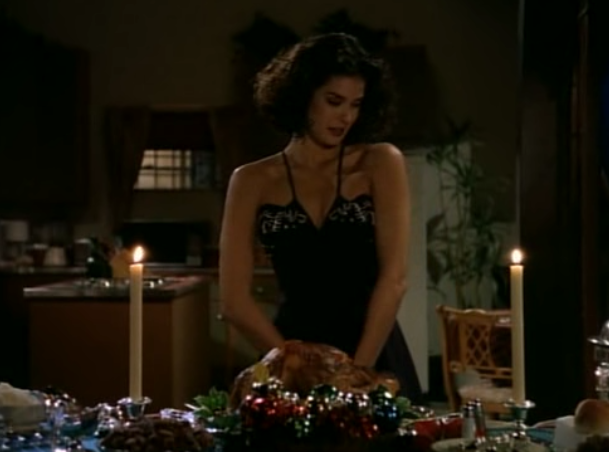 Not the answer you're looking for? Browse other questions tagged dc superman superman-returns or ask your own question.

19
How have Superman comics dealt with the Man of Steel, Woman of Kleenex problem?
5
Who told Clark about the bullet train problem?
0
Are Superman's costume changes scientifically possible (manipulating Atoms)?
11
How do Superman and Lois Lane leave the North Pole?
14
Why does Superman love Lois Lane?
9
Has someone ever mentioned the resemblance between Clark Kent and Superman?
8
Why did Superman let the bomb explode in Batman v Superman?
8
Why did Superman's body not decompose?