Will the cycle in Korra Book 2 continue? [Spoilers]

Now that Unalaq is dead, will the Dark Avatar cycle continue? He died in the same way Wan did, turned to tiny gold buds and disappeared into the wind, so I'm just wandering what you guys think about that.

If you are asking, will he be back in 10,000 years... we may never know. Though if he was in Dark Avatar State we know that would be the end of Unalaq (if DAS is like the regular Avatar State even Unalaq's spirit is gone). That being said Vaatu is a primal force and from what the series specifically tells us he WILL be born again within Raava.

If you are asking about more appearances: The Wall Street Journal from Nov 22, 2013 interviewed series creators Michael DiMartino & Bryan Konietzko about the show and what would be in store for “The Legend of Korra Book 3: Change.”

Here's what was said about the Dark Avatar:

A few more questions from Twitter. @thebarkingdog asked “Will we see more of the Dark Avatar?”

DiMartino: Probably not. Korra pretty much defeats him, so.

To read the whole article you can ckick HERE, but be warned their are spoilers for Season 2 (which just finished) as well as some talk about the upcoming season. If you would not like any details on Book 3 you may want to give the piece a miss.

I will say that DiMartino & Konietzko do make the comment in the WSJ article that the Avatar Universe is something they feel they will revisit again-and-again in the future. So one-day we may just find out what happens in 10,000 years...

I'm guessing it will, just like the Avatar cycle did. So, in theory, a Dark Avatar will be born in the Earth Kingdom soon, and will be able to master Water and Earth. By the fourth Dark Avatar, I assume, he/she will be equal to the Avatar. Let's just hope the Dark and Light Avatars never die at the same time, from the same nation. :P

In a prior episode, Unalaq threatened to destroy destroy Jinora's spirit with a dark version of his water-based spirit bending. The big Vaatu-Unalaq thing attempted the same thing on Giant Blue Korra; and then when she rescued that portion of Raava that Jinora (somehow) managed to implant in Vaatu, Korra used that same waterbending technique on Vaatu-Unalaq.

It seems likely that Vaatu has been destroyed entirely,and so has Unalaq. So no, there will be no reincarnation for either of them -- though as Raava described in Beginnings, it is entirely possible that Vaatu will regrow within Raava (and therefore within the Avatar).

Remember the Avatar state (maybe be it the light or dark), is the Avatar's strength and weakness. If killed in the state, then the cycle would be broken and the Avatar will not exist. Well, that's what Avatar Roku said. Then again, Unalaq was in the Dark Avatar state when he was Unvaatu-zilla. So, if he was killed in that state, the cycle would probably be broken. Well, that's all up to Mike DiMartino and Bryan Konietzko.

It makes you wonder though, what would happen to the Avatar 10,000 years into the future when Vaatu emerges out of Raava? Would this Avatar be bipolar?

For there to be peace there must also be a chaos...

I just hope they dont make the Chaos Avatar a two-dimensional tool like every other villain in Korra. Maybe instead if brute force he/she uses trickery a la Varrik to provoke war.

The Cycle of Dark Avatar is over. Simply because Unalaq was in Dark Avatar State and connection between Vaatu and Unalaq was destroyed. Of course, Vaatu will reborn inside Raava but it will take some time.

Dark Avatar Unalaq was technically in the Avatar State when he died. Killing the Avatar while in the Avatar State (this applies to dark and light) would sever the connection between the human and the Avatar Spirit, thus preventing another Avatar, because a harmonic convergence (or some other surge of energy) would be needed to remerge the spirit to a human. In addition, Killing an Avatar while in the Avatar State would not necessarily destroy the spirt. When Azula destroyed the Avatar Cycle, she did not necessarily destroy raava, she simply severed Aang's connection to her. Korra, however, also destroyed Vaatu with the cleansing technique. In the future, however, the Avatar would cease to continue anyway(for another 70 years, at least) because there would be no source of energy great enough to permanently merge them. In fact, because harmonic convergence supposedly only happens if the portals are open, the only possible way for Raava to merge with someone else and continue the cycle would be to temporarily merge with someone, and open the portals with them, then remerge permanently.

Um no. There is no more dark avatar. Korra destroyed him. And even if he were to be renin inside another human host, He would only have water. The reason The Avatar has all four elements is because 10,000 years ago, Wan split Raava and Vaatu, and then to fix his mistake went to different lion turtles to gain the other elements. Wan was a master of all four elements before he fused with Raava, hence why the avatar has all four. So unless whoever the dark avatar may be goes and searches for lion turtles and gets bending from them (which they wouldn't give him) he would soley have water. However, the dark avatar cycle was broken before it began by Korra when she turned Vaatu and Unaloq light and destroyed them. Unalouq is gone forever, and Vaatu is gone for the time being. As Raava told wan though, "he can not destroy light anymore than I can destroy darkness, one can not exist without the other. Even if Vaatu wins in this encounter, light will grow inside him until I spring free from him, the same holds true if I win" so as korra destroyed Vaatu during the Harmonic Convergence, Raava won that encounter. Eventually, a new Vaatu will spring free from Raava... And the Avatar. But that Vaatu would not be combined with a human as he was with Unaloq. The only way would be if he fused during the next Harmonic Convergence which isn't for another 10,000 years. And to prevent this, the Avatar could easily close one of the spirit portals, which Korra chose to leave open, and reopen it after the harmonic convergence. Because remember if even one of the portals are closed, the harmonic convergence won't happen.

The thing is that if you remember, Wan wasn't the one giving the elements, Rava was. So even if the DAS was to continue (which it won't, he was killed in the avatar state, no matter how pretty it was, you have to accept it) the person would be limited solely to the element that they have. And besides, who's to say that the only reason the cycle goes that way is because that was the order Rava obtained it, hence DA not being able to happen. And a future avatar is going to have one hell of an issue with Vatuu when he comes back (maybe since he regrows from Rava, he will to be bound to the avatar, just fruit for thought).

Vaatu cannot be destroyed. There are references to "light can't exist without the darkness" throughout the 2nd season. So Vaatu is banished until he can grow strong again and the battle resumes.

Topdown looking at the tree of time and the 2 portals, you can see that it is a Yin/Yang sign. Cosmic balance and all that... 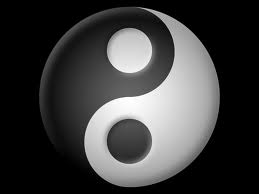 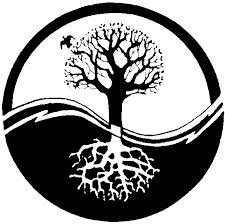 Now, the depiction of Tree of life and the 2 portals in the cartoon 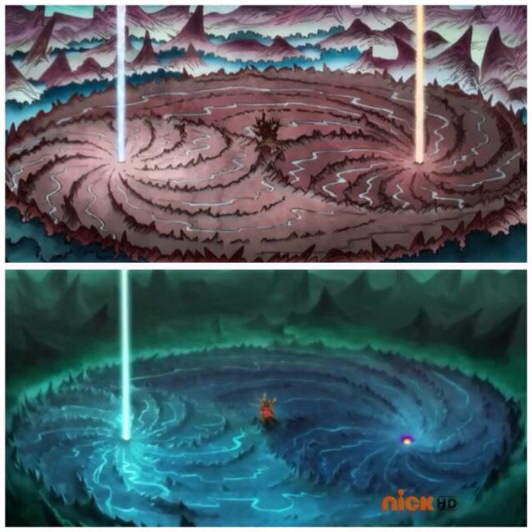 You can't destroy a part of something without destroying the Whole. One can't exist without the other. So Vaatu can't be dead, otherwise Rava would be dead too! And moving along, if Vaatu can't be killed, that means that the dark avatar cycle can continue, but Korra did banish Vaatu, so it will probably take a long time for a Dark Avatar to resume his/her cycle.

I believe that he will be back with rage because twice the avatar sent him back into the spirit world...

We all know that the Avatar cycle ends when the Avatar dies in the Avatar state. Since Unalaq died when in the dark Avatar state, the cycle will not continue. But that doesn't mean Vattu won't be the main enemy in the third book. I think that in the third book either the conflict between humans and spirits will cause Vattu to grow faster or that someone will pull Vattu out of Korra early just like Korra did to Unalaq

7
What happened to Vaatu?
1
What happens to Raava after fusion with Avatar?

6
What evidence is there that Amon really used bloodbending to take away bending of the other characters?
7
What happened to Vaatu?
10
How did Toph know that Korra was the Avatar?
5
How long do the first 3 books of Korra take?
2
Will the next avatar after Legend of Korra be able to master all four elements?
5
How many people died in the Legend of Korra?
2
Why did Korra not use the Avatar state sooner in Book 3?
3
After ATLA series ended and the Harmony Restoration Movement came to a close, what was Katara's next role?
1
Would the order of the avatar cycle change after Korra started a new cycle?