Did Starfleet personnel have to learn Cardassian to use the computers on Deep Space Nine?

Recently a friend pointed out the Cardassian styling of the consoles in the Ops Center (and other consoles) on Deep Space 9. I've seen no evidence that the consoles have been switched out with LCARS-style interfaces, so how did Startfleet personnel use these consoles?

Was knowledge of written Cardassian a pre-requisite for being stationed on DS9? Or were the consoles translated in some way to English but the Cardassian stylings were kept? Or was the operations of the space station easy and intuitive enough to figure out that you didn't need a translation? 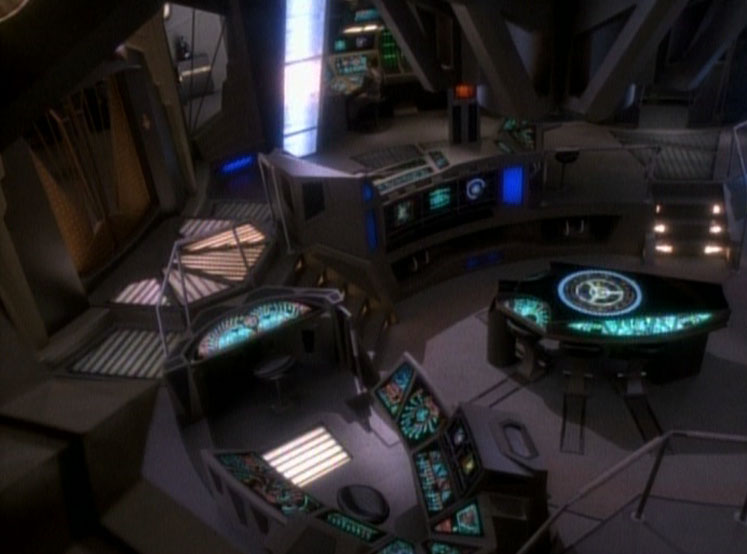 Probably not the actual language - for example, in the season 1 episode Babel, the screens are rendered in English (the second screen is nonsense because Bashir had become infected with the aphasia virus):

But they would have had to have learned a whole new interface - think of it like transitioning from Windows to OSX or Ubuntu.

There's no reason the Cardasian computers couldn't support multiple language packs. They probably just changed the default. Also, we see that the promenade directory is published in at least 8 languages "English, Bajoran, and Ferengi being some of the recognizable ones." That list appeared to be a monitor, so the Cardasian computers almost certainly support language switching.

Not the answer you're looking for? Browse other questions tagged star-trek star-trek-ds9 languages or ask your own question.

2
Whose derelict ship do Boimler and Mariner find?